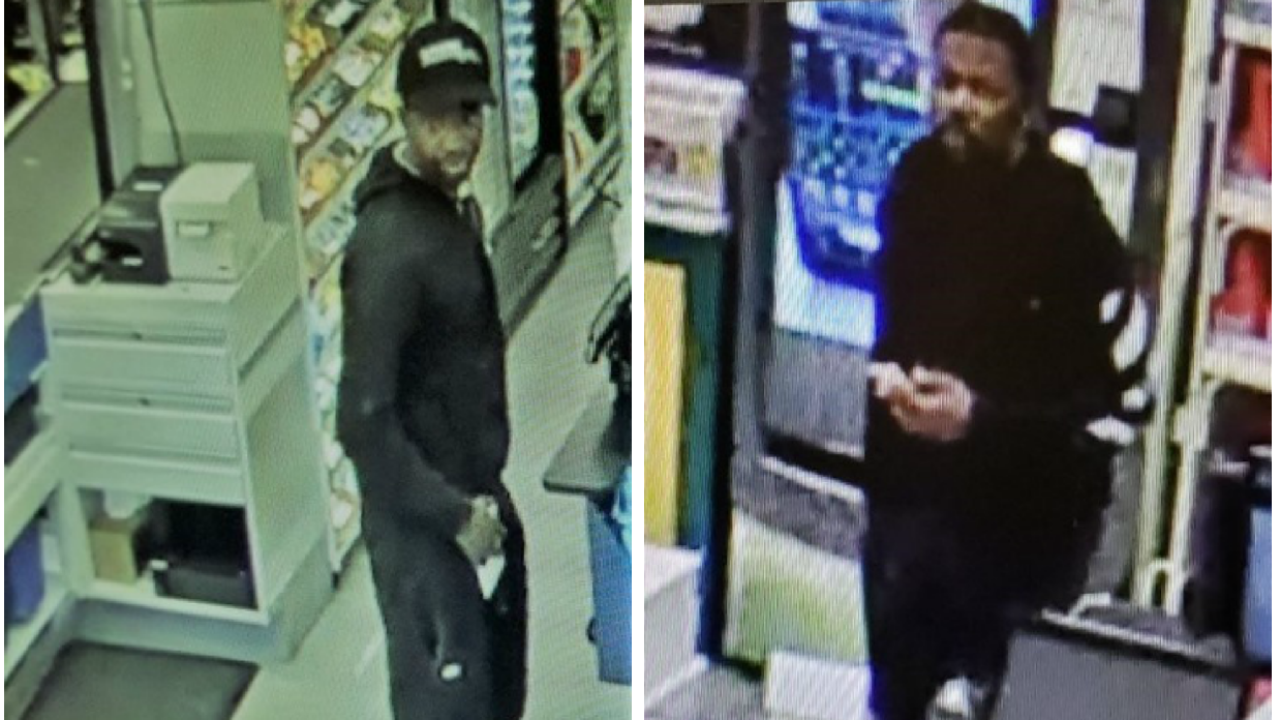 CHESTERFIELD COUNTY, Va. — Police are asking for the public’s help to identify two men who attempted to pass counterfeit bills in Chesterfield and Amelia Counties.

Investigators say the Chesterfield incident occurred on October 18 at about 3:40 p.m.

The incident occurred at the GameStop in Hancock Village when the suspect is accused of attempting to purchase a gaming system with cash.

When the clerk checked the bill, it was discovered that it was counterfeit.

The suspect, who is described as a black male, 25-29 years of age and dressed all in black, took the counterfeit bill back and fled towards the McDonald’s.

Police say the suspect was apparently involved in a similar incident in Amelia County on the same day. During the Amelia incident, there was a second suspect present who was not observed in Chesterfield.

Crime Solvers is offering a cash reward up to $1,000 for the case which is the Crime Solvers Crime of the Week. Tips will remain anonymous.

If you have any information about any unsolved crime and/or wanted person in Chesterfield County or Colonial Heights, call Crime Solvers at 748-0660, or use the P3-Tips mobile app.