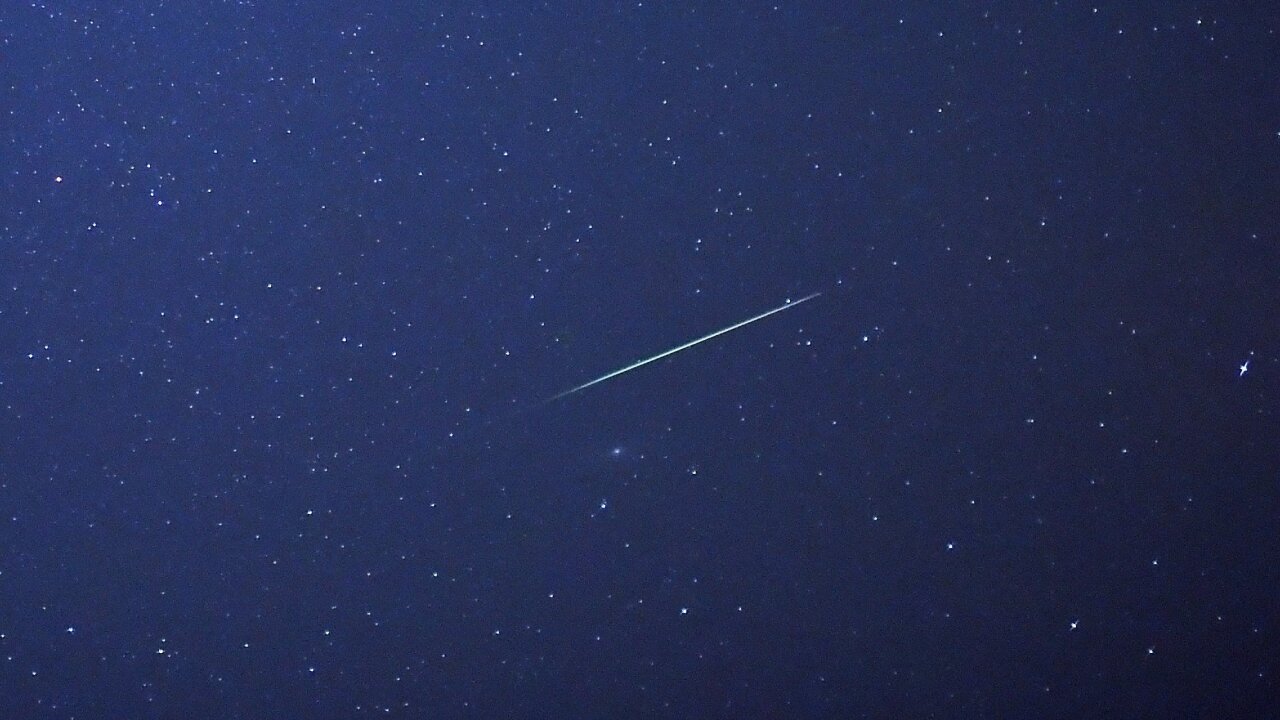 The Eta Aquarids meteor shower is back for its annual show, and scientists say it should be most impressive over the next two nights. Full credit: Hendrik Schmidt/dpa/AFP/Getty Images

In the early morning hours on Monday, the Leonid meteor shower will send shooting stars across the sky. Look up on Saturday and Sunday night as well to spot bright meteors with trains streaming behind them.

But the meteors may be harder to see because of the bright moon in the Waning Gibbous phase just after this week’s full moon.

Additionally, skies are expected to be mostly cloudy across Central Virginia Sunday night into Monday morning.

The diminutive Comet Tempel-Tuttle will cross Earth’s orbit, creating a vaporizing shower of debris in the atmosphere. The comet takes 33 years to complete one orbit of the sun.

Typically, there are between 10 and 15 meteors per hour. Check online to see when it will be visible in your part of the world.

The bright meteors can also be colorful, and they’re fast, moving at 44 miles per second — among the fastest meteors. Fireballs and “earthgrazer” meteors are also a hallmark of the Leonid shower. Fireballs are brighter and larger and can last longer than the average meteor, while earthgrazers appear close to the horizon with long, colorful tails.

Unfortunately, this year’s shower won’t produce a meteor storm, which is when you can see upward of 1,000 meteors per hour. Although such an event has been associated with the Leonid meteor shower before, the last storm happened in 2001.

The best time to see the meteor showers will be between midnight and dawn on both mornings, wherever you are in the world. If you live in an urban area, you may want to drive to a place without city lights to obstruct your view.

Find an open area with a wide view of the sky, and don’t forget to bundle up. If you want to photograph the Leonid meteor shower, NASA suggests using a camera with manual focus on a tripod with a shutter release cable or built-in timer, fitted with a wide-angle lens.