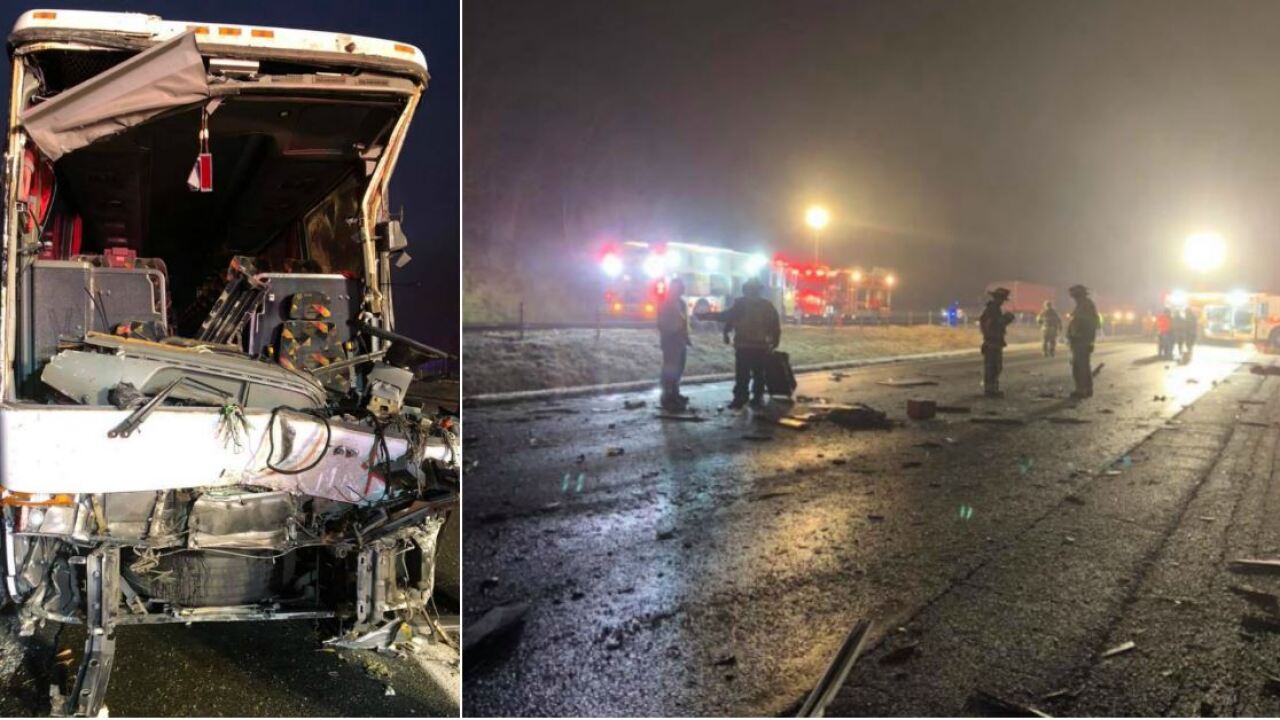 ALBEMARLE COUNTY, Va. -- More than a dozen people were taken to the hospital after a bus struck a crashed tractor-trailer on Afton Mountain, at the Augusta and Nelson County line, early Sunday, according to Virginia State Police.

Interstate 64, which was shutdown around mile marker 100 following the 4:30 a.m. crash, has since reopened.

"There were 20 passengers and a driver on board the bus," the bus spokesperson continued. "The drivers of the tractor-trailer and bus were among the 15 individuals transported to University of Virginia (UVA) Medical Center in Charlottesville for treatment. Four others have been transported to Augusta Health Medical Center for treatment. There are no reported fatalities at this time. Injuries range from serious to minor."

Officials with UVA Medical Center said 20 people were "evaluated" after the crash.

Four were admitted to the hospital and were in fair condition as of about 5 p.m. Sunday.

Staff at UVA Medical Center evaluated a total of 20 persons involved in the accident on I-64 at 4:30 this morning.
Of the 20 evaluated, 16 persons were discharged from the emergency department, and four were admitted.

All four persons admitted are in fair condition.

At least seven other minor chain reaction crashes were reported as a result of the initial crash.

The Virginia Department of Transportation reported icy conditions and thick fog in the area. Virginia State Police blamed the crash on weather conditions.

Silver Lining Tours is based out of Troy, Virginia. 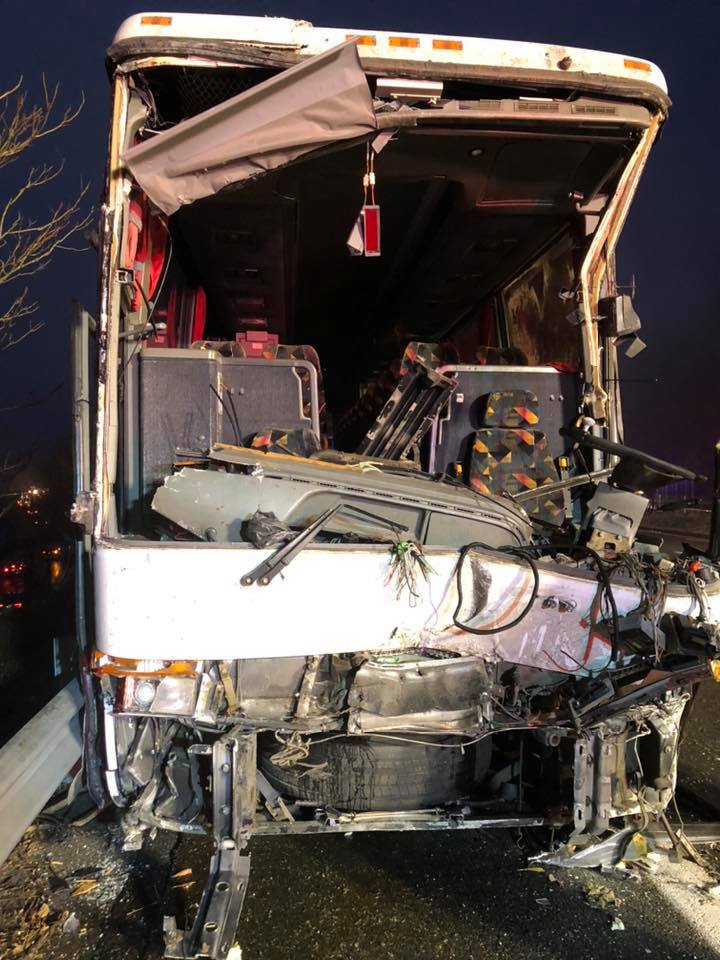