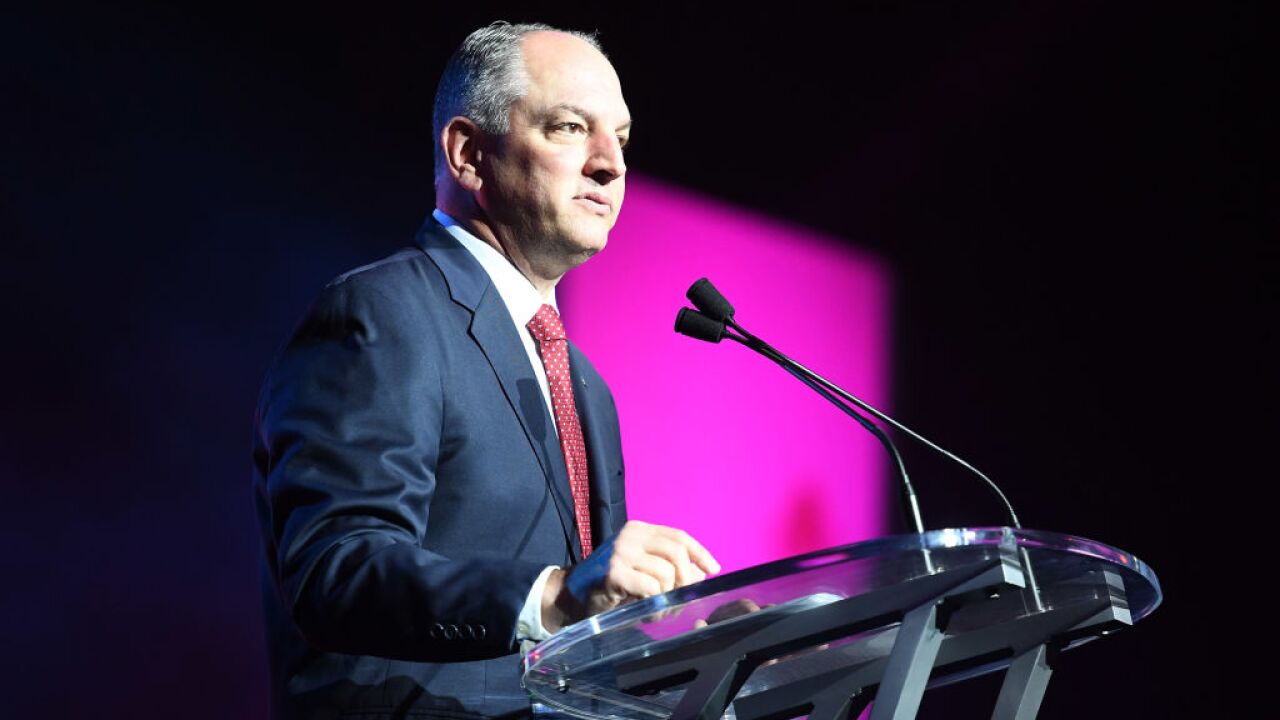 Edwards will claim victory in a deep red state Trump won by 20 percentage points in 2016, and against a businessman who closely aligned himself with the President. Trump held two rallies in Louisiana over the past 10 days, but the attempt at a last-minute boost was not enough to carry Rispone over the finish line.

This is the second Democratic gubernatorial victory in a red state this month, coming after a Democratic victory in Kentucky. Democrat Andy Beshear defeated Republican Gov. Matt Bevin in a state that Trump won by 30 percentage points in 2016.

“Tonight, the people of Louisiana have chosen to chart their own path,” Edwards told a crowd of supporters in the state Saturday night. “You know, I have never been more hopeful that Louisiana’s best days are ahead, because we’ve proven what we can do when we put people over politics.”

Edwards said he spoke with Rispone earlier in the evening.

“We both agreed that the time for campaigning is over, and now our shared love for Louisiana is always more important than the partisan differences that sometimes divide us,” Edwards said.

“And as for the President, God bless his heart,” Edwards said, which was met with laughs and cheers from the crowd.

“If this campaign has taught us anything, it’s that the partisan forces in Washington, DC, are not strong enough to break through the bonds that we share as Louisianans,” Edwards said, adding: “There is far more that unites us than divides us.”

Rispone, meanwhile, thanked his supporters for the campaign efforts and called out Trump, in particular, for his backing.

“We have nothing to be ashamed of,” Rispone told a crowd of supporters in the state. “We had over 700,000 people in Louisiana really want something better and something different.”

“Can we give President Trump a round of applause,” Rispone said. “That man loves America, and he loves Louisiana. He came down here three times specifically to try to help us.”

Last month, Edwards was forced into a runoff election after falling short of the majority vote needed to clinch reelection. He was the top vote getter (47%) in the jungle primary in which all candidates, regardless of party affiliation, ran against each other. Rispone got 27% of the vote, Republican Ralph Abraham got 24%, and Republican Patrick Landry got 1%.

Edwards, 53, is the only statewide elected Democrat in Louisiana. He has accomplished the national Democratic priority of expanding Medicaid, but has been far to the right of his party on some social issues — including abortion rights and gun control. He is a former Army Ranger who describes himself as pro-guns and a pro-life Democrat. Earlier this year, Edwards signed a bill banning abortions once a heartbeat is detectable with no exceptions for rape or incest.

He was the minority leader of the Louisiana House of Representatives before being elected governor in 2015. As governor, Edwards signed an executive order to expand Medicaid in the state, and supports a modest increase to Louisiana’s minimum wage, according to his campaign website. He touts cutting taxes and state government spending while in office, and working across party lines.

Rispone is a 70-year-old businessman with a background in construction, and is a first-time candidate. A longtime donor, he spent millions of dollars of his own money on his campaign. He billed himself as a “conservative outsider,” and is an ardent Trump supporter. He campaigned on banning sanctuary cities and cracking down on illegal immigration, and is a vocal critic of the ongoing impeachment inquiry.

Edwards won office back in 2015 on somewhat of a fluke. Polling showed him only clearly beating one Republican in a runoff, scandal-ridden David Vitter, and Vitter was the Republican who managed to secure a runoff spot alongside Edwards. Edwards was helped by then-Republican Gov. Bobby Jindal driving up the state budget deficit and providing the political environment for Edwards to win.