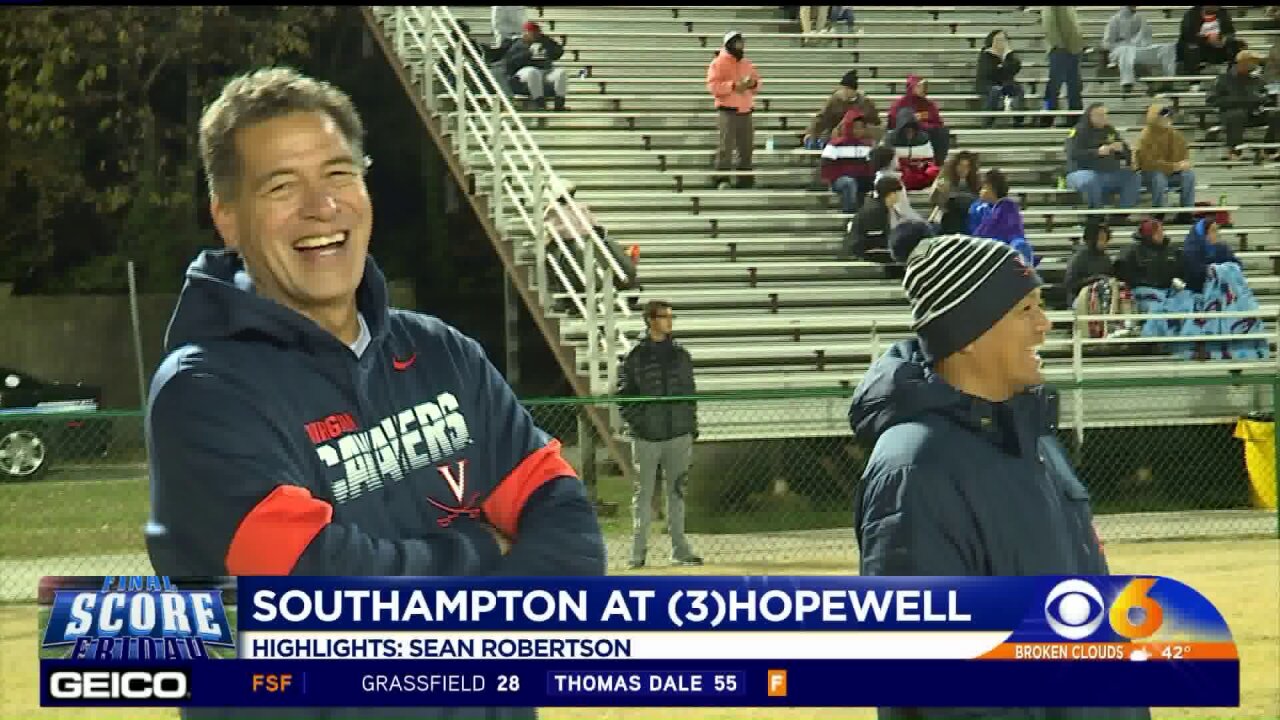 Hopewell, VA - With coaches from UVA in attendance, Hopewell's Trey Henderson showed once again why he is considered one of the best players in the state.

Henderson rushed three times for 185 yards and three td's and added a receiving touchdown as the Blue Devils advanced to the second round with a 61-8 win over Southampton.