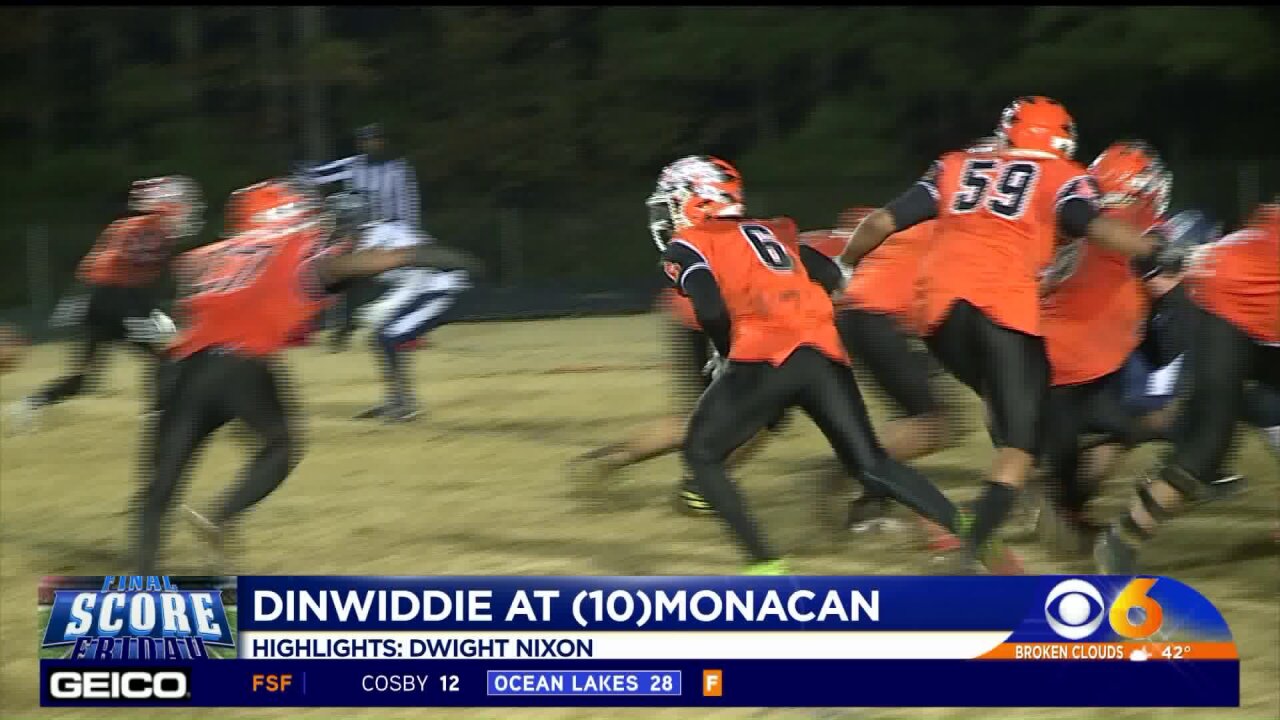 Chesterfield, VA - In the last two weeks, the Dinwiddie offense has gone through and around running back Robert Barlow.

Against Thomas Dale, Barlow rushed for 309 yards and five touchdowns.  Friday night, the opponent was Monacan, a team the Generals has seen in the playoffs four of the last five years, he had 279 yards on the ground with seven touchdowns in Dinwiddie's 49-27 win.

Over the last two games, Barlow has rushed for 588 yards and 12 touchdowns.

The Generals have won the last four playoff meetings against Monacan, who lost two straight to end their season at 8-3.