Springers down Henrico 38-21 in first round of playoffs, extend winning streak to 40 straight 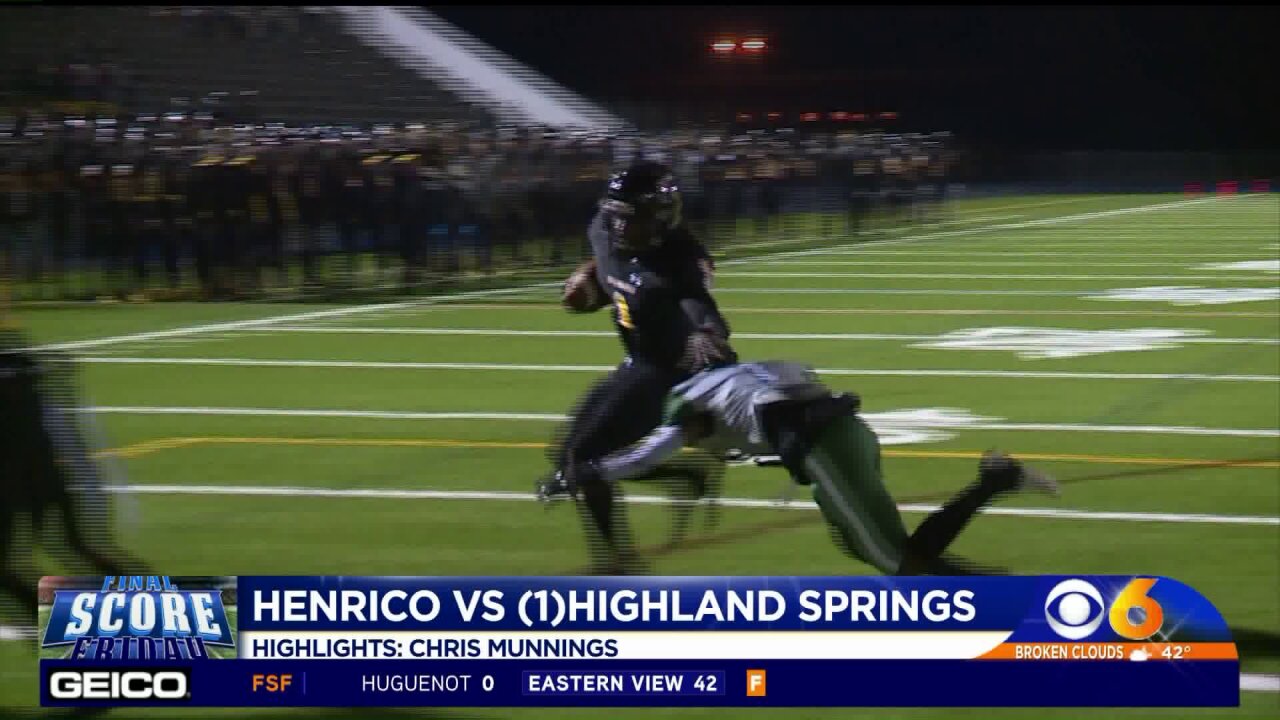 The Highland Springs Springers winning streak rolls on with a 38-21 win over Henrico, which was also their 22nd straight win over the Warriors dating back to 2000.

Quarterback Jamareeh Jones ran for 93 yards and two first quarter touchdowns. But Jordan Jackson led the Springers with 133 yards on the ground and three scores.

But after rolling out to a 21-7 lead after the first quarter, the Warriors kept the game relatively close. Head coach Gerald Glasco had a week to prepare for the Springers and promised a better effort out of his team than earlier this year when they lost at home to Highland Springs 41-8.

Fred Jones scored twice for the Warriors, once on a 92 yard kickoff return, but they were outgained 381-119 by the four time defending state champs.