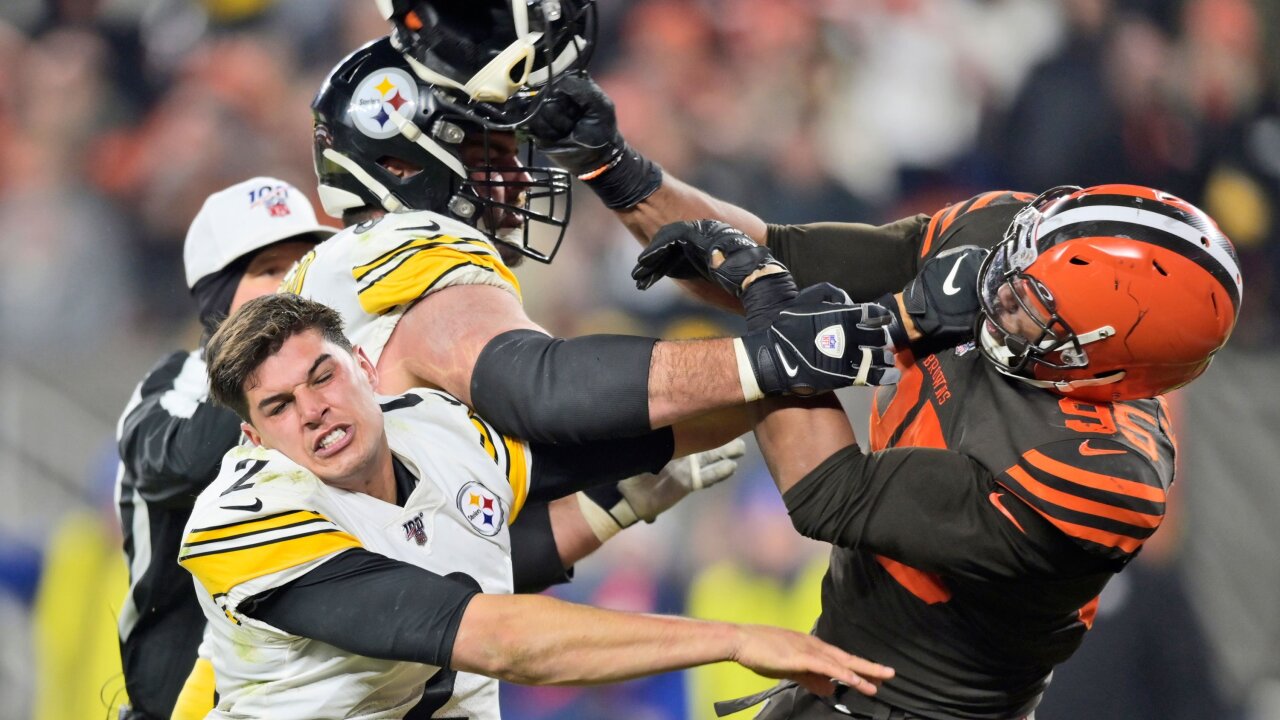 The NFL has suspended Cleveland Browns defensive end Myles Garrett without pay indefinitely — and at least for the rest of the season — for Thursday night’s brawl in which he clocked an opponent in the head with a helmet, the NFL said Friday.

Two other players also have been suspended without pay for their role in the fight: Pittsburgh’s Maurkice Pouncey (three games) and Cleveland’s Larry Ogunjobi (one game).

Garrett’s minimum suspension puts him out for six regular season games and any playoff games this year — one of the longest suspensions for on-field incidents in NFL history.

The brawl came at the end of the Browns’ 21-7 win over the Pittsburgh Steelers.

Garrett ripped off Steelers quarterback Mason Rudolph’s helmet and hit him in the head with it, sparking a fight that descended into chaos as players from both sides spilled onto the field.

The NFL will be issuing additional discipline for other players in the coming days. All suspensions may be appealed under the collective bargaining agreement.

This is a developing story. More to come.