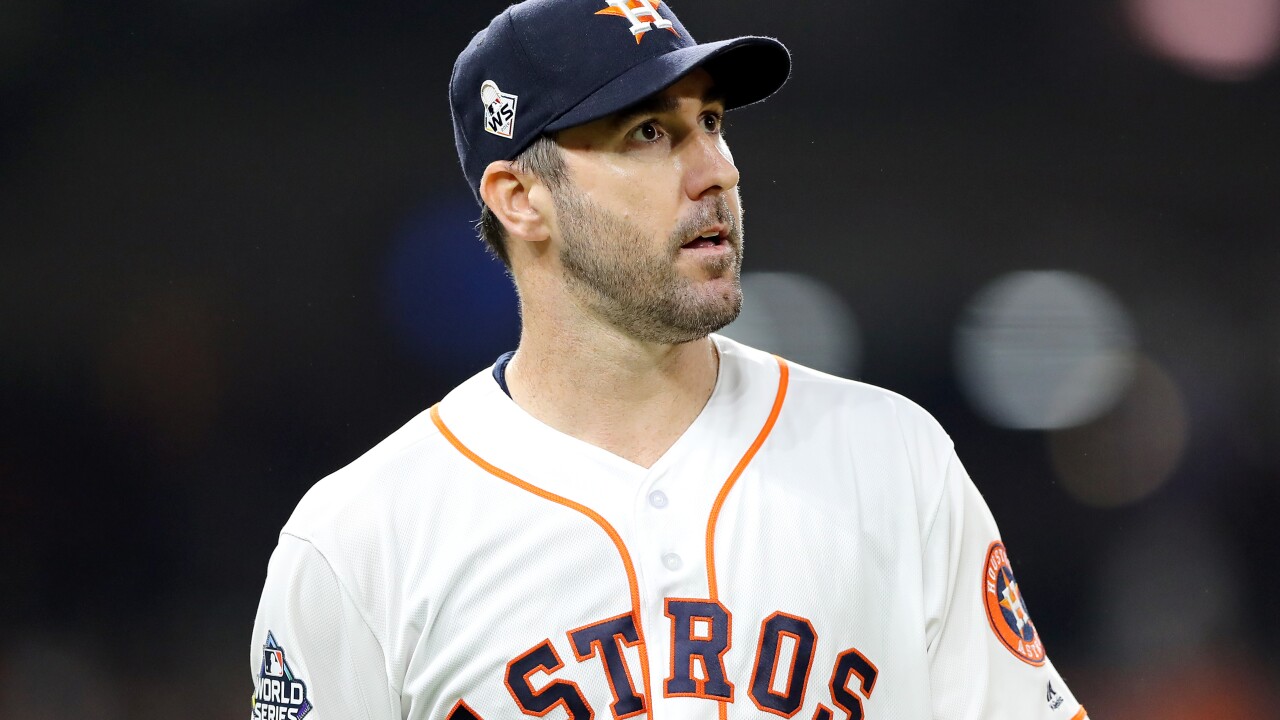 HOUSTON, TEXAS – OCTOBER 29: Justin Verlander #35 of the Houston Astros reacts after allowing a solo home run to Juan Soto (not pictured) of the Washington Nationals during the fifth inning in Game Six of the 2019 World Series at Minute Maid Park on October 29, 2019 in Houston, Texas. (Photo by Elsa/Getty Images)

HOUSTON — Goochland native and Houston Astros pitcher Justin Verlander won the 2019 American League Cy Young Award. The award is given annually to the best pitchers in both the American and National leagues.

Verlander, who pitched for both Goochland High School and Old Dominion University before turning pro, previously won the award in 2011.

Best time of the year! October baseball! Let’s goooooo!!! Honored to be on the @SInow cover with my good friend @gerritcole45 pic.twitter.com/sgouVyqVkz