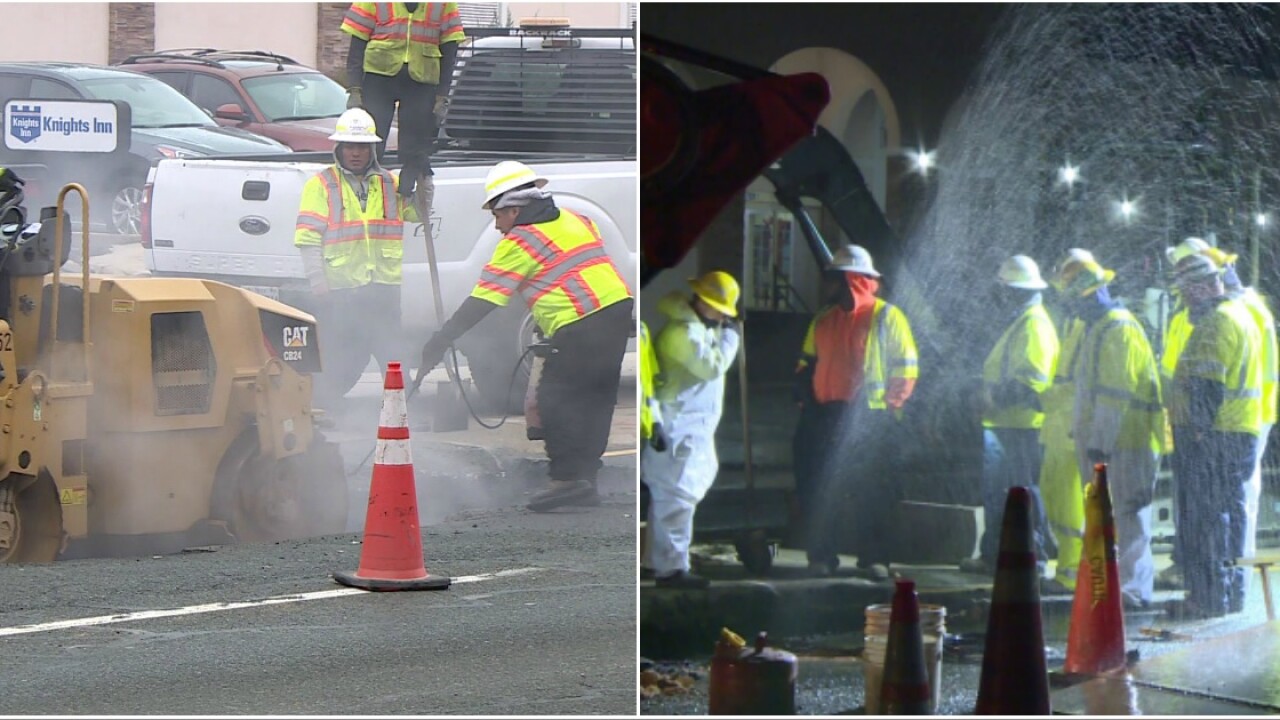 HENRICO COUNTY, Va. -- At busy intersections and roads throughout the county, Henrico has seen its fair share of water main breaks in the past few weeks.

Crews were called to water main breaks on Parham Road, on West Broad Street near Willow Lawn and on Lakeside Avenue all within about a two-week span.

Thursday evening, crews were call to another break on West Broad Street near Emerywood Parkway in western Henrico. Crews continued to work to get the road cleaned up into Friday morning.

Henrico Department of Public Utilities Assitsant Director Bentley Chan said water main breaks like these are typically caused by drastic fluctuations in temperature. He said the ground will expand and contract due to extreme cold or heat -- causing pipes to break.

Chan said crews start ramping up resources in October and November in anticipation -- and have two after-hours crews just for that purpose. He said some of those crews helped clean up Thursday's break on West Broad.

He said the season where crews anticipate more breaks usually lasts from November through around February.