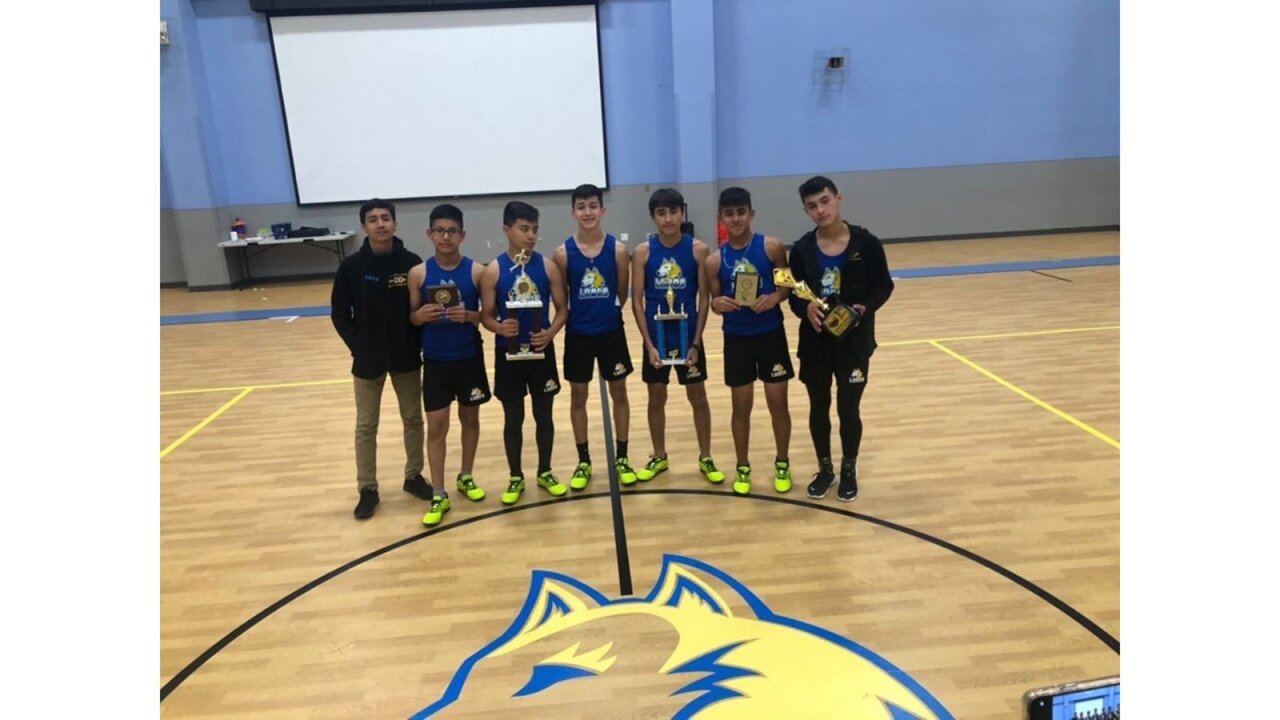 When Monica Gutierrez sent actor Ashton Kutcher a text and asked him to help her son’s cross-country team get new shoes, she wasn’t really expecting a response. After all, he’s a celebrity with millions of followers on social media.

But the star of “That ’70s Show” not only replied, he sent brand-new shoes to the team last month, so the boys have them in time for their regional meet.

Gutierrez told CNN that this was her 13-year-old son Oswaldo “Ozzy” Briones’ first year running on the IDEA Tres Lagos cross-country team. He’s in the eighth grade at the school in McAllen, Texas.

She got the idea to contact Kutcher after one of his teammates was hurt because he was racing in his everyday school shoes — which weren’t appropriate for running.

“If I could have bought them myself, I would have done it,” Gutierrez said, but she said that she’s a single mom with three kids and just couldn’t afford it.

The team’s parents were trying to organize a fundraiser, when Gutierrez saw that Kutcher had made an Instagram post inviting people to text him.

“I’ve been following him for a long [time] and I know about all the work that he does for the kids and everything, and I thought ‘Come on, let’s give it a shot,'” she said.

She got a friendly auto-reply message from Kutcher with a link to community.com, a service used by some celebrities to communicate with her fans.

A few days later, she got another message telling her to email one of Kutcher’s representatives to tell him what they needed.

Gutierrez said she got the boys’ shoe sizes and the team’s coach told her what kind of shoes they needed.

“I didn’t think much of it, I didn’t know if it was true or if I was being played or if was just something that it wasn’t going to happen,” she said.

Kutcher hosted the practical joke show “Punk’d” for years, so it’s understandable that she would be skeptical.

But there were six pairs of Asics running shoes waiting at her front door on the Friday before the race, she said. One of the boys wore size 13 shoes, so it took a little longer to find shoes that would work.

She said it all came together in less than a week.

The boys were excited about the gift, even though they weren’t familiar with their famous benefactor.

“Some of them were like ‘Who is Ashton?’ like some of them didn’t even know,” she said. “The moms were more excited than the kids were. The moms were the most excited of all.”

She says Kutcher’s representative checked in on the team and wished the boys good luck before the meet.

“I guess it gave them a little bit of push that day,” she said, adding the team won its regional meet and came in third at state.

She said Kutcher’s team didn’t make a big fuss about the gift and he hasn’t bragged about it on social media.

“I don’t think he thought of it as a big deal, he just did it as a genuine gesture for the kids,” she said. CNN emailed the man who Gutierrez said arranged the gift, but he has not responded.

Gutierrez said she’s talking about it because she wants Kutcher and his team to know how much they appreciate his generosity.

“I didn’t expect it to happen and I’m very grateful for it,” she said. “The only thing we want is to say thank you for everything he has done.”