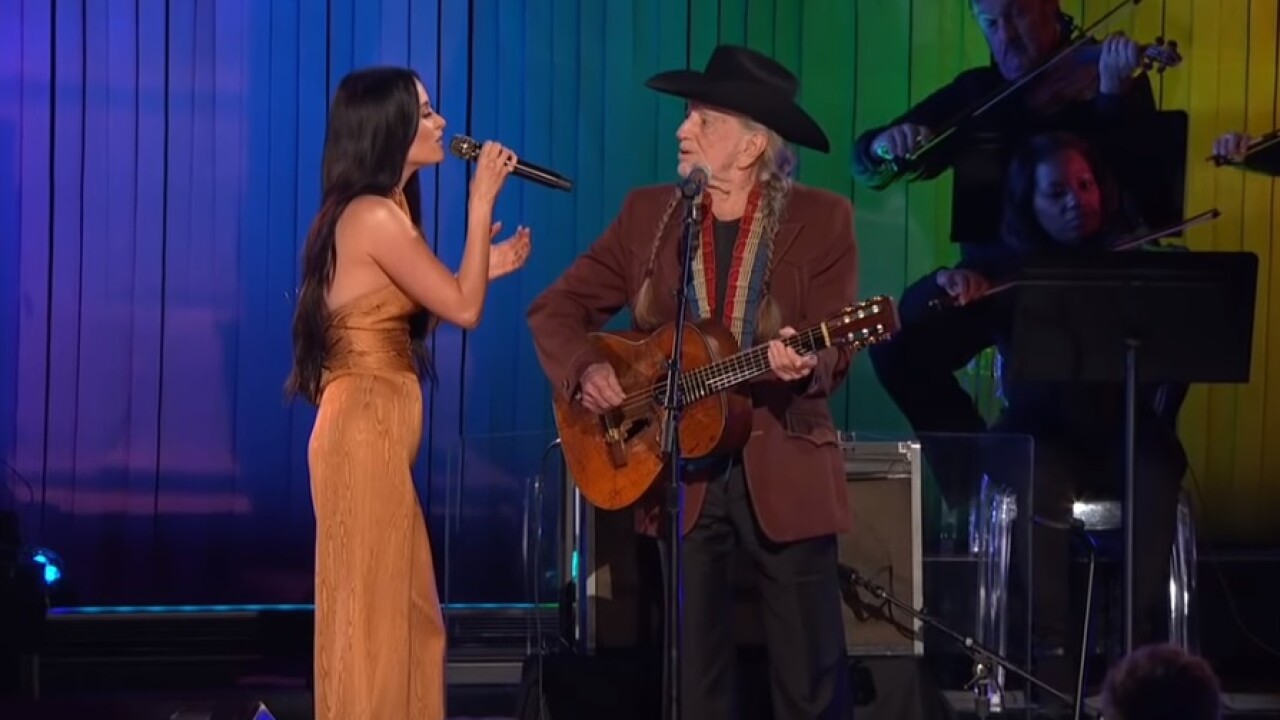 Willie Nelson took the CMA Awards stage for the first time since 2012, joining fellow country star Kacey Musgraves for a rendition of “Rainbow Connection,” the song made famous by Kermit the Frog.

Musgraves and Nelson had previously collaborated on Musgraves’ 2015 album, “Pageant Material” and her holiday record, “A Very Kacey Christmas.”

At one point, it appeared as though Nelson, 86, was struggling for breath, but he pulled off the performance.

In 2015, Nelson had undergone a stem cell procedure for his lungs, saying at the time: “Over the years I’ve smoked a lot of cigarettes, and I’ve had emphysema and pneumonia four or five times, so my lungs were really screwed up, and I had heard that this stem-cell operation would be good for them. So I said, ‘Well, I’m gonna try it out.'”

In August, he postponed the tail end of a tour due to breathing issues. He has since recovered and had resumed touring in September.

The song is celebrating its 40th anniversary this year, debuting as part of “The Muppet Movie” in 1979.