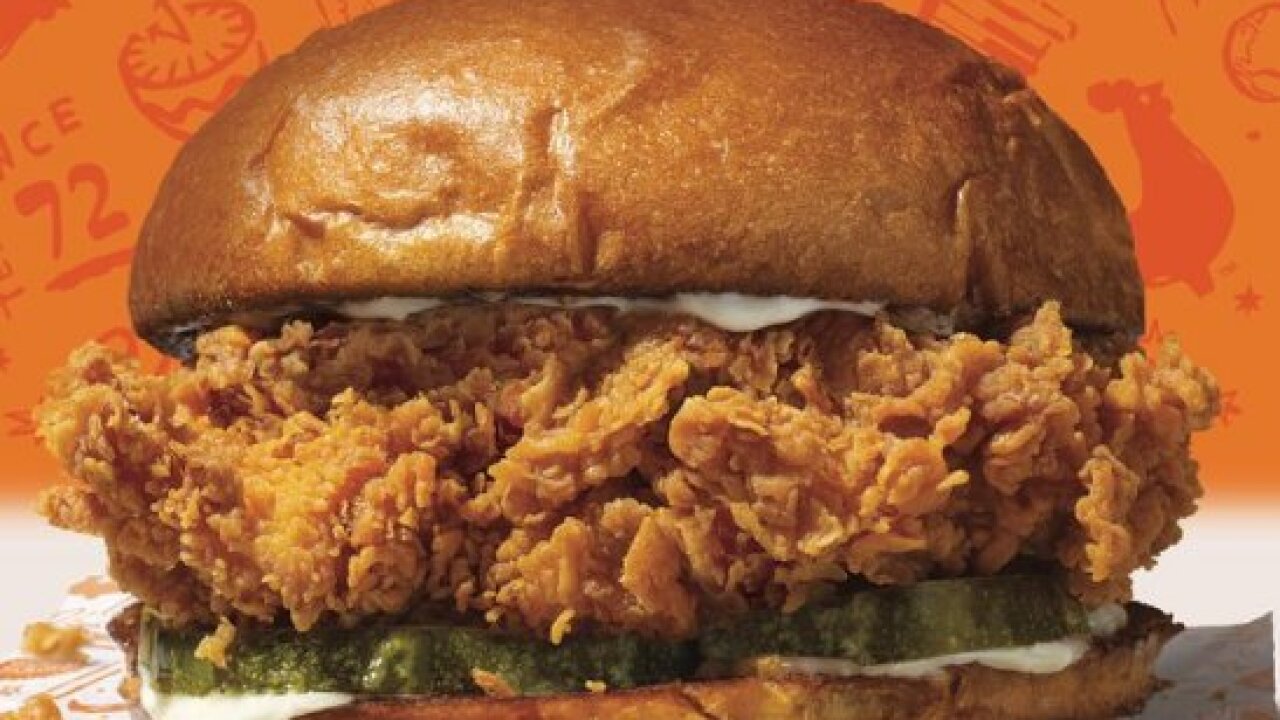 Welcome to 2019, when everything is made up and brands fight on Twitter about which has the best chicken sandwich.

The suspect has been identified as 30-year-old Ricoh McClain, police said in a news release.

The altercation started when 28-year-old Kevin Tyrell Davis cut in line November 4 at the Popeyes in Oxon Hill, Chief Hank Stawinski said at a news conference Thursday. In 15 seconds, it had turned deadly.

Surveillance footage showed several people were waiting in a line set aside for ordering Popeyes’ popular new chicken sandwich when Davis entered the store and cut in front of several customers.

McClain confronted Davis about his conduct and moments later the two went outside the restaurant, where McClain stabbed Davis, police said.

“Over the course of several seconds, (it) then escalated into a homicide. Tragic. And it should be sobering for all of us that violence can erupt that quickly,” Stawinski said.

Stawinski said that despite rumors circulating on social media, the two men did not have a previous history or personal dispute.

Answering reporters’ questions, Stawinski said attributing Davis’ death to a chicken sandwich “marginalizes the grief and belittles the consequences” of his death.

“Quite frankly,” he continued, “if we got this much attention about every pointless murder, we’d be on the road to a better place, both as a community and as a nation. I’m disturbed by the fact that this has been taken in sort of a lighthearted fashion. It’s about the death of a person.”

McClain was first identified by an officer who viewed the security footage from the restaurant and recognized him from interactions he had had with McClain on the street, said Jennifer Donelan, a spokeswoman for the Prince George’s County Police Department.

He was then arrested without incident at a residential address.

Police last week released a photo of McClain and a woman who was with him when he fled. The woman was interviewed and is considered a witness. She doesn’t face charges, police said.