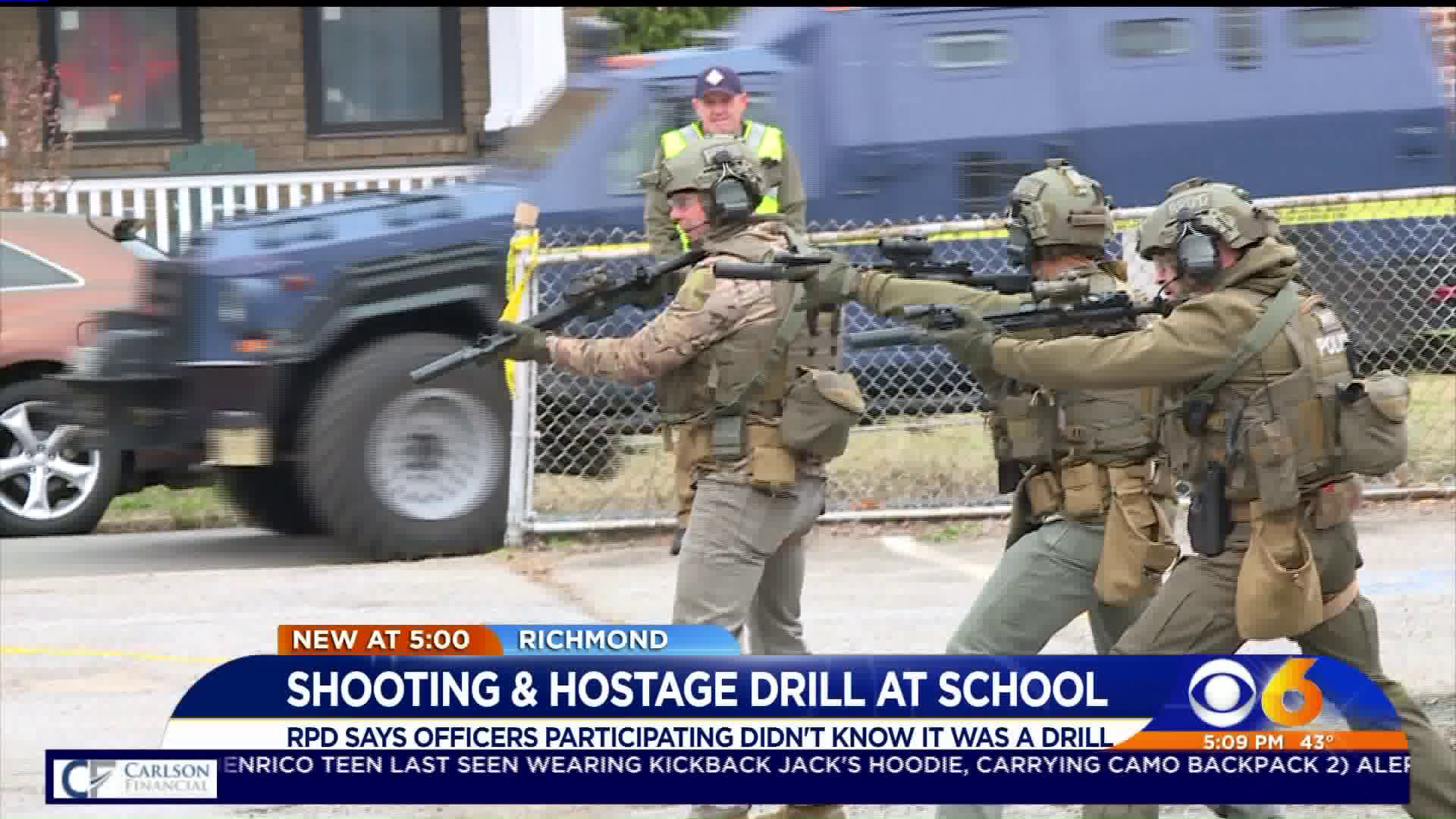 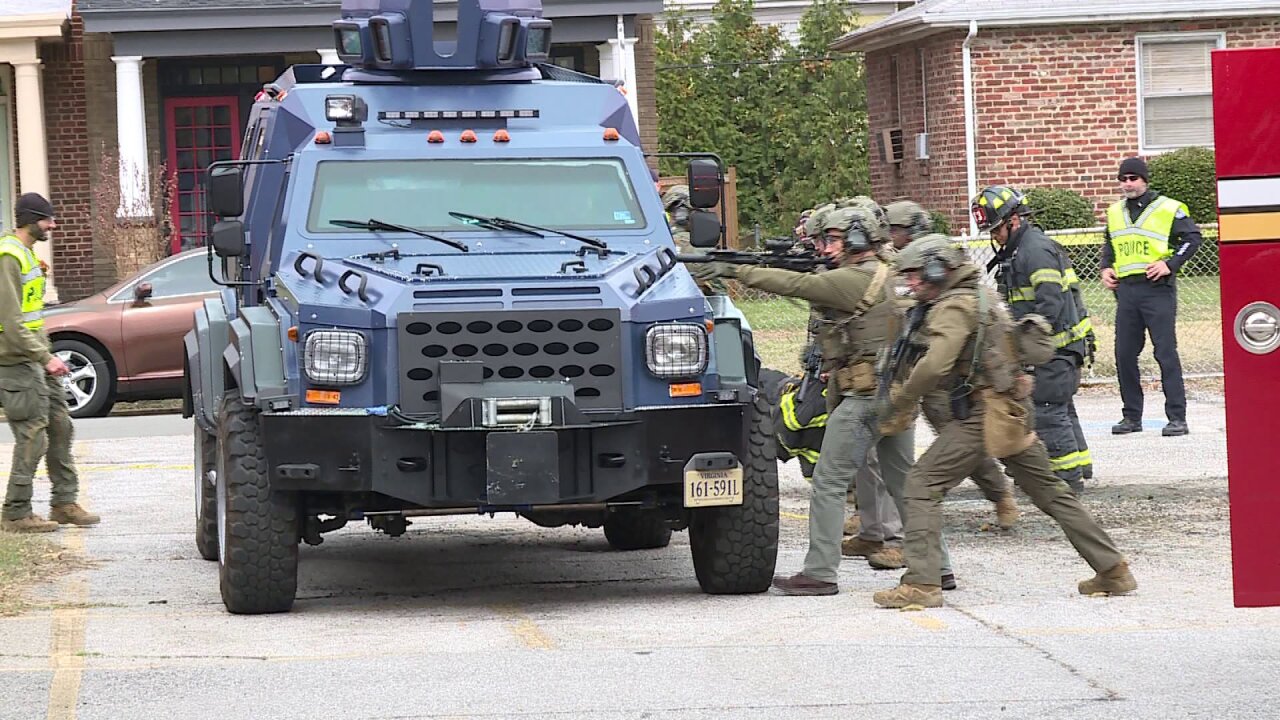 None of the SWAT team members or hostage negotiators knew it was a drill when they were dispatched to the old Norrell Annex School in Battery Park.

Richmond Police Chief William Smith said the goal of the drill was to train officers for the unpredictable.

“We're in a building that we haven't seen or used for training purposes before,” Smith said. “The amount of realism being shown today is an opportunity to make it as real as possible.”

Officers also used the department’s new drone to survey the school and drop off a phone to negotiate with the hostage taker.

Officials said the drone has been used on several real SWAT calls, including one where officers used it to determine whether a suspect was armed from 15 stories above ground.

“The ability for me to tell officers, who are potentially going to have to confront a person who is armed, that I have confirmed they are no longer armed... in my mind makes it worth it,” Capt. Michael Snawder said.

Police said the new drone has also been used on a call to find a person trapped on the James River.