Nikki Haley: ‘I do think we should always protect whistleblowers’ 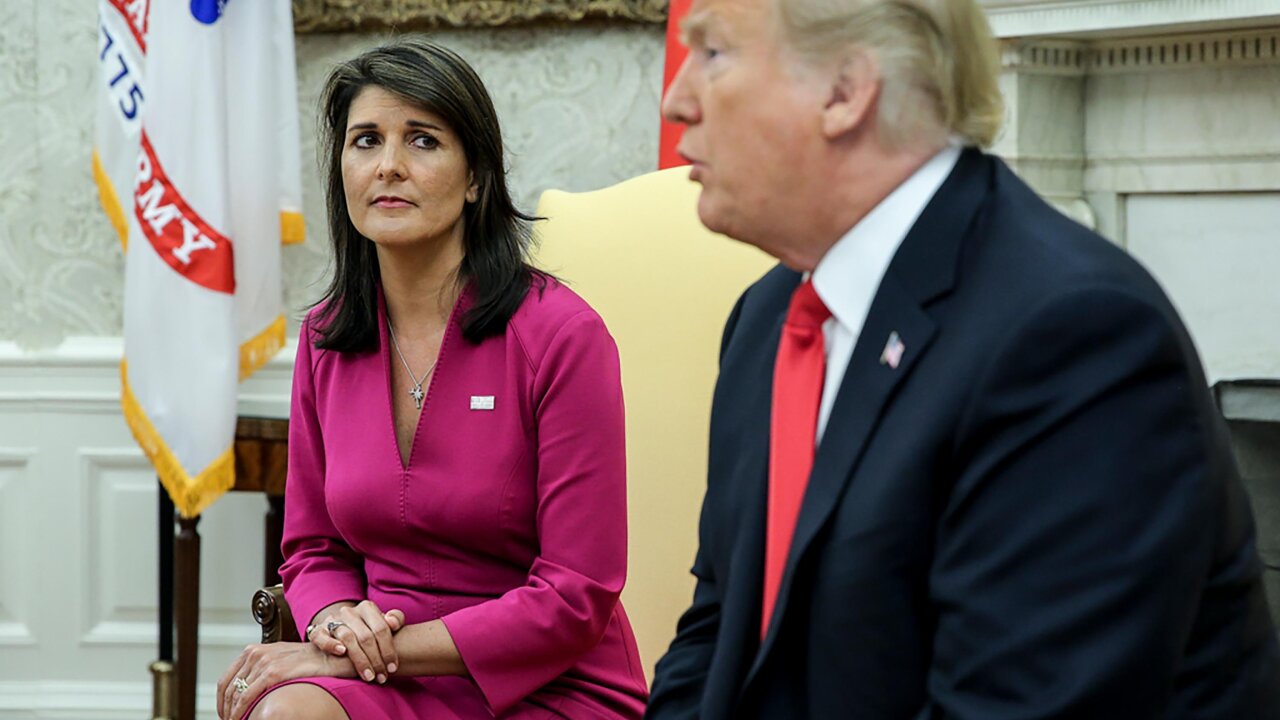 Former US Ambassador to the United Nations Nikki Haley said Thursday that she believes “we should always protect whistleblowers,” a notable departure from President Donald Trump and some congressional Republicans, who have called for the anonymous Ukraine whistleblower to be identified.

Former US Ambassador to the United Nations Nikki Haley said Thursday that she believes “we should always protect whistleblowers,” a notable departure from President Donald Trump and some congressional Republicans, who have called for the anonymous Ukraine whistleblower to be identified.

“I mean, I believe in whistleblower laws. I think you have to protect a whistleblower, and then I think, in turn, the whistleblower has to abide by those laws and the fact that they don’t allow any sort of partisan leaking or anything like that to have happen,” Haley told CNN’s Wolf Blitzer on “The Situation Room.” “We don’t know that that’s happened either, but until then, I do think we should always protect whistleblowers.”

When pressed on if her stance amounted to a disagreement with the President, Haley said, “You can call it disagreeing.”

Haley’s comments come as Trump continues to attack the whistleblower whose complaint document triggered the House impeachment inquiry. The President has said he deserves to “meet his accuser” and has demanded the whistleblower’s identity be revealed.

The whistleblower’s complaint alleges Trump abused his official powers “to solicit interference” from Ukraine in the 2020 election and that the White House took steps to cover it up. Trump has denied any wrongdoing.

Haley on Thursday called impeachment “the highest level of punishment that you can possibly do” and said it was “really hard” to see where the President’s actions rise “to the level of impeachment.” The former South Carolina governor defended the White House’s refusal to cooperate with impeachment investigators, calling the process a series of “political games back and forth.”

“I think he feels like this truly is a witch hunt,” she said. “And so he has his back up, and he thinks that this is all a way for y’all to trick everybody into saying something. I just know how he thinks. And so from that standpoint, he’s going to have his guard up, he’s going to have his back up and think you’re trying to pull his people in so that you can interrogate them or humiliate them or do something else.”

Haley announced her resignation as UN ambassador in October 2018.

Sitting side by side in the Oval Office at the time, Trump praised Haley as a “fantastic person” who has “done an incredible job” and said he would gladly welcome her back into his administration down the line.