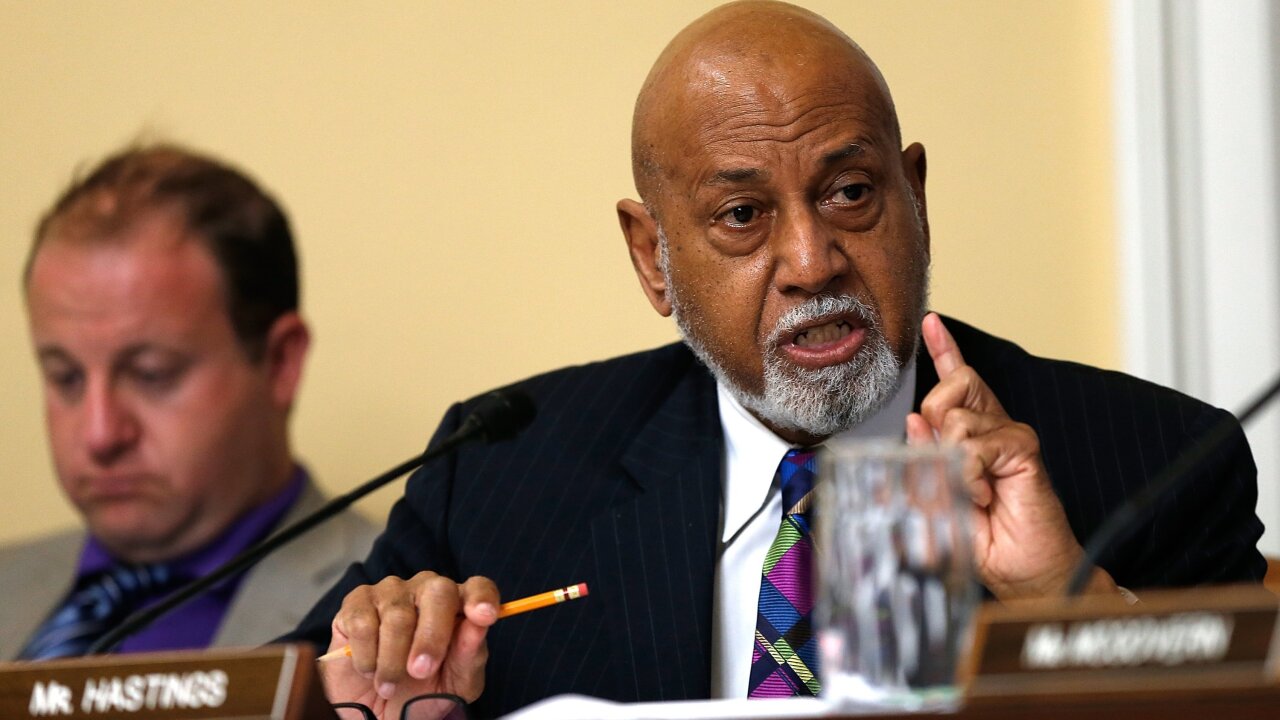 Pictured here, Rep. Alcee Hastings speaks during a debate at a committee meeting in July 2014 at the US Capitol in Washington, DC. The House Ethics Committee announced on Thursday that Democratic Rep. Alcee Hastings of Florida is facing an investigation over allegations of a relationship with one of his staffers.

The House Ethics Committee announced on Thursday that Democratic Rep. Alcee Hastings of Florida is facing an investigation over allegations of a relationship with one of his staffers.

“The Committee is aware of public allegations arising out of Representative Alcee Hastings’ personal relationship with an individual employed in his congressional office. On May 14, 2019, the Committee, pursuant to Committee Rule 18(a), began an investigation regarding the allegations,” a statement released by the chair and ranking member for the House Ethics committee said.

CNN has reached out to Hastings’ congressional office with a request for comment, but did not immediately receive a response.

Hastings told the South Florida Sun Sentinel in a statement that he has “cooperated with the committee,” and that, “As they continue to conduct their work, I stand ready to fully cooperate with their inquiry.”

In an article published in October, the Palm Beach Post reported that the congressman told the newspaper in April that “he remained in a relationship with a member of his congressional staff,” but said that “he is unconcerned with the appearance of impropriety generated by his relationship.”

The statement released by the Ethics committee says, “The Committee is specifically considering whether Representative Hastings’ relationship with the individual employed in his congressional office is in violation of House Rule XXIII, clause 18(a), and whether Representative Hastings has received any improper gifts, including any forbearance, from that employee. The Committee continues to gather additional information regarding the allegations.”

According to the code of official conduct for the House of Representatives, a lawmaker is not permitted to engage in “a sexual relationship with any employee of the House who works under the(ir) supervision.” House rules were changed last year to ban relationships between members and their staff.

The Ethics Committee further stated, “The Committee notes that the mere fact that it is investigating these allegations, and publicly disclosing its review, does not itself indicate that any violation has occurred, or reflect any judgment on behalf of the Committee.”

Hastings first began serving in 1993 and is a member of the House Rules Committee. In January, he announced that he was being treated for pancreatic cancer and that planned to remain in Congress during the treatment, calling it “a battle worth fighting.”

Hastings was impeached by the House and removed from office as a federal judge by the Senate in 1989. The House adopted a number of articles of impeachment against Hastings that included charges of conspiracy and perjury — of which the Senate voted by the necessary two-thirds vote to convict him on eight articles.

Hastings was appointed to the Florida federal bench by President Jimmy Carter in 1979 and became the state’s first African-American federal judge.