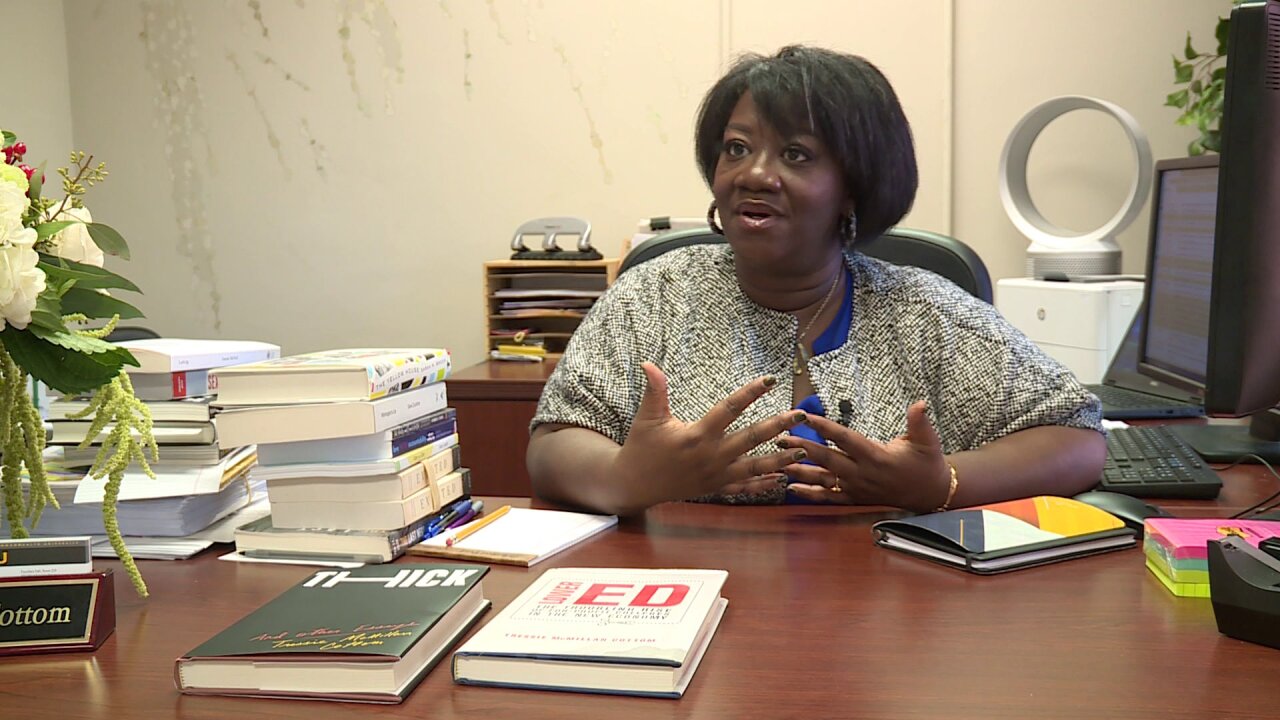 RICHMOND, Va. -- Dr. Tressie McMillan Cottom is a digital sociology associate professor at VCU whose work has been recognized for her critical analysis of technology, higher education, class, race, and gender.

That analysis has given her opportunities to writing columns that have appeared in The Atlantic, New York Times, and Washington Post. All this has opened another door for her: author.

Her latest book is an Amazon bestseller which is now up for a prestigious award.

"I am by most measures pretty smart. My grandmother was smarter. She would do the New York Times crossword in pen smart. She was far smarter than her PHD having granddaughter and she died poor. Smart is only a construct of correspondence," read an excerpt of her book entitled: THICK.

It's the professor/author's second book following her first: Lower Ed.

THICK is a compilation of essays she wrote that includes a number of topics such as social media, pop culture, as well as beauty from a black women's perspective, blending them with a twist.

"It takes those things and tries to shock you a bit into seeing it in an entirely new way," said McMillan Cottom.

But what comes as a shock to McMillan Cottom is all the success the book has been generating since its release back in February of this year.

From sales to an appearance on The Daily Show with Trevor Noah, who has interviewed her before. Now, on November 20, she will be in New York for her work being named a finalist for the country's highest award for authors, in the National Book Awards nonfiction category.

"Okay so listen. So, people who write like me... this does not happen. In my world, this does not happen," McMillan Cottom said with a laugh. "The National Book Award is about a book that has dramatically impacted public letters and reading. So, it's just didn't even seem possible, frankly."

It's an amazing accomplishment for the author who initially thought there's wasn't an audience for her book or that no one wanted to hear from her about the subjects she touches on. The feedback she receives after speaking engagements and book signings say otherwise.

"It was just enlightening. It was amazing, and I've read so many times, and I think it's something that needed to be said and needed to be published, and I think she did it in a perfect way," said Aniyah Moaney, a former VCU student.

As McMillan Cottom continued reading the excerpt, it's a reminder of how this book serves a larger purpose in the literary world. Especially for those who she says look and come from a similar background. How her trajectory is possible for them.

The excerpt ends with this question.

"And that's where my essays always begin. By interrogating why, me and not my grandmother?"