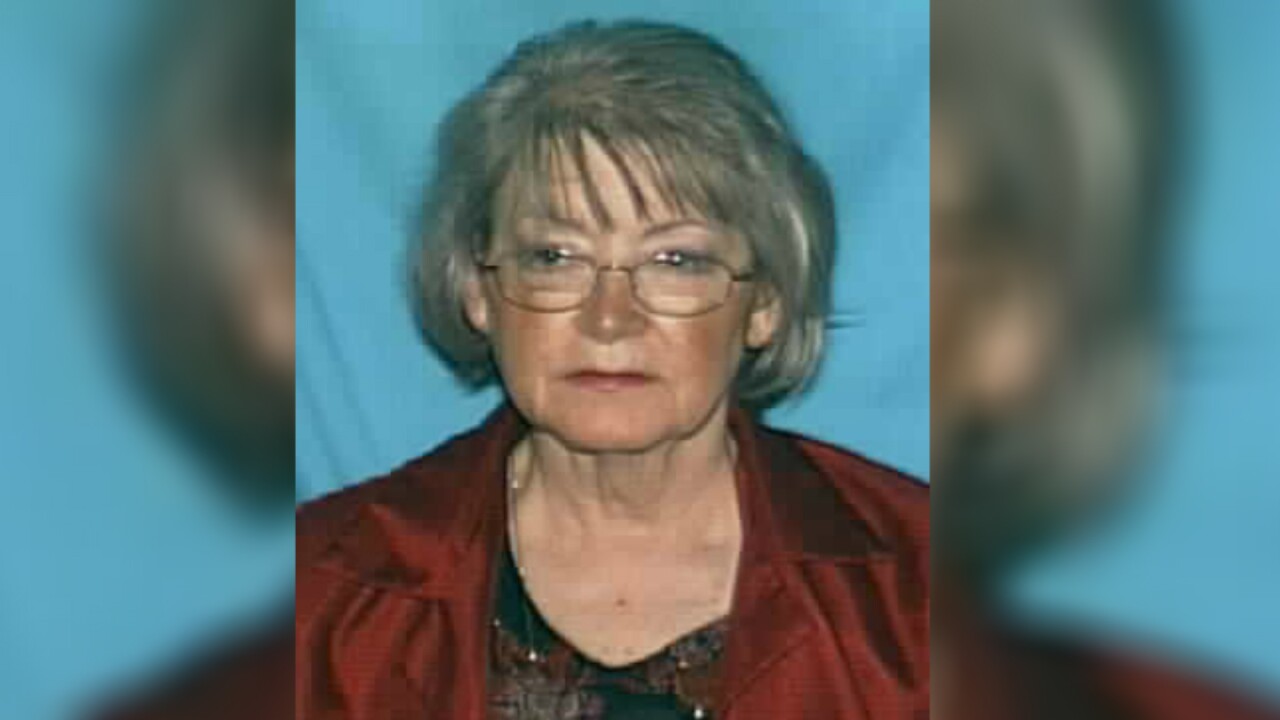 UPDATE: Ms. Gates was safely located, according to police.

Officials said Mary Moore Gates was last seen on Wednesday at 7 p.m. when she left her home on Windsor Avenue Southwest in Roanoke.

She is believed to be driving her blue 2012 Chevrolet Malibu with Virginia tags: 6263CA.

Gates is described as white female, 5 feet 2 inches tall and weighing 145 pounds. She has brown eyes and gray hair.

Officials said she was last seen wearing a black jacket with fur around the collar, glasses and a gold watch.

“The missing senior suffers from a cognitive impairment and the disappearance poses a credible threat to his health and safety as determined by the investigating agency,” state police said.