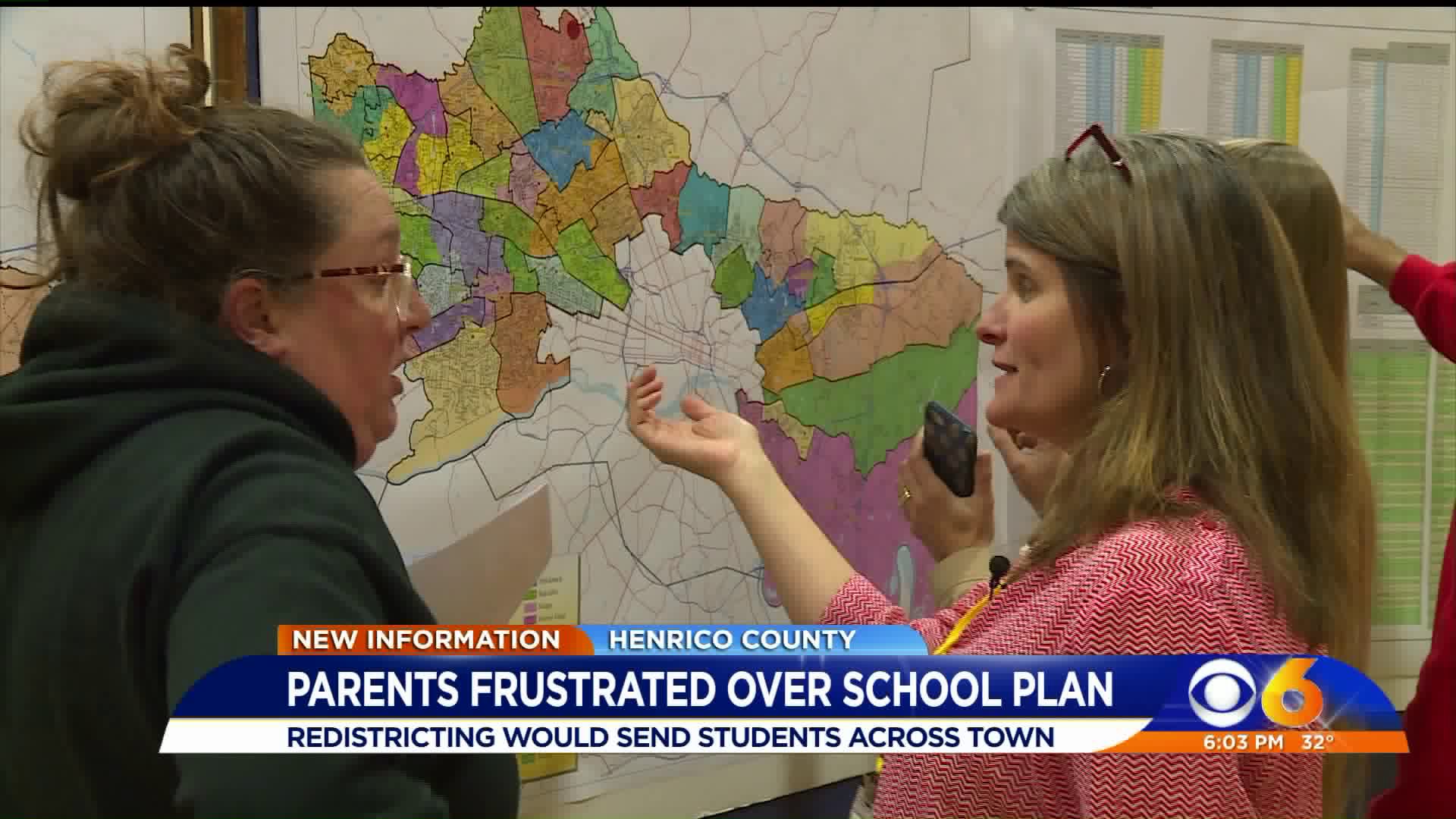 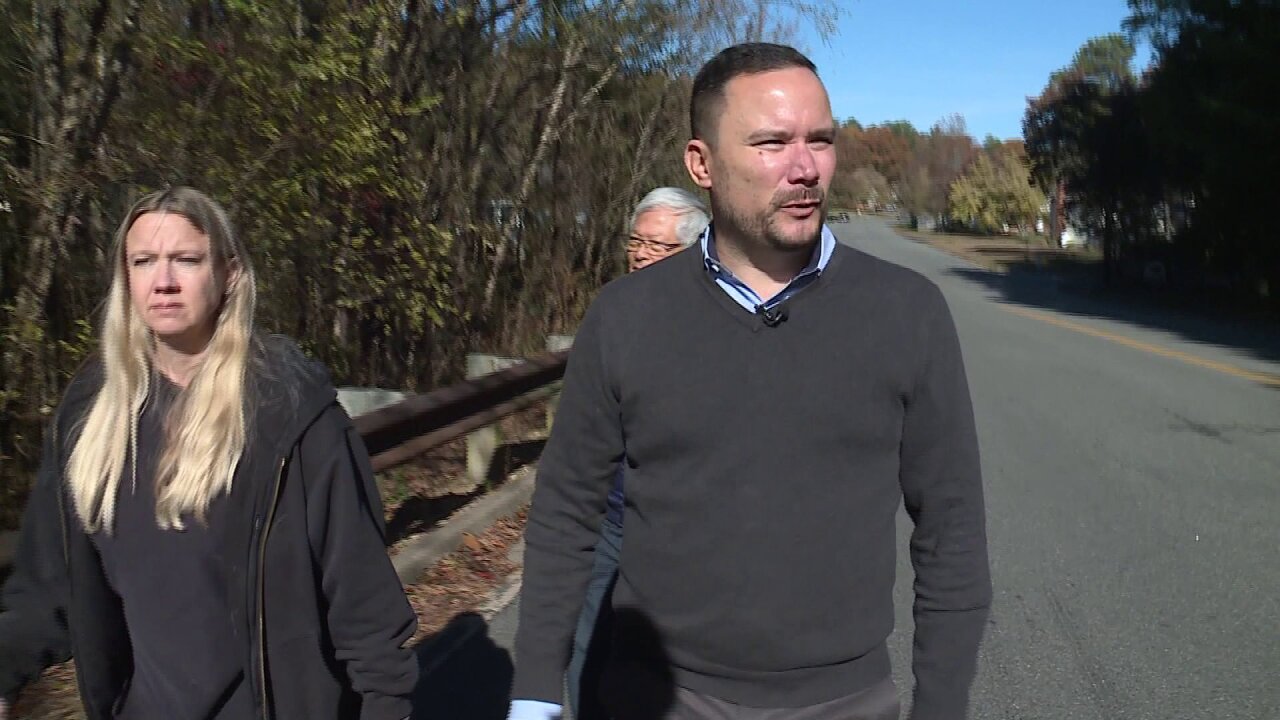 HENRICO COUNTY, Va. -- Several groups of invested Henrico Schools parents are preparing to march in protest of redistricting maps that would split up their neighborhoods -- if approved.

Steve Glissman will host one group of parents at his Swinging Bridge Drive home prior to the second public redistricting meeting at Godwin High School Wednesday night.

"We are hoping to keep our neighborhood together," Glissman said. "We aren’t the only people walking today. Other neighborhoods are in the same position we are and they’re going to come together to have their voices heard."

The school division is examining and redrawing elementary, middle and high school attendance zones which may be phased in for the 2021-22 and 2022-23 school years.

Interactive maps show the difference between plan A and plan B.

"It's very frustrating to live within a stone’s throw of a school, to have your kids and community built around a school, then have it arbitrarily moved from 1 mile away to 5 miles away," he explained.

Michele Vandelinde, who planned to march with Glissman, stated that safety was their biggest concern.

"We are not only concerned about buses making those left turns, but we are also talking about juniors and seniors in high school who are just starting to drive," Vandelinde said. "Bottom line if you can walk to school that should be your school. It just makes sense."

School leaders say they chose the two plans because they best satisfied the aims of redistricting which include:

"To efficiently use available space and plan for growth; to account for the addition to Holladay Elementary School and the increased capacity of the new J.R. Tucker and Highland Springs high schools, opening in 2021; and to reduce concentrations of poverty, while balancing that goal with a neighborhood school concept."

"To be fair, it doesn’t mean everything gets exactly what they want, but this is how the process is supposed to work," Jenks explained. "Those folks should come to our meeting and make sure those concerns are shared face to face with our community members."

A consulting firm leader told parents at last week's first public meeting at Wilder Middle to be mindful that neither of the drafts have been finalized yet.

The School Board is not expected to vote on a plan until May 2020.