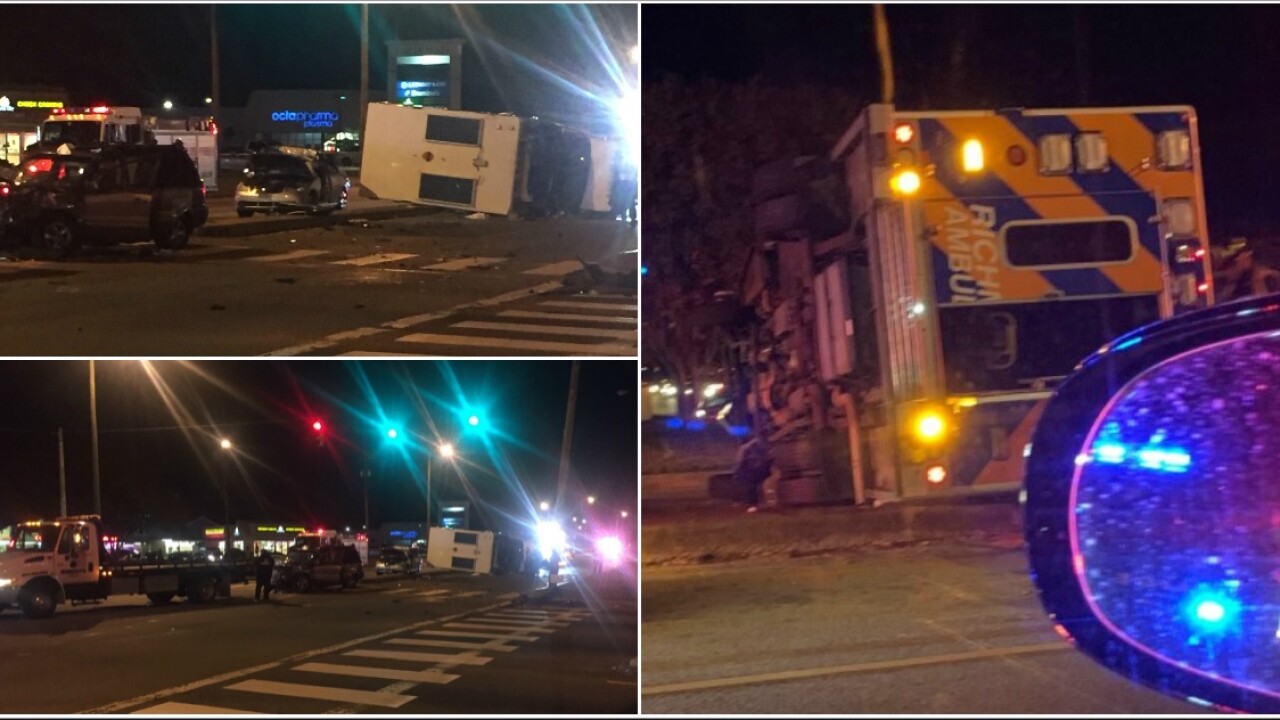 Police were called to Hull Street Road and Belt Boulevard just before 6:50 p.m.

Photos from the scene showed a Richmond Ambulance Authority ambulance lying on its side.

The victims were transported to area hospitals with injuries that were not life-threatening, Naoroz said.

Richmond Ambulance officials confirmed two of their employees were taken to an area hospital with minor injuries.

There has been no word yet on the circumstances surrounding the crash.

Naoroz said crash investigators are in the "preliminary stages" of their investigation.

The wreck was cleared and the intersection had reopened as of 8:30 p.m.