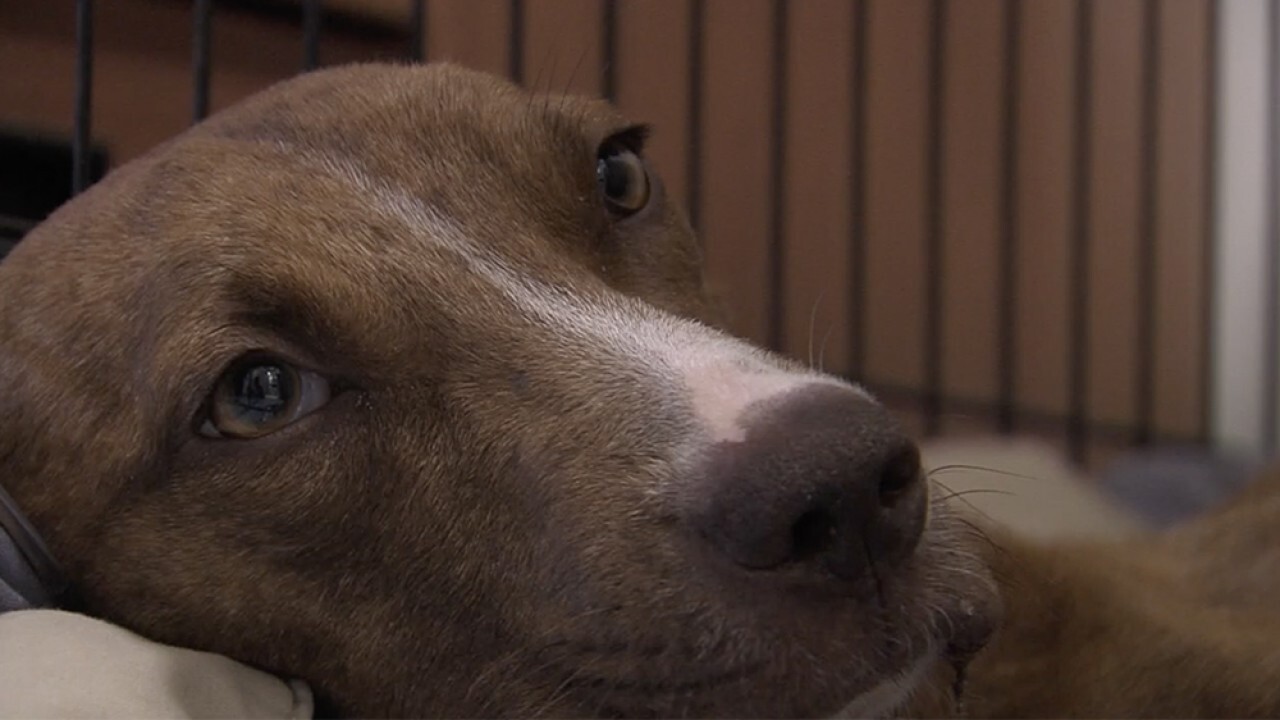 LOXAHATCHEE GROVES, Fla. — A dog who miraculously survived after being trapped underneath debris for weeks after Hurricane Dorian tore through the Bahamas in September met his new family Tuesday who will give him a forever home.

At a 7:45 a.m. news conference, Big Dog Ranch Rescue announced that Miracle was adopted by Clark and Brianna Beaty who have three young daughters, of North Palm Beach.

Amazingly, an infrared drone located him, and Big Dog Ranch’s search and rescue team pulled him from the rubble and flew him to the organization’s headquarters in Palm Beach County.

The dog’s recovery has been difficult. At first, he could only eat a few bites of food due to a shrunken stomach. Miracle also developed parasites, abrasions, respiratory infection, and atrophy. The dog has now gained twice his body weight since he was rescued.

The organization said Miracle’s previous owner in the Bahamas has not been located, and because the area where he was found was so devastated, Miracle may be the only survivor from his family.

A spokesperson with the facility said that since Miracle arrived at Big Dog Ranch Rescue, more than 10,000 adoption requests have come in from around the world.