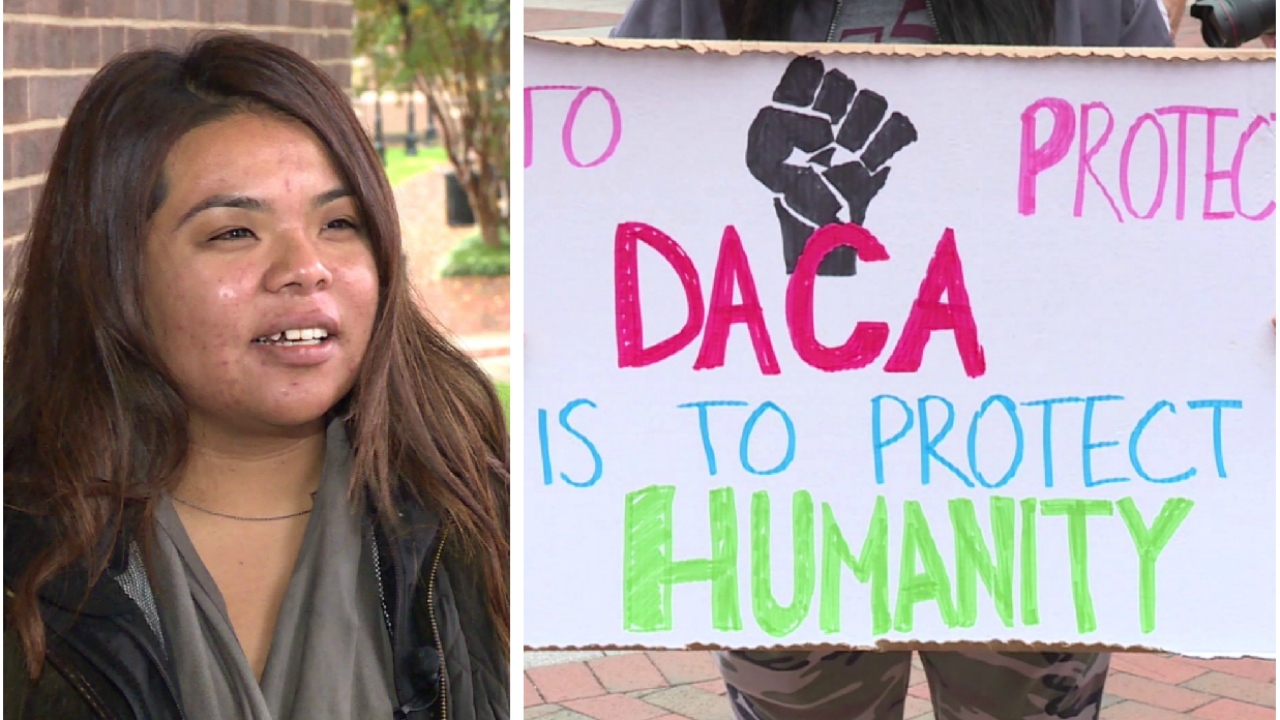 RICHMOND, Va. -- Nearing graduation, focusing on her political science courses is critical for VCU student Yanet Amado. Focusing on class Tuesday was difficult, she said, because Amado is a recipient of the Deferred Action for Childhood Arrivals, or DACA, program, and the U.S. Supreme Court heard oral arguments in a case that could decide its fate.

"It’s going to be a really busy day, so I won’t really be able to analyze the oral arguments," Amado said. "I think it’s hard to not think about it."

States, advocacy groups, and major corporations are fighting to uphold DACA on the grounds that the Trump administration did not provide proper rationale for ending the program.

Nearly 700,000 children of immigrants have been granted DACA protections, and nearly 10,000 in Virginia, according to federal government data. The so-called "Dreamers" are granted deferred deportation and given education and employment waivers.

Amado, whose family moved from Mexico when she was eight years old, grew up in Henrico County.  She called the last two years of pending DACA litigation a "burden" of uncertainty.

Amado said DACA allowed her to drive, work, go to school, and pay in-state tuition, which followed a 2014 opinion by Virginia Attorney General Mark Herring (D) that Dreamers can qualify for in-state tuition at Virginia universities and colleges.

If the Supreme Court rules against DACA, Amado said she "doesn't want to think about" what her future, let alone employment prospects, might hold.

Some critics of the DACA program do not blame the recipients but argue the policy allows immigrant families to circumvent the law and promotes illegal immigration.

Tuesday, President Trump tweeted that if the Justices ended DACA, he would cut a deal with Democrats so that Dreamers could stay in the U.S. Amado had not seen the tweet prior to speaking with CBS 6, but said she is highly skeptical that a polarized and partisan Congress could come to an agreement on a legislative framework that protects Dreamers.

The Supreme Court, which is divided along ideological lines 5-4 with conservative Justices in the majority, is expected to issue an opinion in the case next year.

"I don’t know what’s going to happen, and I don’t think anything is going to get resolved," Amado said.  "Honestly, I don’t know, and sometimes I don’t like to think about it."