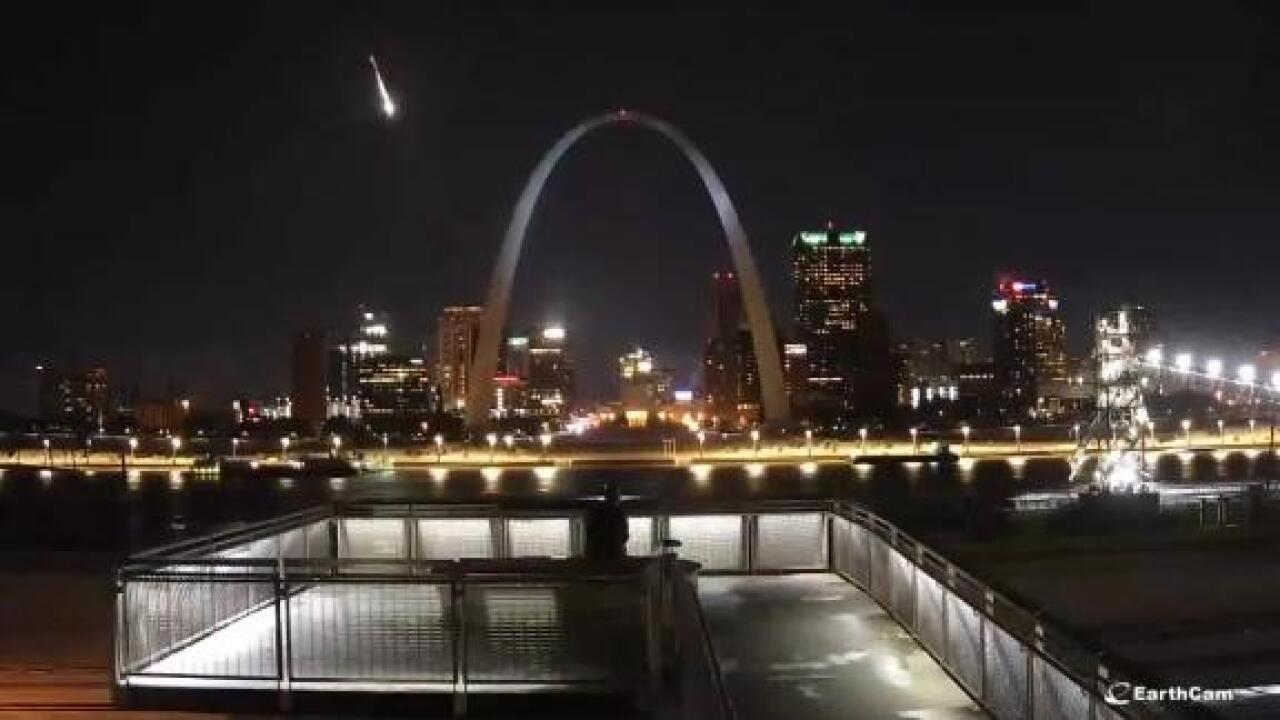 A blazing meteor lit up the night sky in St. Louis, Missouri, and was caught on video by excited residents, security cameras and doorbell cams.

The American Meteor Society says it has received over 120 reports from eight states from people who say they spotted the streaking meteor on Monday night. Most sightings were reported in Missouri, but people in Illinois, Kansas, Minnesota, Nevada, Nebraska, Oklahoma and Wisconsin have also registered sightings with the scientific society.

Some residents didn’t even need to catch the meteor with their own eyes. Motion-sensor doorbells were there to grab video for them.

The meteor appeared to be a fireball, an especially vibrant meteor that appears brighter than the planet Venus in the sky, the American Meteor Society said.

Its estimated trajectory was from East to West, ending its visible flight in North Carolina.

The flashy event took place at the approximate peak of the South Taurids meteor shower which is caused by debris from Comet 2P/Encke.

South Taurid meteor showers are usually among the weakest of the showers, averaging five meteors an hour. In some years, though, it can put on a spectacular show.