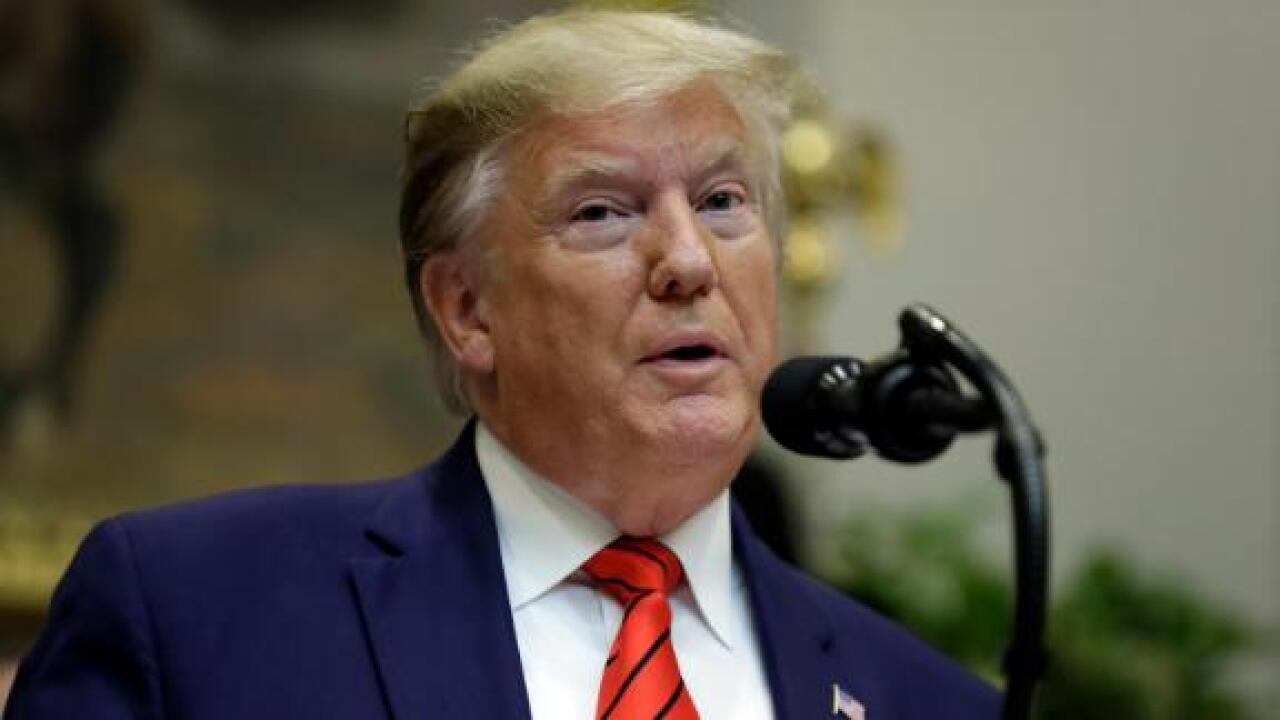 President Donald Trump speaks during an event on “transparency in Federal guidance and enforcement” in the Roosevelt Room of the White House, Wednesday, Oct. 9, 2019, in Washington. (AP Photo/Evan Vucci)

A Trump-appointed federal judge decided Monday that President Donald Trump can’t sue New York state officials in a Washington, DC, court at this time to stop the release of his tax returns to Congress.

The case is one of many where the President or his administration have asked federal judges to intervene before House Democrats obtain Trump’s financial records.

Effectively, the ruling is a loss for Trump but a less significant one then the blows other courts have dealt him in cases involving Democrats’ pursuits of his financial records. Courts have sided with the House multiple times in cases where its committees have subpoenaed Trump’s financial records. Trump is still appealing those rulings, keeping the House subpoenas on hold.

If Trump wants to continue to challenge a New York state law that says Congress can request his state tax returns, he’ll either need to wait for Congress to make the request or start over with a new lawsuit in a New York court, the judge, Carl Nichols of the federal district court in DC, said Monday.

“Mr. Trump may press his claims against the New York Defendants in this Court should future events support the exercise of personal jurisdiction over them, or he may opt to pursue those claims in an appropriate forum,” Nichols wrote in his opinion, which dismissed Trump’s lawsuit against the New York state officials. The judge is still considering whether Trump can sue the House Ways and Means Committee to stop it from requesting his returns under the state law.

In this case, Trump had sued New York state and the House to preempt a new New York state law, called the TRUST Act. Congress hadn’t yet requested his state tax returns under the law.

The New York State Attorney General’s Office had argued that the case “plainly belongs in a New York court.”

Trump had argued that the DC federal court was the right place to sue because New York state would send the tax returns to Washington if Congress requested them.

But Nichols, a Trump appointee to the federal bench in Washington, sided with New York on Monday.

It’s possible Trump could file a similar lawsuit with another court, such as in New York state, or later in an attempt to prevent the request from Congress, Nichols wrote.

“The Commissioner [of tax and revenue in New York] has not taken any such actions—at least not yet. But more importantly, the acts of corresponding with the Committee and transmitting Mr. Trump’s state tax returns would not constitute transacting business” in Washington, DC, the judge wrote on Monday.

Trump also claimed he could be hurt, for the purposes of a lawsuit, in Washington. “Such acts, if taken, could be enough to satisfy” part of the DC code, the judge wrote. “But speculation that they might occur is insufficient to exercise jurisdiction over the Commissioner now.”