Elizabeth Warren on getting men to vote for a woman: ‘How about we give them a tough smart woman to vote for’ 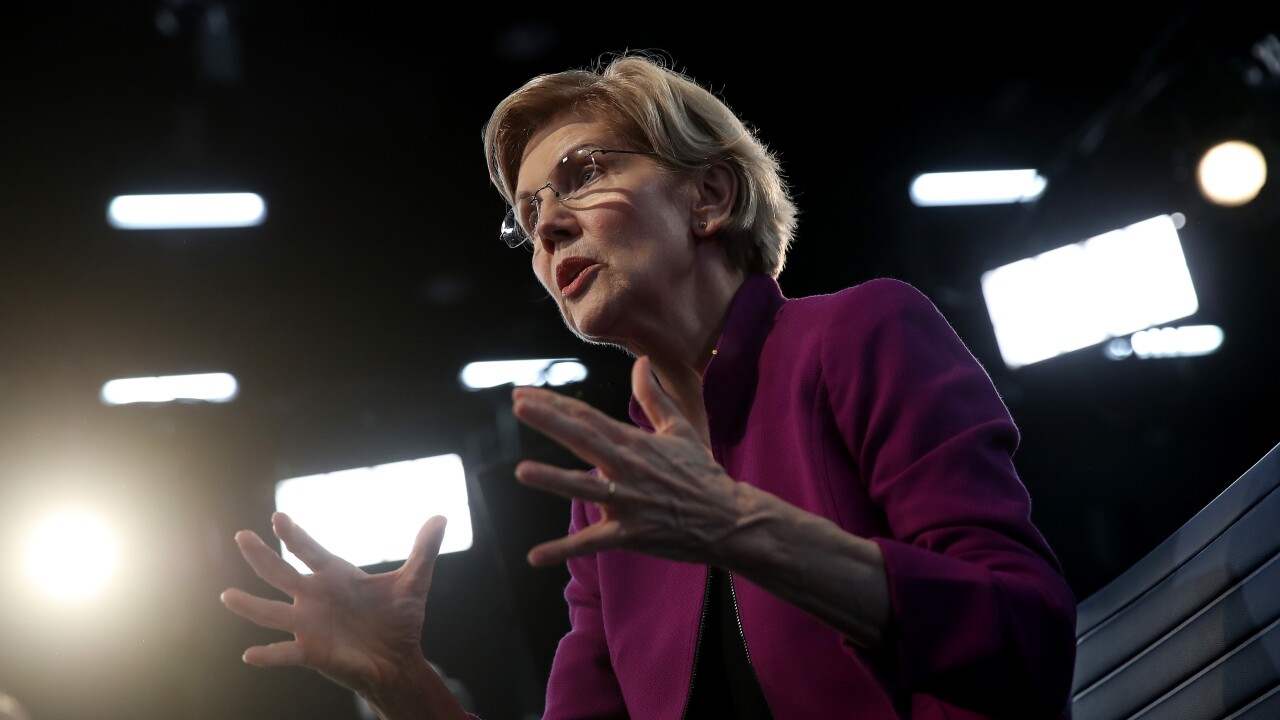 Amid personal attacks from Vice President Joe Biden about her policies and her campaign, Sen. Elizabeth Warren was asked by a voter on Monday about how to get men to vote for a woman for president.

“How about we give them a tough, smart woman to vote for?” she responded at a town hall here in New Hampshire, to loud cheers from the audience.

She continued: “So I’m out here every day trying to talk to people about (my campaign) — trying to bring more people into the fight, but if you’ve got more ideas — I was told what I needed to do was smile more,” she said sarcastically to laughs from the audience.

Her response was the clearest rebuke yet to Biden, who accused Warren — without directly naming her — in a Medium Post published last week of having an “angry, unyielding viewpoint.”

On Friday, Warren had seemed to respond to Biden’s post in an email to her supporters, writing, “I’m angry and I own it.”

Rather than directly address Biden’s comments at her town hall, Warren appeared to embrace the notion of being an angry woman, sharing with the audience a personal story about how she had attended President Donald Trump’s inauguration and then participated in the DC Women’s March the day after.

She recalled seeing a little girl on her father’s shoulders with a glitter sign.

“I know she made it herself because of the amount of glitter. And her sign said, ‘I fight like a girl,’ ” she said. “That is the moment. That is the moment. It’s the reminder that all those women, and friends of women also known as men, came together and said we are going to make our voices heard.”

After the town hall, CNN pressed Warren on whether she found Biden’s comments sexist. She replied that the press should be asking these questions to the male candidates in the race, and Biden in particular.

“I think that you should ask him about that,” she said.

When asked about whether she thought there was sexism in the 2020 race, Warren responded: “I think that this is something that is really important for them to talk about.”

In the Medium Post last week, Biden suggested that Warren, without naming her, is “condescending to the millions of Democrats” who have different views than her.

“It’s representative of an elitism that working and middle class people do not share: ‘We know best; you know nothing’. ‘If you were only as smart as I am you would agree with me,” he wrote in the post.