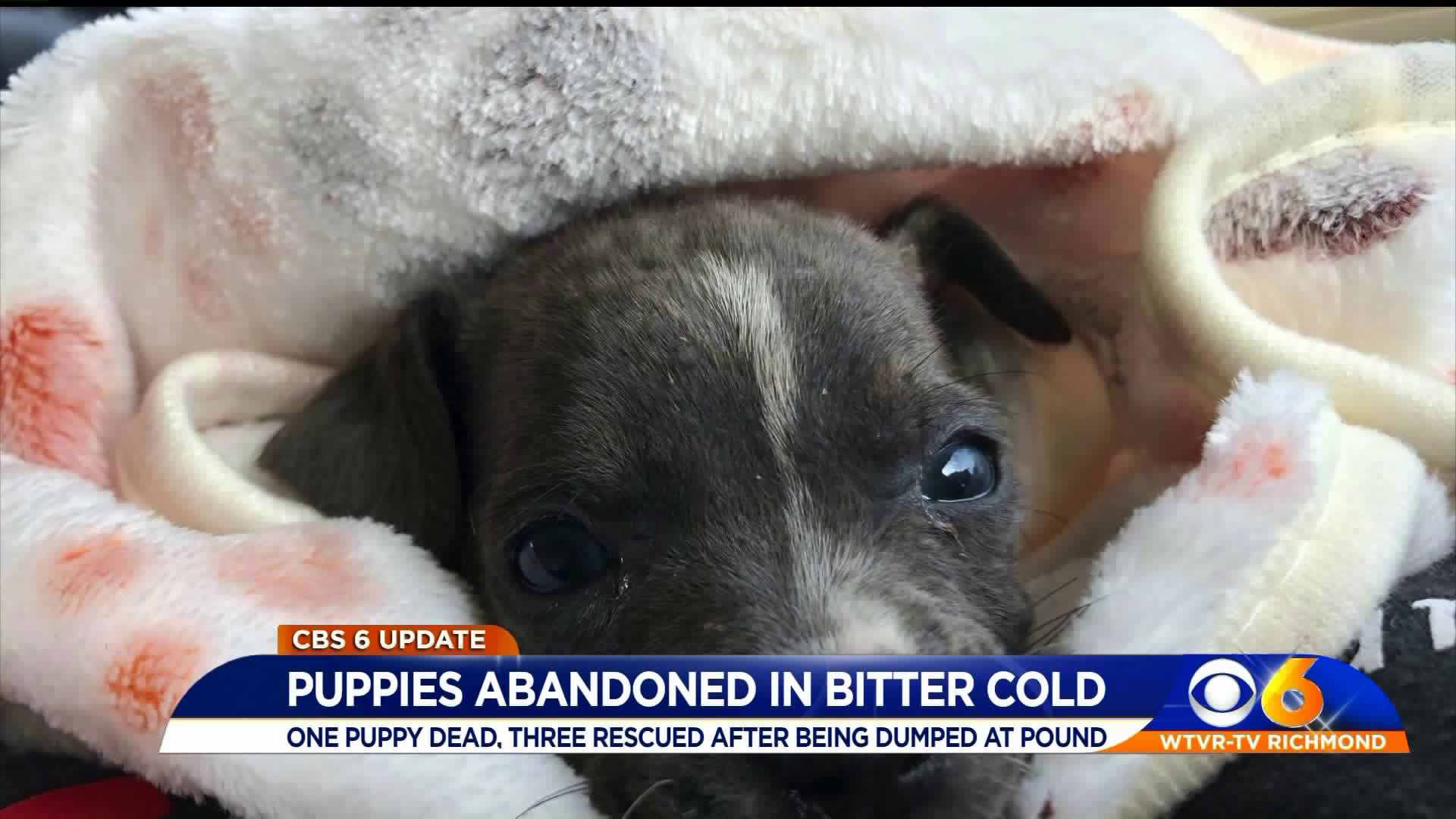 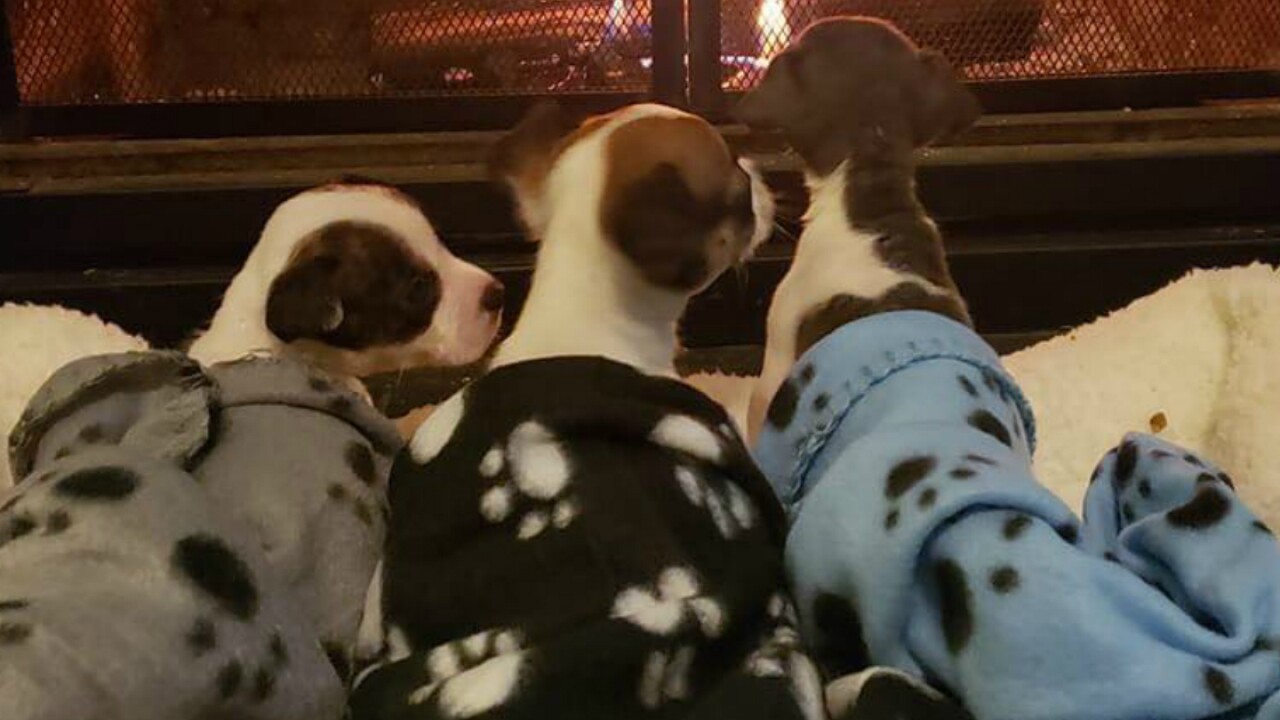 MIDLOTHIAN, Va. – A Midlothian foster-based dog rescue group shared the heartbreaking news that one of three puppies abandoned outside a rural county shelter has died.

"So last night someone dropped four puppies off in an outdoor pen at a rural county shelter," Sanctuary Rescue volunteers posted Saturday night. "This morning as the shelter staff started to arrive at work they found three teeny, tiny puppies shivering together next to the corpse of their sibling who froze to death at some point overnight."

The surviving pups, named Soldier, Warrior and Trooper in honor of Veterans Day, were rushed to an emergency veterinarian.

"It was shocking to see the puppies in person," reads a Facebook post from the shelter. "So small, so frail. The rescuer that transported the puppies handed us a skeleton wrapped in fur and said it hadn’t moved the whole trip and she was concerned it was barely holding on."

The dogs, who are believed to be six-week-old chihuahua puppies, received "some heat support, some baby food, and a giant bag of medication."

The pups were then dropped off with their new foster mom.

"It’s been a long day, and we’re still not back home yet," reads a Facebook post. "But when there’s three itty bitty babies who spent last night outside nearly freezing to death all curled up in front of a fire without a care in the world not even 24 hours later, there’s not much to complain about."

"Apparently this is a thing... Can you imagine how many puppies weren’t found and just went on to the landfill undetected?" reads a Facebook post.

In a previous post, volunteers urged people to get their pets spayed and neutered "so there’s no temptation to throw the puppies in a dumpster."

Shelter officials said they are currently caring for 31 orphaned puppies.

Click here if you would like to volunteer or make a donation to Sanctuary Rescue. You can also make a donation by purchasing an item from the shelter's Puppy Wish List on Amazon.com.