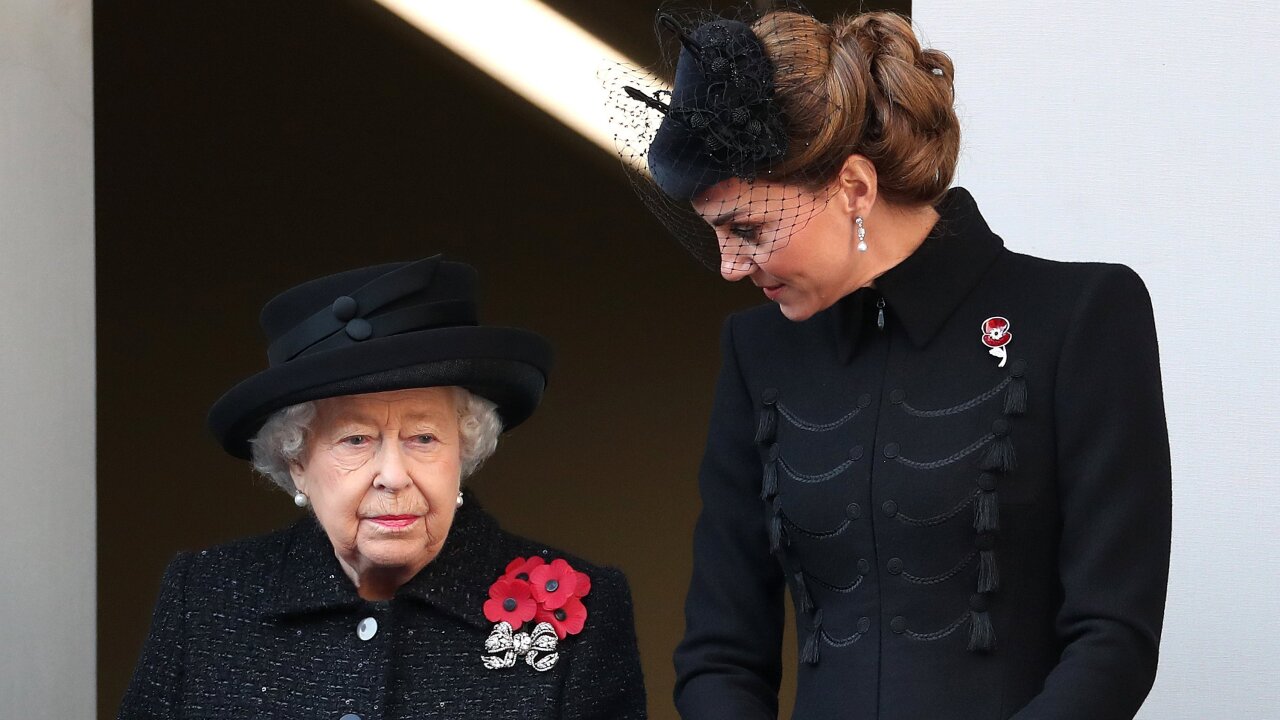 The Queen and members of the royal family paid their respects at the annual Remembrance Day Service at The Cenotaph in London on Sunday to all those who died in conflicts.

The Queen and members of the royal family paid their respects at the annual Remembrance Day Service at The Cenotaph in London on Sunday to all those who died in conflicts.

The 93-year-old monarch watched the service from the balcony of the Foreign & Commonwealth Office building as her son, Charles — the Prince of Wales — laid a wreath on her behalf.

The ceremony is an annual service that is held on the Sunday closest to November 11, the day World War I ended in 1918.

A two-minute silence was also observed to remember the dead as Big Ben struck 11 a.m.

The royals also paid their respects at the Royal British Legion Festival of Remembrance at the Royal Albert Hall on Saturday night.

The commemorative event — hosted by the Royal British Legion — marked the 75th anniversary of the key battles of 1944, including Monte Cassino, Kohima and Imphal, and D-Day and specifically emphasized the role of Commonwealth and Allied Forces.

It also celebrated the 100th anniversary of the Government Communications Headquarters (GCHQ) and paid tribute to the company of RFA Mounts Bay who crucially assisted in transporting supplies and aid to the Bahamas in the aftermath of Hurricane Dorian in September.

The engagement was the first time Harry, Meghan, William and Catherine appeared together in public since Harry addressed rumors of a rift with his brother in a television documentary in October.

Events honoring all those who lost their lives in conflicts have been taking place throughout the week. On Thursday, Meghan made her first visit to the Field of Remembrance at Westminster Abbey with her husband. The royal couple both placed small crosses there to honor the war dead.

Duchess Camilla — the wife of Prince Charles — attended the engagement, after a Clarence House spokesperson announced that she was expected to pull out of the event due to a chest infection.

Earlier this week, the Queen paid a visit to the Royal British Legion Industries’ Village in Aylesford in southeastern England, which provides housing and welfare support to veterans and the wider Armed Forces community.