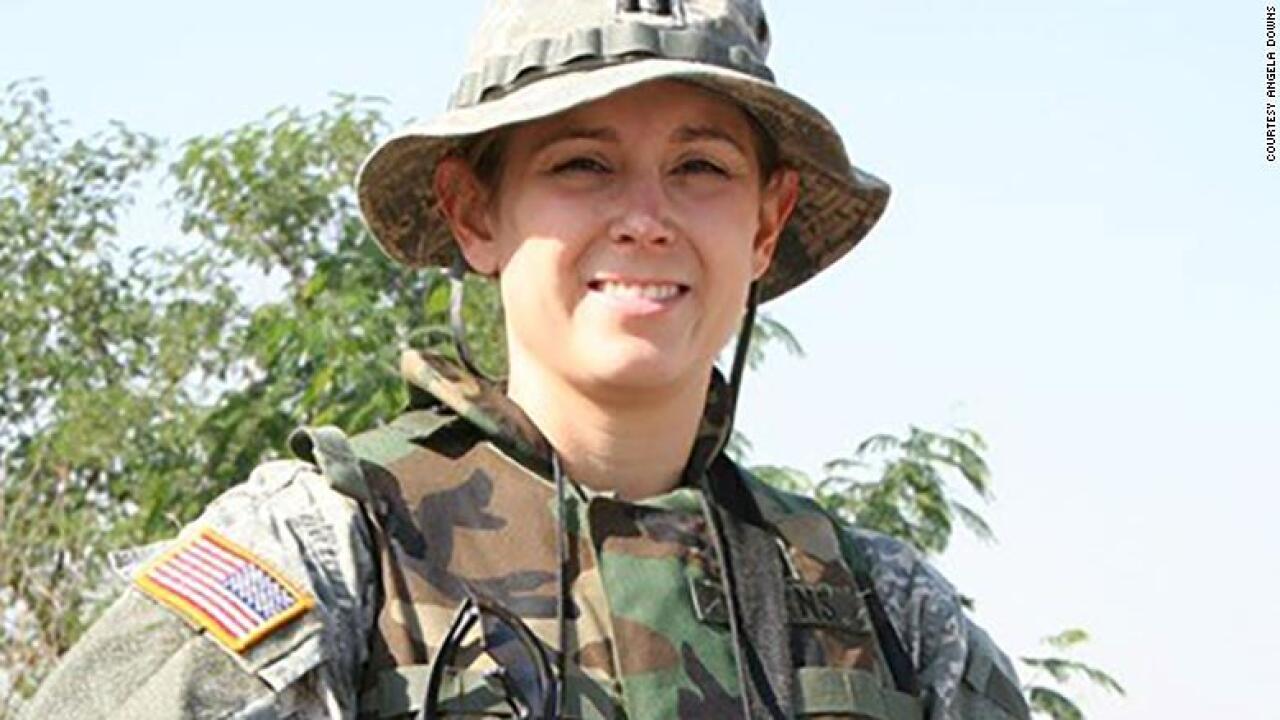 An Army combat veteran who is facing the fight of her life has joined forces with a former NFL player to raise awareness in the battle against lung cancer.

Retired Lt. Col. Angela Downs served 21 years in the Army, including a 2006 deployment to Iraq during Operation Iraqi Freedom.

One year ago this month Downs was on the receiving end of a personal bombshell when she was diagnosed with a form of lung cancer.

“I had zero clue I had lung cancer. I had a little dry cough that wouldn’t go away. It annoyed my husband more than it did me,” Downs said.

After repeated trips to the doctor, a chest X-ray, scans, and a biopsy, the results confirmed the cancer had spread to her lymph nodes.

The 43-year-old Seattle mother of two never smoked, and says she still gets a shocked response when people find out she has lung cancer. “People will say, “I didn’t know you smoked!” when I tell them my diagnosis.

“I think the stigma is that it’s a lifestyle disease, a smoker’s disease,” said Downs.

November is Lung Cancer Awareness Month — and in an effort to challenge preconceptions about lung cancer and get more funding for research, Downs has teamed up with the Chris Draft Family Foundation for Lung Cancer Survivors to promote the group’s 2020 Super Bowl Challenge.

Draft is a former NFL player who lost his 37-year-old wife, Lakeasha, to lung cancer in 2011. Like Downs, she was a healthy, non-smoker who was hit with the disease in the prime of her life.

In between her immunotherapy treatments and radiation, Downs works with Draft’s foundation and the Department of Veterans Affairs on behalf of her brothers and sisters in uniform.

“There is a disproportionate number of veterans being afflicted with lung cancer,” said Downs.

The fundraising effort “gives lung cancer survivors the opportunity to raise funds for public awareness and cutting-edge research that is giving new hope to those battling this often misunderstood disease,” according to the Chris Draft Family Foundation’s website.

Lung cancer survivors who raise the most money get to attend various NFL events, which provide a national stage for lung cancer awareness. The top fundraiser will also attend the Super Bowl.

On this Veterans Day, Downs says her battle with cancer isn’t being fought alone.

“My military experience definitely helped me to know that I need to take the battle day by day, and that it takes a team. No one can go it alone.”