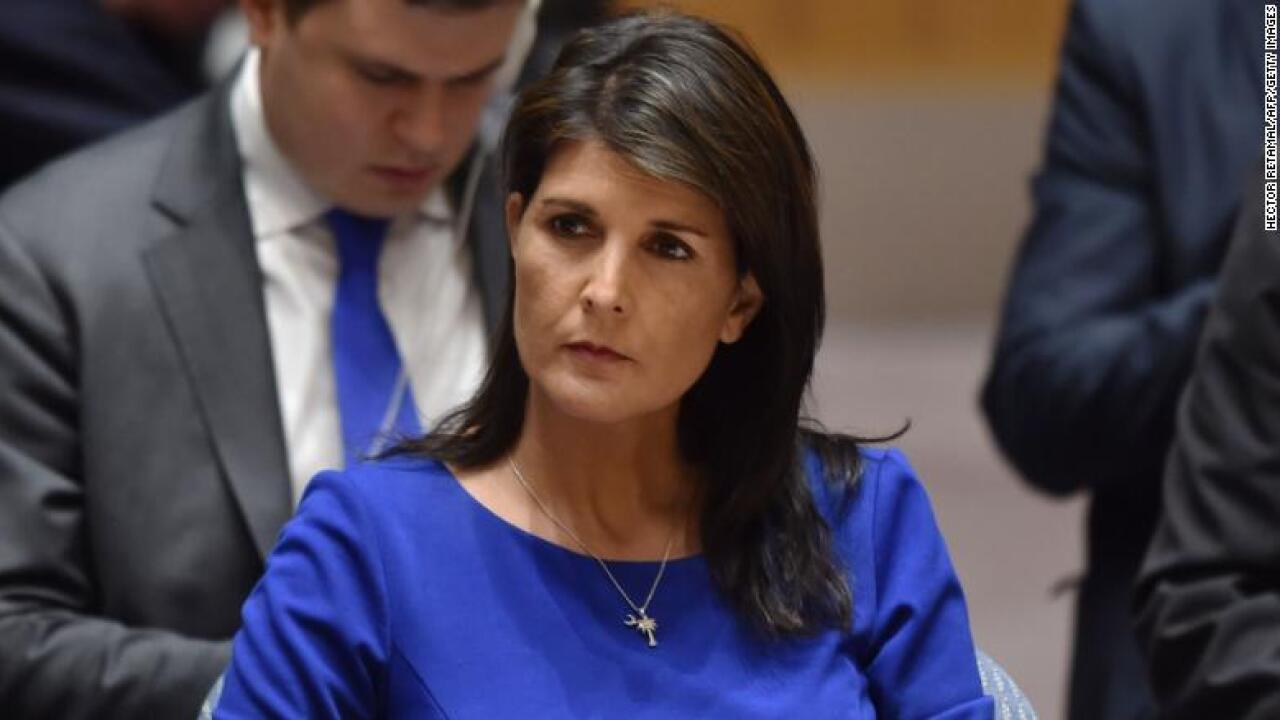 Former United Nations ambassador Nikki Haley divulged in her forthcoming memoir that former Secretary of State Rex Tillerson and former White House chief of staff John Kelly attempted to recruit her to undermine President Donald Trump in an effort to “save the country,” according to The Washington Post.

The two former Cabinet members sought Haley’s help in their endeavors to subvert the President but she refused, Haley wrote. The Washington Post obtained a copy of her book, titled “With All Due Respect,” ahead of its Tuesday release. CNN has not seen a copy of the memoir.

“Kelly and Tillerson confided in me that when they resisted the President, they weren’t being insubordinate, they were trying to save the country,” Haley wrote.

At one point, Haley wrote that Tillerson also told her people would die if Trump was unchecked. However, Haley said she supported most of Trump’s foreign policy decisions that others in the White House tried to block or slow down, according to the Post.

Haley called Tillerson and Kelly’s attempt to subvert the President “offensive” in an interview that aired Sunday on “CBS Sunday Morning.”

“It should have been, go tell the President what your differences are and quit if you don’t like what he’s doing,” she said. “To undermine a President is really a very dangerous thing. And it goes against the Constitution and it goes against what the American people want. It was offensive.”

Tillerson did not respond to a request for comment from The Washington Post and Kelly declined to comment in detail to the Post, but said that if providing the President “with the best and most open, legal and ethical staffing advice from across the [government] so he could make an informed decision is ‘working against Trump,’ then guilty as charged.”

CNN has reached out to Kelly, Tillerson and the White House for comment.

Later Sunday, Trump tweeted his endorsement of Haley’s book and wished her good luck, urging his followers to order a copy or attend her book tour.

Since the President took office, his Cabinet has been a revolving door for officials who at times departed over policy differences with the commander in chief. Some of them went to land book deals, including former White House press secretary Sean Spicer and former communications director Anthony Scaramucci. More recently, CNN reported former national security adviser John Bolton has struck a deal to write a book for Simon & Schuster.

In her book, Haley describes multiple clashes within the White House surrounding foreign policy strategy, according to the Post. In one interaction, Haley details an Oval Office showdown over her suggestion to withhold funding for the United Nations agency that supports Palestinians. Kelly and Tillerson were opposed to the move, while Haley had the support of Trump’s son-in-law Jared Kushner.

“I was so shocked I didn’t say anything going home because I just couldn’t get my arms around the fact that here you have two key people in an administration undermining the President,” Haley said in an interview with the Post.

Trump told them to work out their problems elsewhere. “‘I have four secretaries of state: you, H.R., Jared, and Rex,” Haley recounted Kelly saying. “‘I only need one.'”

Haley described her disagreements with Trump over his handling of his meeting with Russian President Vladimir Putin in Helsinki in July 2018, as well as Trump’s comments in 2017 where she said he displayed “moral equivalence” in response to a white nationalist march in Charlottesville, Virginia, according to the Post.

In her memoir, Haley also addressed the mounting Ukraine scandal that has led to an impeachment inquiry against Trump in the House of Representatives. Though she said she dismissed Democratic efforts to impeach the President, she said she opposed Trump’s move to ask a foreign government for help in a political investigation, according to the Post.

“There was no heavy demand insisting that something had to happen. So it’s hard for me to understand where the whole impeachment situation is coming from because what everybody’s up in arms about didn’t happen,” Haley told the Post in an interview.

She also addressed impeachment in her Sunday interview with CBS.