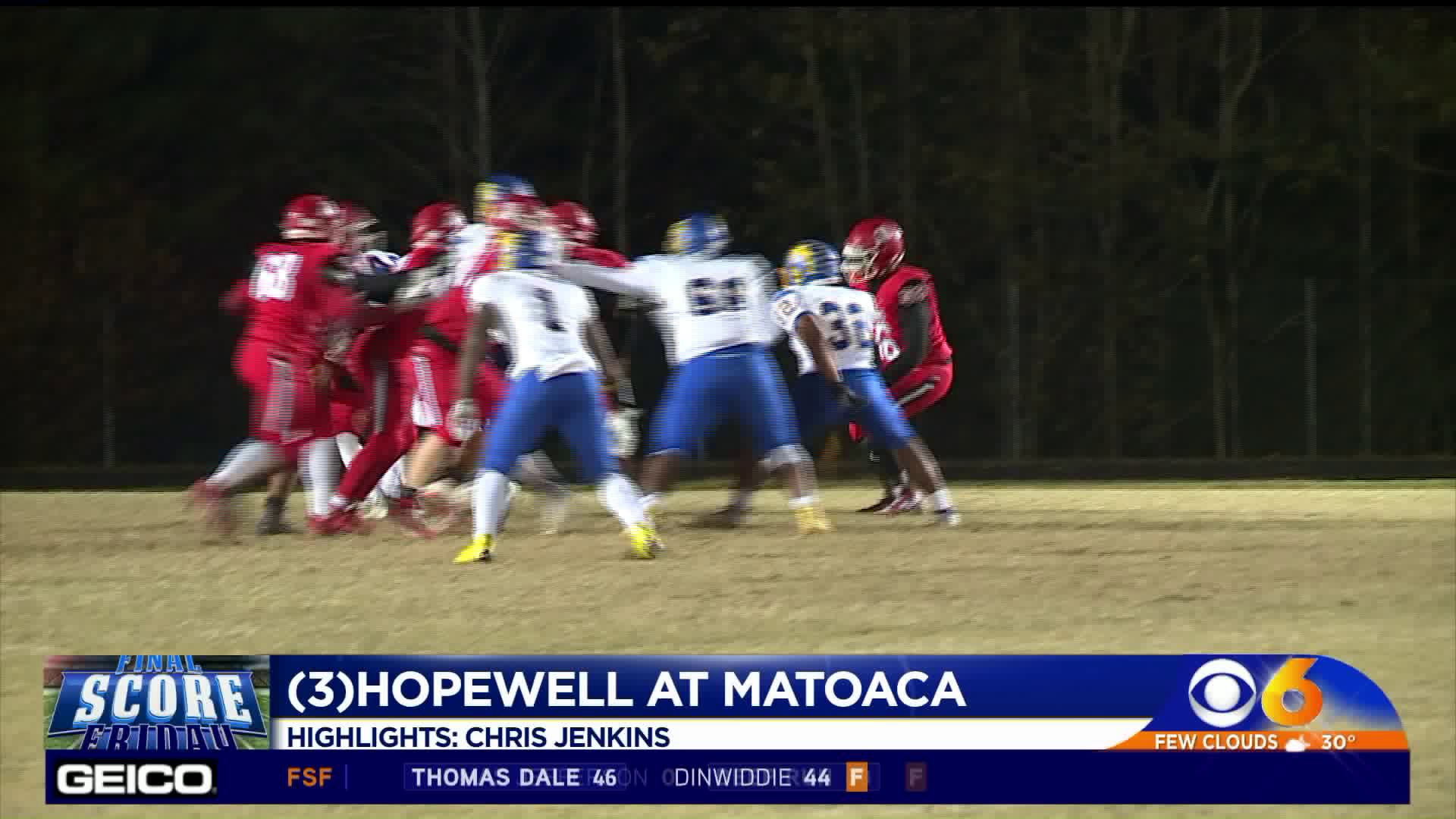 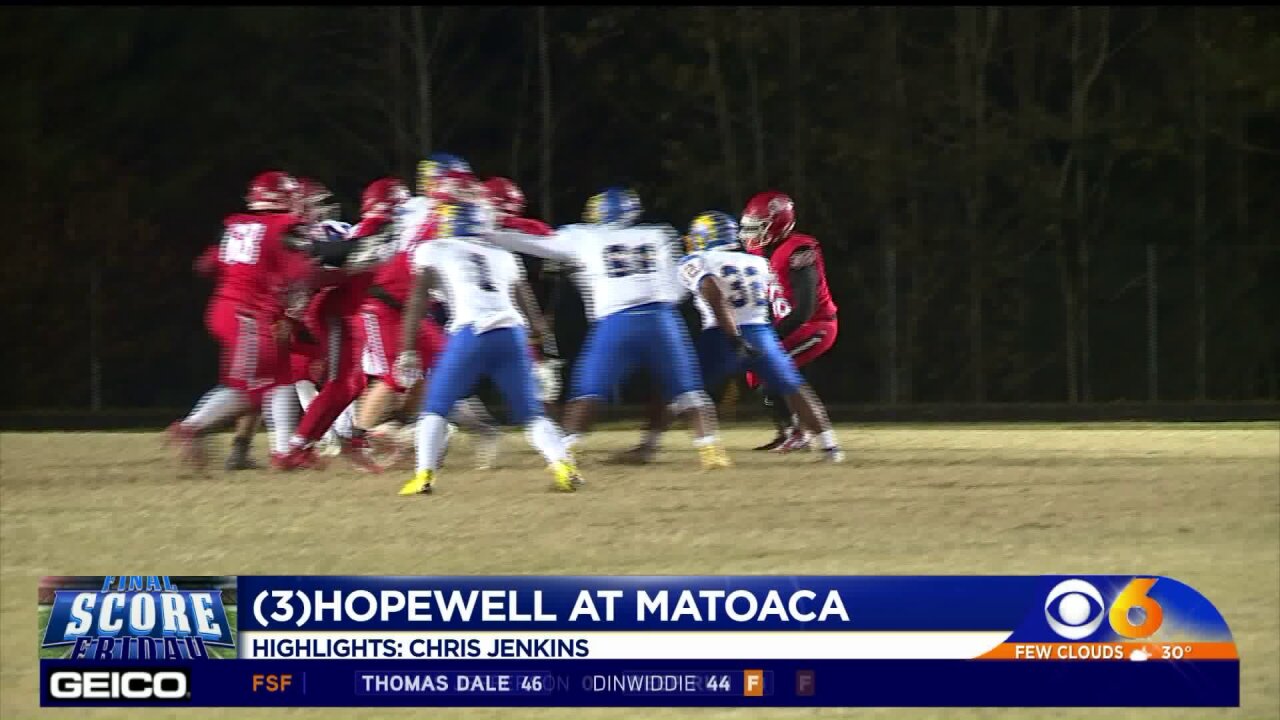 Matoaca, Va. - Matoaca held the region's top touchdown producer to a single score, but their late rally fell short as the Hopewell Blue Devils capped off a perfect regular season with a 28-21 win over the Warriors.

Matoaca came back behind two TDs from quarterback Marcus Dreher, one rushing one passing to get within a touchdown, but got no closer. The Warriors needed a win and some help to make the Region 5B postseason, but their season ends at 5-5.

Hopewell (10-0) has not had an undefeated regular season since 1969. The closest they came was in their state championship season of 2003 when they lost to Meadowbrook 20-19. They will hold the top seed in Region 3A.