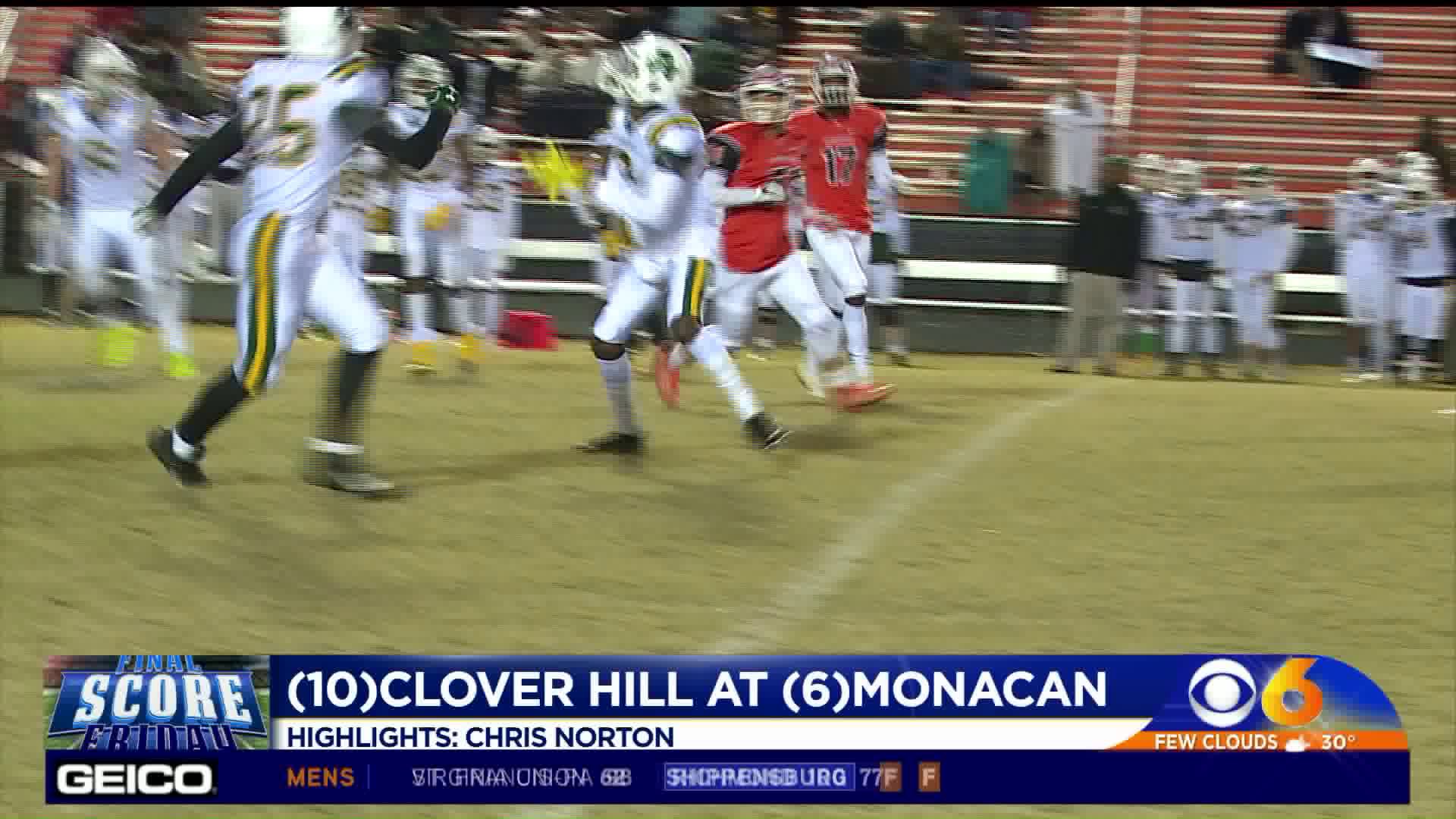 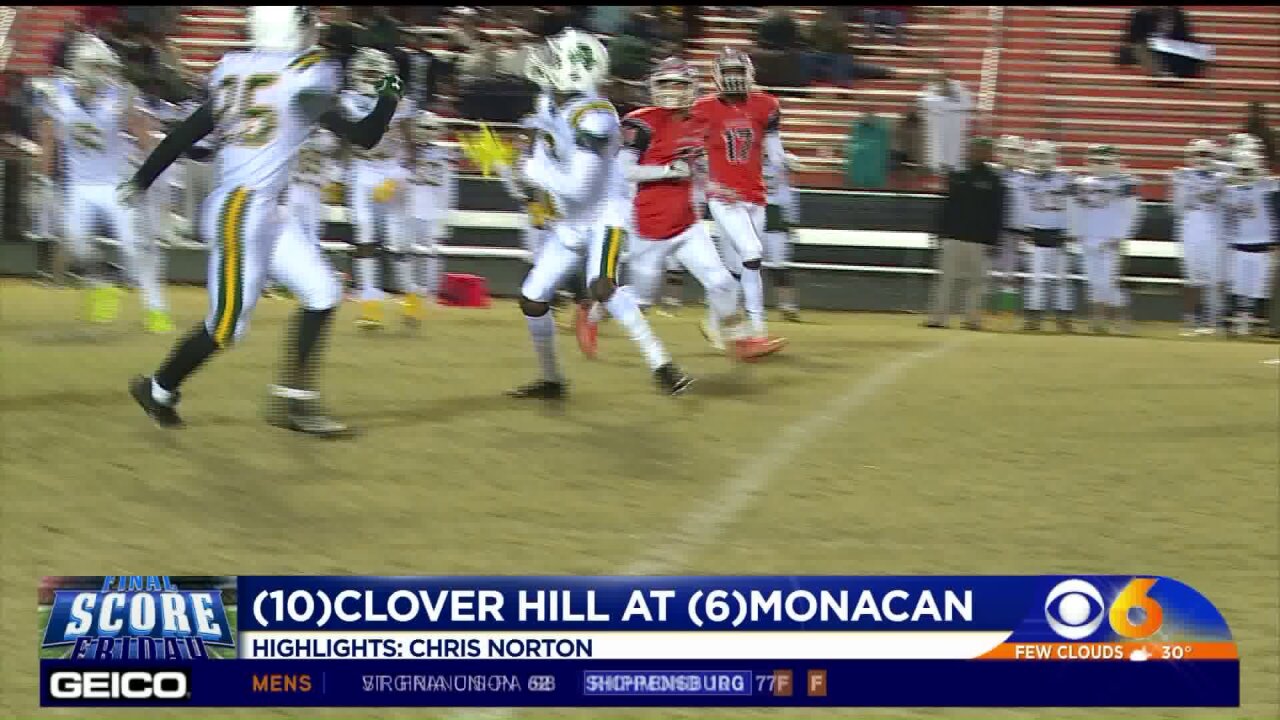 Chesterfield, VA - Clover Hill spotted Monacan a 7-0 first quarter lead before they scored 35 straight points in a 35-14 win.  This marked their first win over the Chiefs since 2011.

KJ Patterson threw two touchdown passes and the Cavalier defense intercepted Tyler Hensley three times in the game for the first win at Monacan since 2009.

Clover Hill clinched a playoff spot for the third year in a row.  That hasn't happened since 1976-78.  The Cavaliers will likely be the five seed in Region 5B.