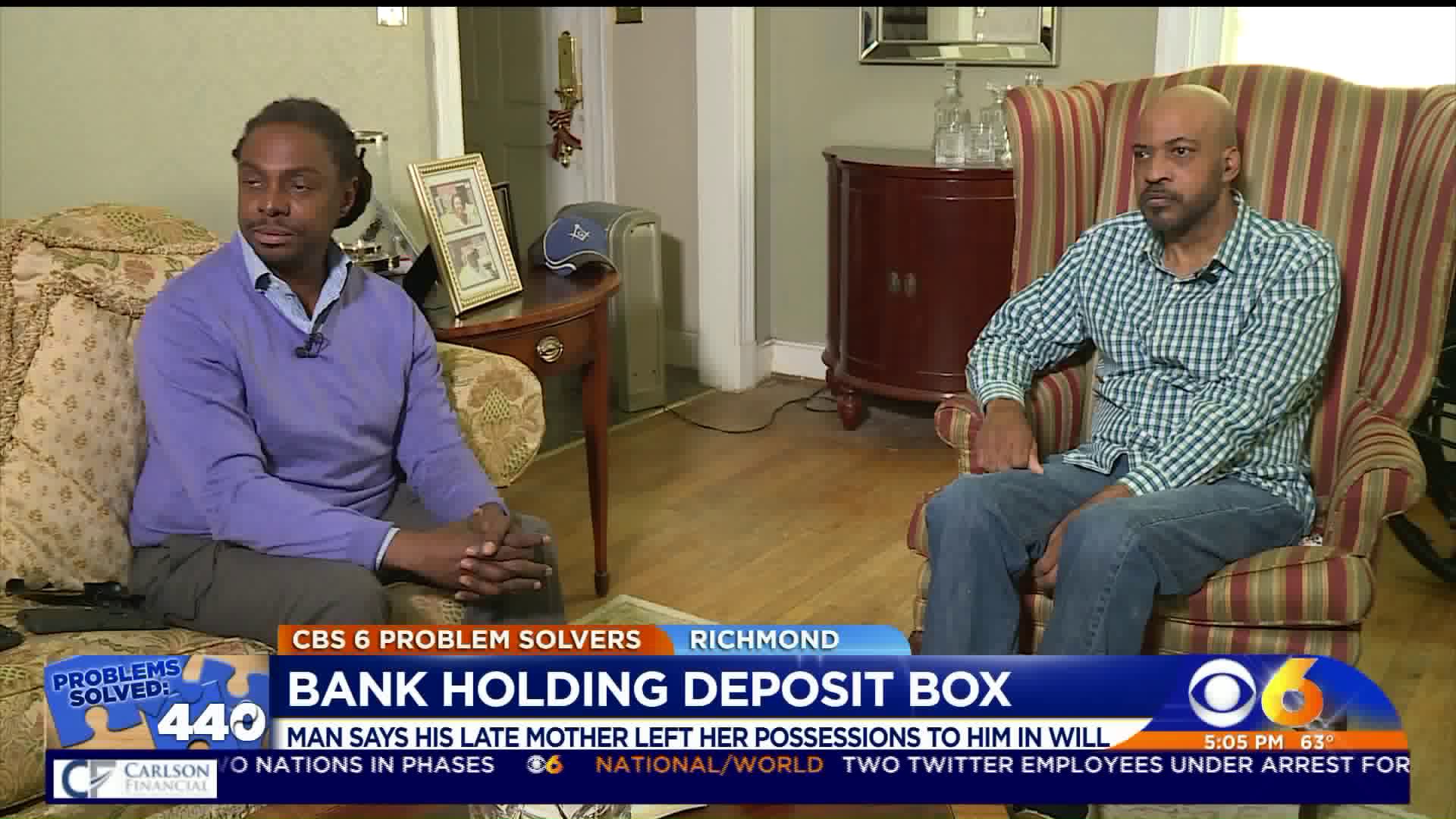 RICHMOND, Va. -- A Richmond man says a local bank is standing between him and his deceased mom’s belongings.

Keith Crockett says he is the only child and his mom’s will clearly spell out all of her possessions are to go to him. He said he thought tying up her financial affairs at SunTrust bank would be easy, but that’s hardly the case.

He tells the CBS 6 Problem Solvers for nearly a year he has been struggling with his mom’s long time bank.

Crockett, who has a disability after suffering nearly a dozen strokes, says he had power of attorney over his mom Geraldine’s affairs in her later years.

When she passed away just months after her 90th birthday, Crockett became the executor of her estate.

The details are spelled out in probate court documents.

“She told me if anything ever happened to her or when she died, for me to go to the bank and I would get everything I needed,” Crockett explained.

His caregiver, Linwood Chambers, who has been trying help Crockett resolve this, calls it frustrating.

“He has all of the legal documents that say he’s the rightful owner of his mother’s contents,” Chambers said.

Crockett and Chambers say while SunTrust Bank released funds from her accounts, Crockett hasn’t been able to gain access to a safe deposit box that he says SunTrust is still holding.

“I think it’s crazy for them to be able to release funds in all of her accounts to him but not give access to a safe deposit box because the will does not specify safe deposit box. It’s unbelievable” Chambers added.

The Problem Solvers reached out to SunTrust bank on the son’s behalf.

A spokesperson declined to comment on a customer’s case but said they would escalate it internally and contact Mr. Crockett for further discussion.

“I think executives at the top need to revisit how they handle situations like this. Customers shouldn’t have to go through this, especially experiencing a loss as he has. It’s absolutely nuts and crazy” Chambers added.

Thursday evening Crockett told us he got a call from a SunTrust representative who assigned him a case number.

He also says the lady told him some states require special language regarding safe deposit boxes, but she wasn’t sure if Virginia is one of them.