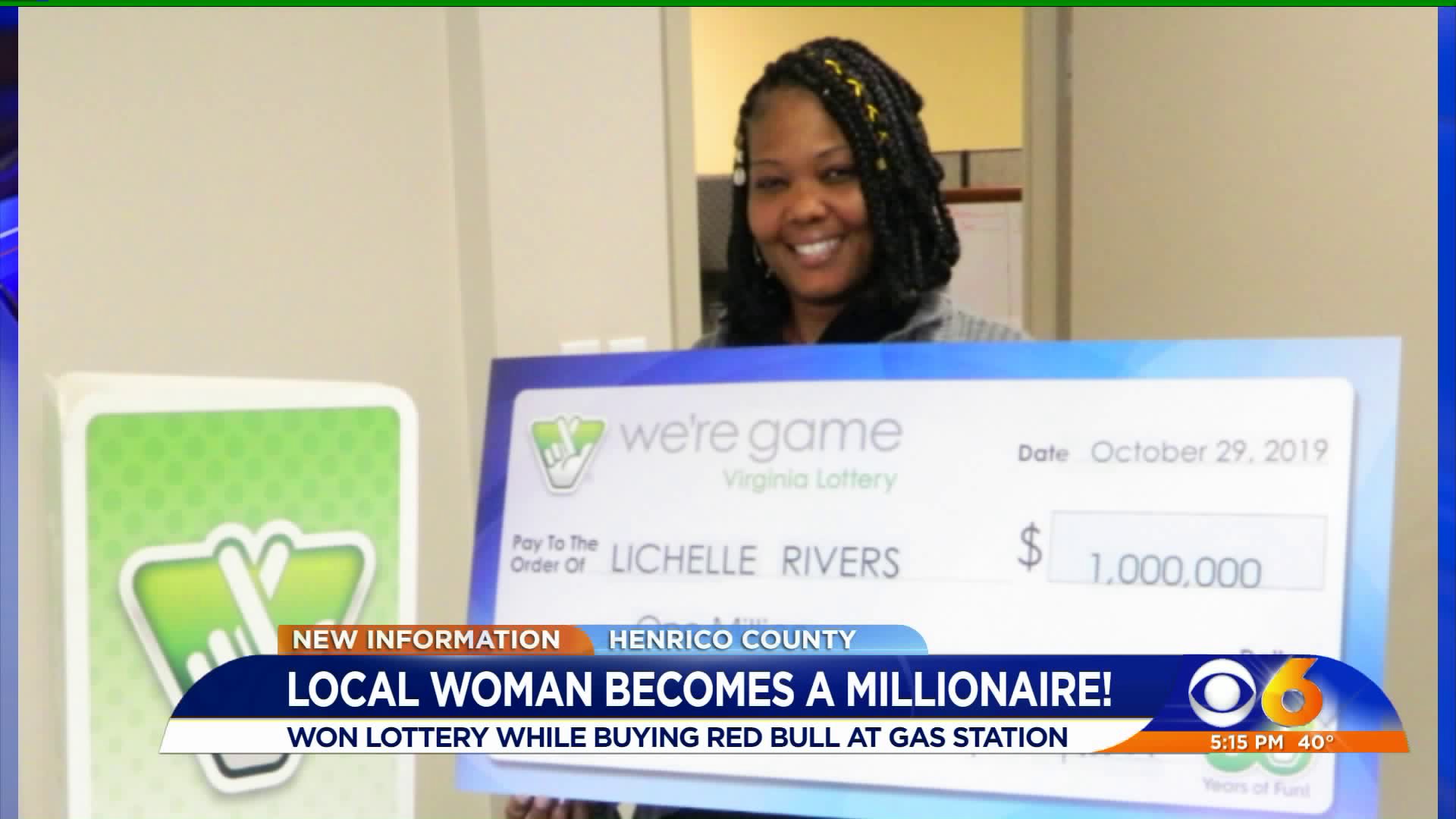 HENRICO COUNTY, Va. – A Henrico woman got the surprise of a lifetime recently when she realized she won $1 million playing the Virginia Lottery’s 20X the Money game.

Lichelle Rivers was so excited that she forgot to pay for her Red Bull and ran out the store.

“I ran out to the car and told my fiancée I’d won!” said the Sandston woman.

Of course, Rivers did go back inside Gas & Snack on South Laburnum Avenue to pay for her Red Bull.

Rivers said she has no immediate plans for her winnings.

“I’m still trying to take it all in!” she said.

Rivers is the third person to claim the game’s top prize, which means one more remains unclaimed. Her chances of winning the $1 million top prize were 1 in 1,224,000.

River chose to take the one-time cash option of $610,874 before taxes instead of taking the full $1 million prize over 30 years.