Update on girl whose father was detained during Mississippi ICE raid 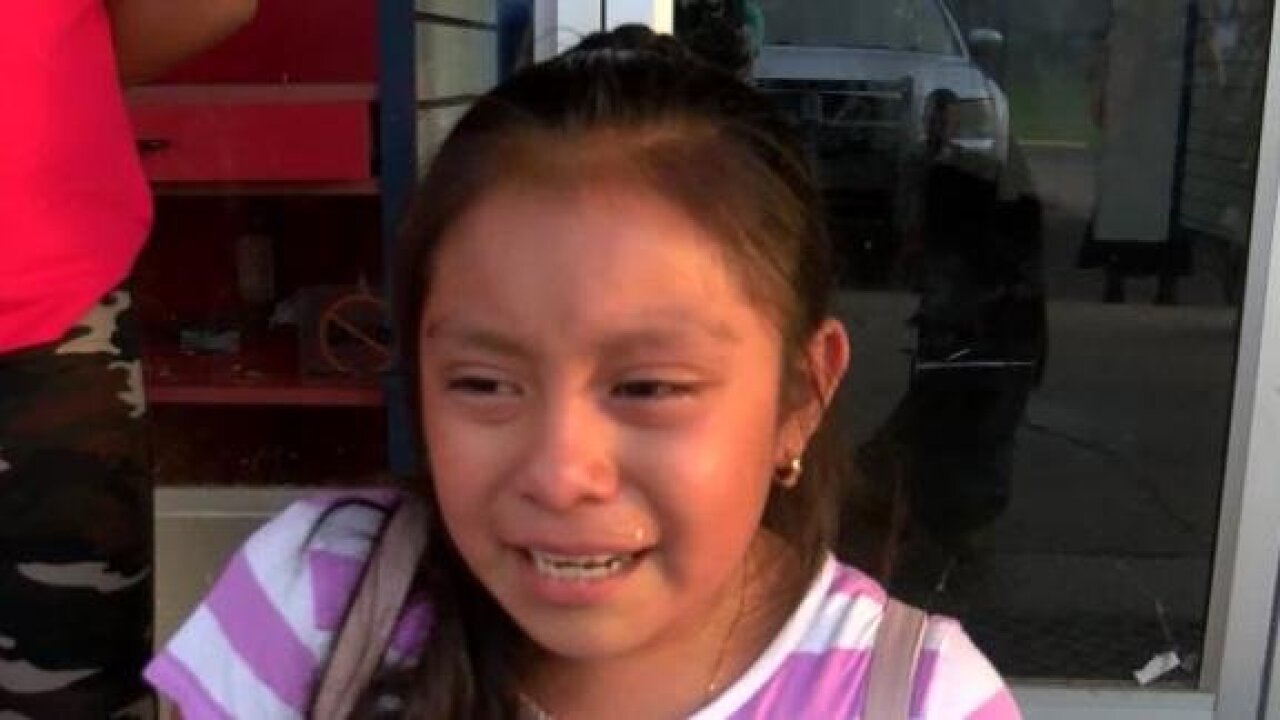 MISSISSIPPI - Magdalena Gomez Gregorio hugged her father for the first time in months after she tearfully begged in front of reporters for his release following a massive immigration sweep in Mississippi.

Her father, Andres Gomez-Jorge, was released from immigration detention last week after relatives and friends raised funds to pay his $7,500 bond.

His daughter's voice was heard around the world in a video that went viral after immigration authorities rounded up hundreds of undocumented workers at several Mississippi food processing plants in early August.

"I need my dad. ... He's not a criminal," Magdalena said, sobbing as she waited with other children at a local gym that offered food and shelter on the day of the raids to children whose parents had been taken.

Gomez-Jorge had been working at the Morton Koch Foods plant in Morton, Mississippi when the raids occurred. His wife, Juana, who asked to be identified only by her first name out of fear for her family's safety, didn't sleep for days while waiting for word about her husband.

Now, the couple and their four children are "extremely happy" to be reunited but are unsure of what their future holds.

He has not received a court date just yet and is struggling to find work. He wants to work in construction but he says jobs are scarce because it is starting to get cold.

Because Gomez-Jorge brings in all the income and is currently unemployed, the family of six has been surviving on donations of food and money.

No charges against employers

Three months after the raids, there are still no charges filed against any of the owners or companies involved in employing the more than 650 undocumented workers that were detailed after the raids.

On Thursday, several Democratic lawmakers from the House of Representatives Committee on Homeland Security questioned an ICE official at a hearing Mississippi, and pressed him to explain why no employers have faced charges.

Jere Miles, special agent in charge of Homeland Security Investigations' New Orleans office, told committee members that no employers had been arrested as a result of the raids, noting that the investigation was ongoing.

Investigators seized 850,000 documents and 22 terabytes of information, he said.

Two of the raided chicken processing plants have said they followed local and federal laws and participated in E-Verify, which is used to confirm employment eligibility for workers. Officials at two other plants did not respond to CNN's previous requests for comment.

"As I'm assuming all of you understand, it is a lengthy process to build a criminal prosecution," noting that executing search warrants is "not the final step."

"Seven months from now or a year from now when we finalize the investigation," he said, "there will be nobody thanking us for it."

"You knew before you came that laws were being broken, but you picked on the undocumented person to the exclusion of the employers," Green said. "This is not the way we treat people in the United States of America."

Dozens of workers have been been indicted on charges ranging from illegal reentry to misuse of social security numbers, according to court documents.