Gwyneth Paltrow says her feelings about Harvey Weinstein are complicated 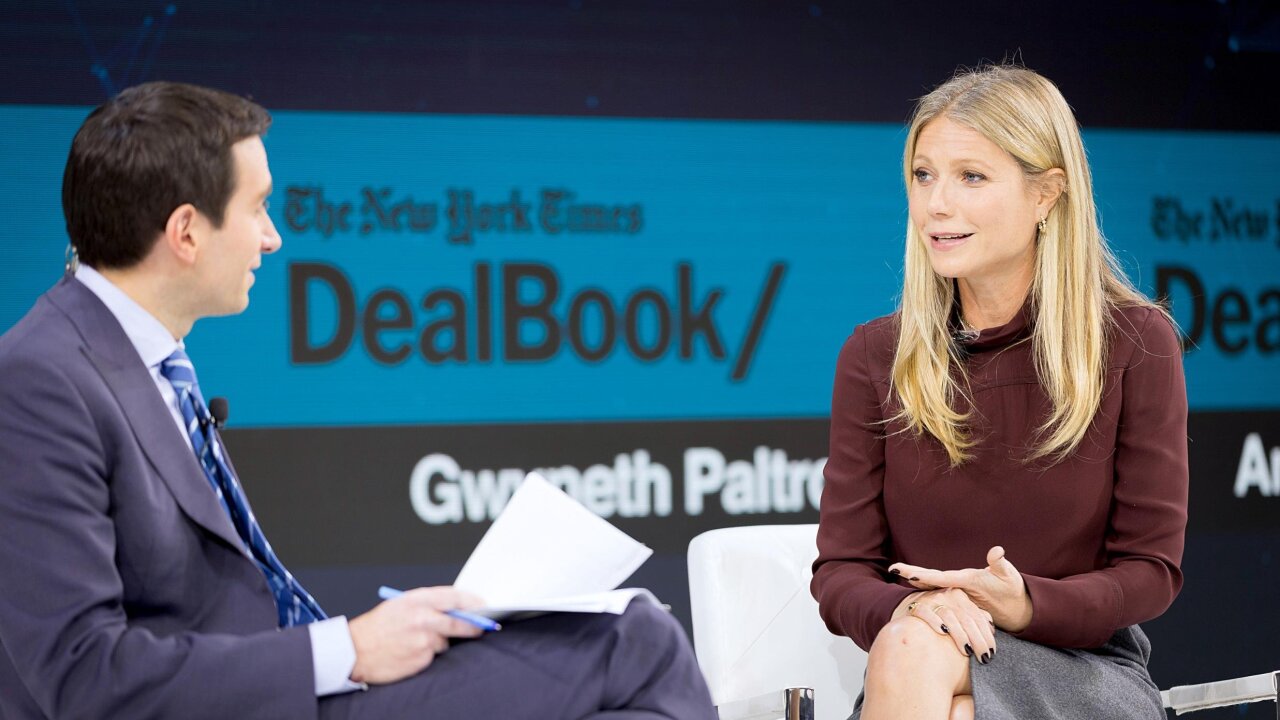 Gwyneth Paltrow was a crucial source when The New York Times investigated Harvey Weinstein two years ago. She encouraged other actresses to come forward, and she eventually decided to go on the record with her own allegation of harassment against Weinstein, the man who helped catapult her to stardom and stands accused of abuse by more than 80 women.

Now, as Weinstein maintains his innocence and awaits trial for rape, Paltrow says she’s “not sure” how she feels about the man she used to work with.

Interviewed on stage at the Dealbook conference on Wednesday, Paltrow also said “loss of power” — something Weinstein has certainly experienced — seems to stop some men from further misconduct.

Paltrow said she was propelled to read it because so many people encouraged her to do so.

Sorkin quoted this paragraph from the column: “I’ve spent two years wondering whether Paltrow’s taste for acting had diminished because of that man, whether having his company seem synonymous with some of her strongest, most popular work compelled her to start a company of her own, one where the work concerned not acting but being, being whole, being better, being ridiculously better.”

Before coming around to that conclusion, she told Sorkin, “I think he said it better than I could say it myself.”

“It’s something that I’ve been processing over the last year or so. I don’t think I was even aware that it possibly could have tarnished the way that I viewed my first career until I got involved with Jodi and Megan and the book,” she added, invoking Jodi Kantor and Megan Twohey, who investigated Weinstein and recently published “She Said.”

Paltrow is now as well-known for her entrepreneurship, with Goop, as for her acting roles. She is currently starring in Netflix’s “The Politician.”

She talked about her business ventures at length during the Dealbook section, but then Sorkin asked about how she now feels about Weinstein.

“You know, I don’t like to be binary about people or about things,” she said. “I think we’re all equal parts or varying percentages light and dark.”

Then she referenced her starring turns in his movies like “Shakespeare in Love.”

“He was a very, very important figure in my life. He was my main boss,” she said. “He gave me incredible opportunity and yet during that time we had a very, very fraught complicated relationship. Highs and lows. And the postscript to that chapter of my life is where it gets extremely complicated for me, because information came to light about who he was and how he was behaving that I didn’t know during my already very difficult time with him. So I’m not sure. I’m not sure how I feel.”

Sorkin followed up and asked, when it comes to men like Weinstein, “can they repent? Is there something they can do?”

Weinstein has been talking with his confidants about a potential career comeback, according to CNN’s report earlier this week.

“There’s a spectrum,” Paltrow said, “but it does seem to me, for the more egregious offenders, that really loss of power is what keeps them from further offending. So if they don’t have the power, then they lose that dynamic and then the game’s over.”