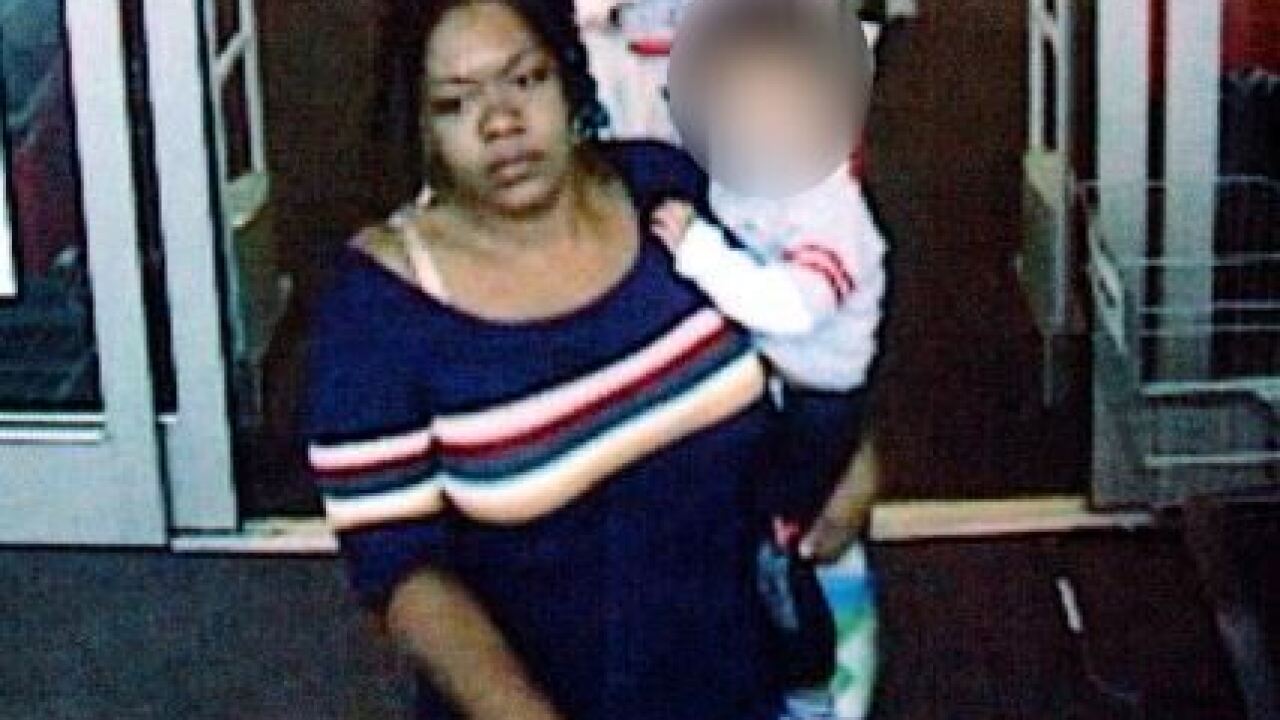 RICHMOND, Va. – Police are asking for the public’s assistance in identifying a woman who is accused of using a stolen credit to make fraudulent purchases at several Richmond businesses.

Police say on October 8, the woman was seen on security video after using the stolen credit card at the Target store at 5401 W Broad Street. The woman was seen holding a child during that incident.

The woman is also accused of using the stolen credit card at several Walmart stores and 7-Eleven stores in the city.

Anyone with information about the identity of the woman is asked to call Third Precinct Detective M. Williams at (804) 646-1007 or contact Crime Stoppers at (804) 780-1000 or at http://www.7801000.com. The P3 Tips Crime Stoppers app for smartphones may also be used. All Crime Stoppers methods are anonymous.