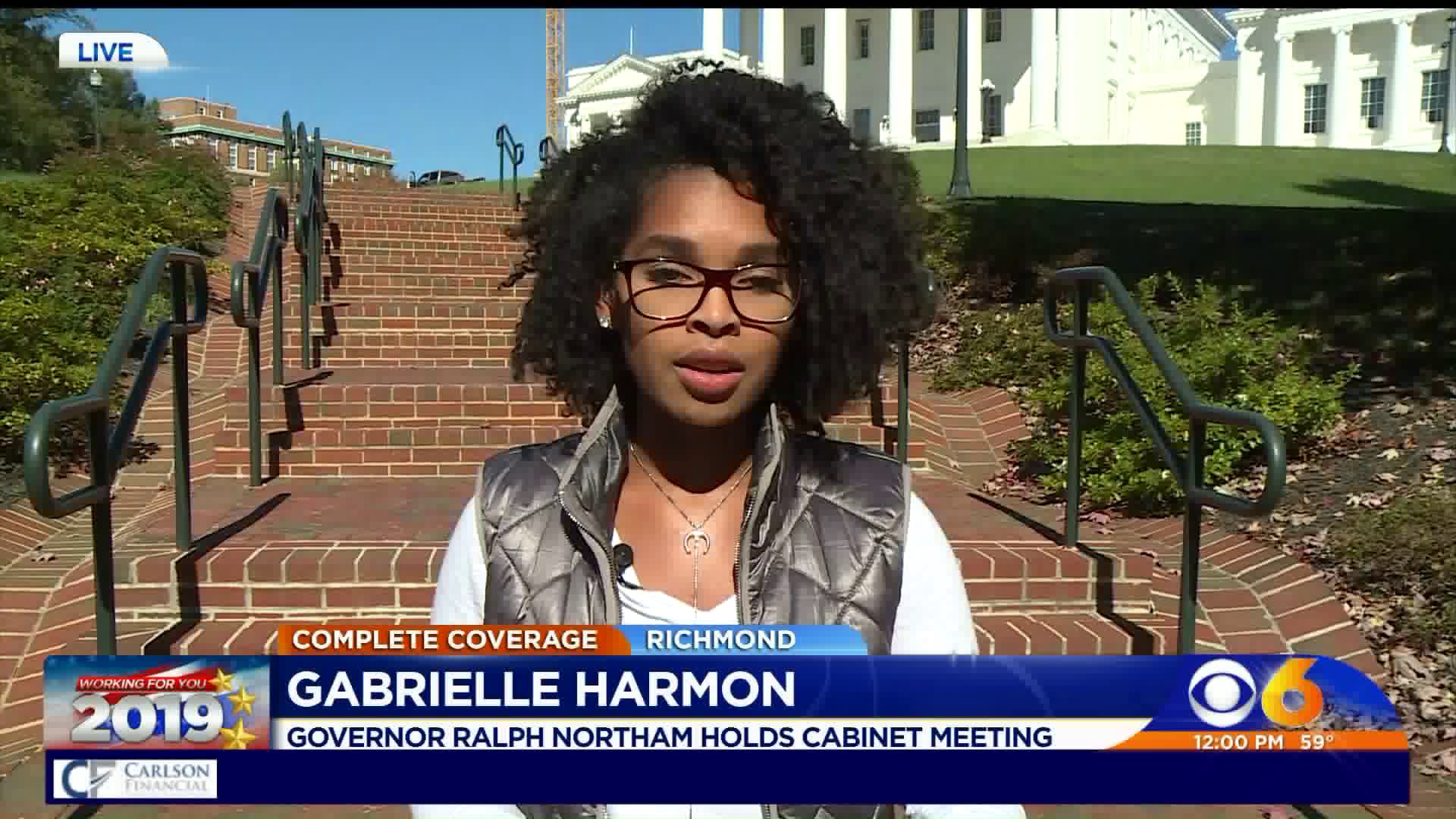 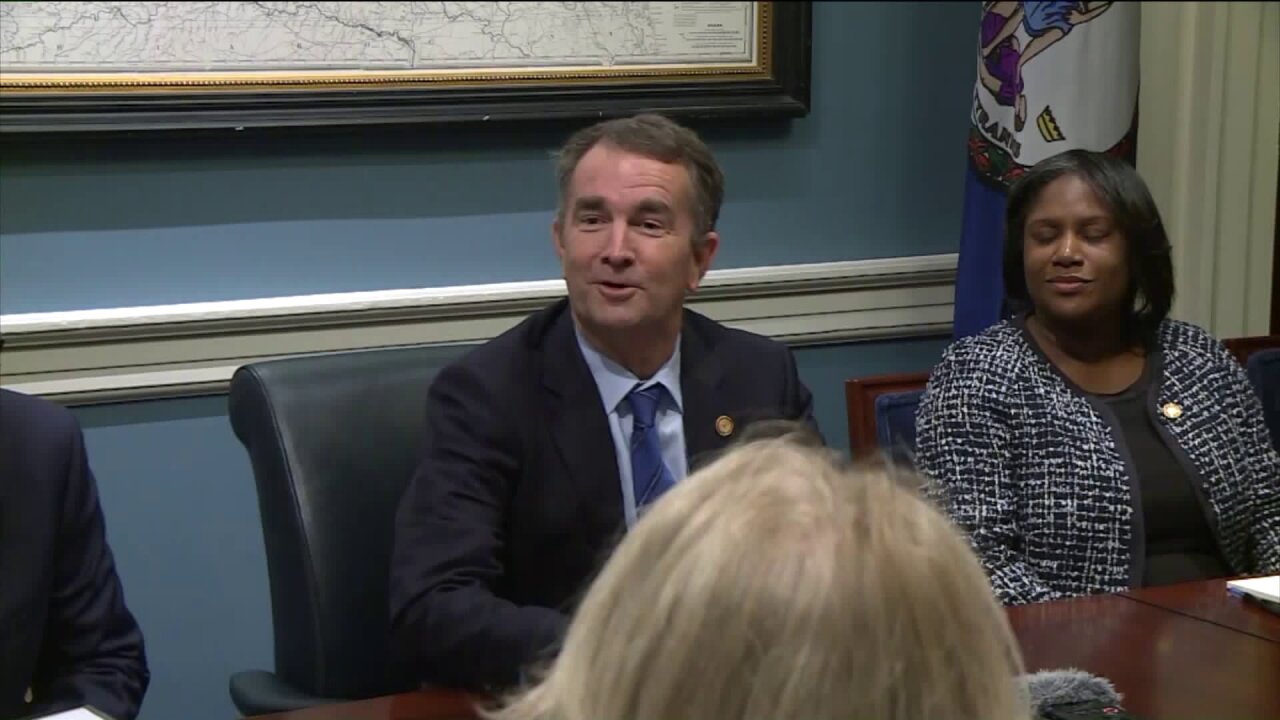 RICHMOND, Va. -- Virginia Gov. Ralph Northam on Wednesday said he will reintroduce gun control measures in the upcoming legislative sessions now that Democrats have taken control of the General Assembly.

"Getting rid of bump stocks, high volume magazines, red flag laws. These are common-sense pieces of legislation," he told CNN's John Berman on "New Day." "I will introduce those again in January. And I'm convinced, with the majority now in the House and the Senate, they'll become law and because of that, Virginia will be safer."

At Governor Northam's open cabinet meeting Wednesday morning, he and his cabinet of secretaries gathered to discuss updates with several initiatives. Topics like common-sense gun control, healthcare reform, decriminalizing marijuana, as well as education and raising teacher pay for the first time in 15 years.

Democrats took control of the Virginia House and Senate on Tuesday for the first time in more than 20 years. Northam and Democrats will now have an advantage in the assembly to pursue gun control measures that Republicans have pushed against and blocked.

Following a mass shooting at a Virginia Beach municipal building in May that left 12 people dead, Northam called a special session to debate gun control, but it was adjourned by Republicans without action. A ban on assault weapons and high-capacity magazines and reinstating Virginia's one-handgun-a-month law were among eight policy proposals Northam introduced ahead of the session.

Some of the proposals were introduced at the beginning of the current legislative session. Republicans had voted down some of the bills and effectively blocked the other measures from moving out of committees.

House of Delegates Speaker Kirk Cox, a Republican, won reelection Tuesday night. He called the special session after it adjourned an "election-year stunt."

"The speed which the governor called the session, the partisan demands for floor votes, the roadshow all demonstrate to me how the whole thing is just an election year stunt," Cox said at the time. "We all share the goal of reducing gun violence in Virginia."

Cox did not immediately respond to a message seeking comment on Northam's remarks on Wednesday.

Northam said Wednesday that Virginia residents have "had enough" of gun violence, and that sentiment was a contributing factor to the Democrats' victories.

"Last year, we lost over 1,000 lives to gun violence. And people have said enough is enough," he said. "And I've told the legislators I need people that will come to Richmond and have dialogue, they'll take votes and pass laws to make Virginia safer. People spoke yesterday."

Republicans have said they plan to fight what they call “democratic policies,” with some of them already stating that Virginia may begin to look like California when it comes to state policy.

After his cabinet meeting, Northam said he also supported increasing the state’s minimum wage, which is currently $7.25/hour.

"I expect there will be a dialogue. To what level we get and how fast we get there I can’t tell you, but we’re certainly open and I’ll support raising the minimum wage," he said.

Another topic that Northam expressed support for was another attempt at passing the Equal Rights Amendment, a move that could have an impact nationwide.

"If you get it to the floor and let people vote, then it will become law and, so, Virginia will be next in line to pass the ERA,” said Northam.

The Governor was also asked about Confederate monuments in the state and if localities may be given the power to decide what to do with them (currently, such monuments are protected by state law and localities would need permission from the General Assembly to remove them).

"Obviously there needs to be a change in the code to do that. I suspect that legislation will be introduced to move in that direction and I’ll certainly look at that legislation, but again, my position, my thoughts are that localities are in the best positions to make those decisions,” added Northam.

The General Assembly will reconvene next week and newly elected officials will begin their term in January 2020.