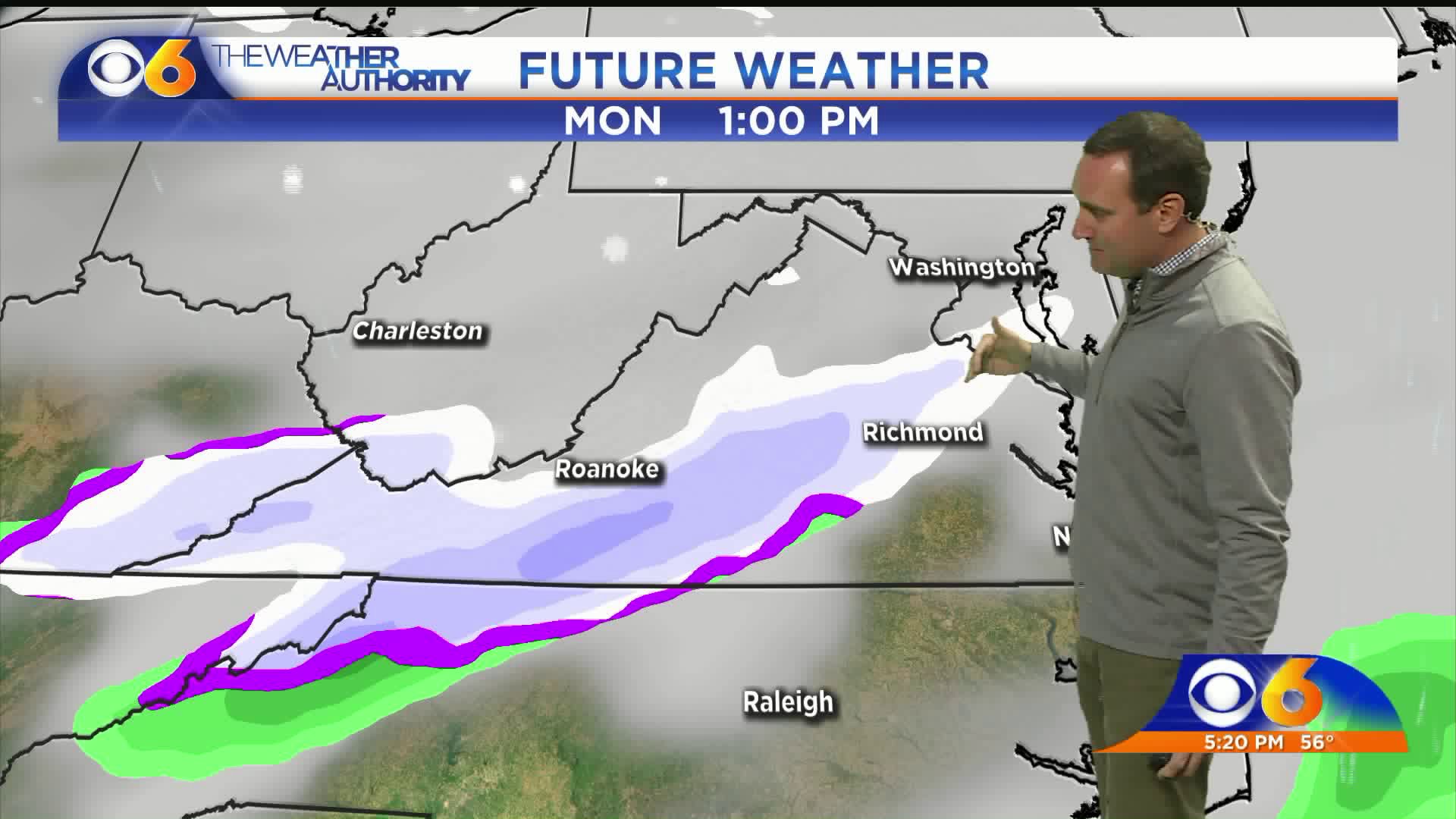 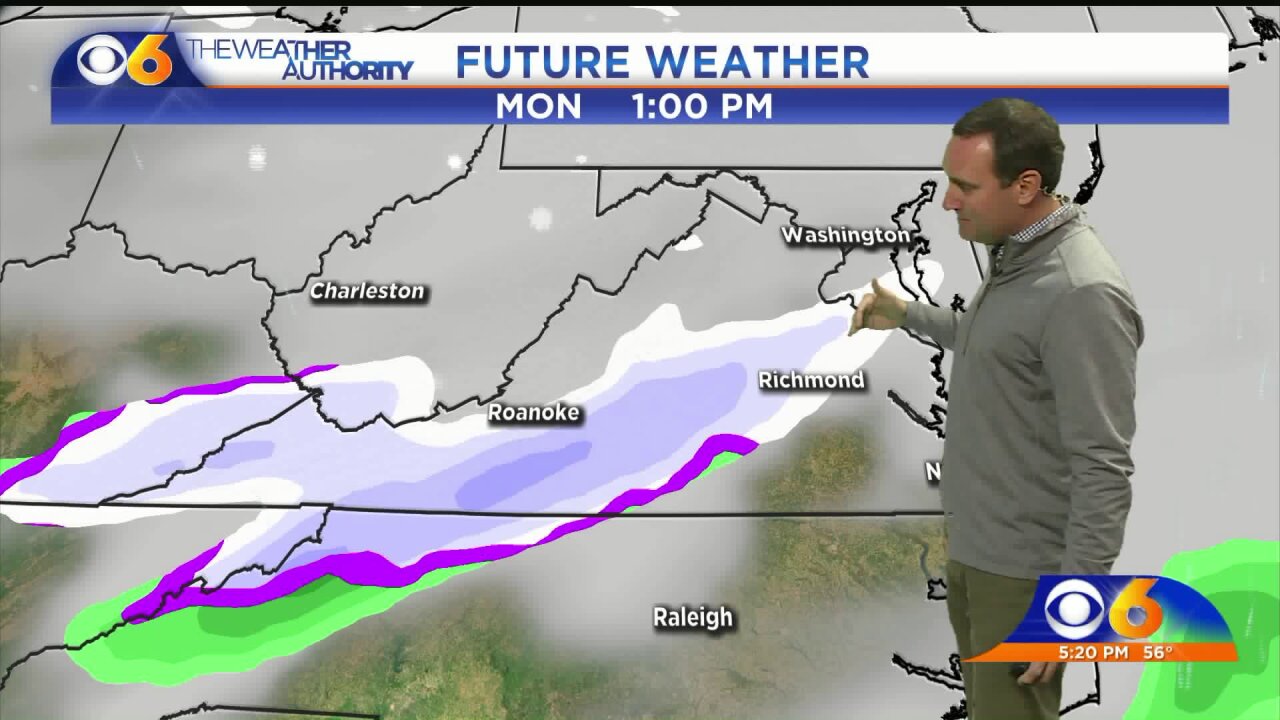 RICHMOND, Va. -- A massive blast of cold air is headed to Virginia. And with it, could come some snow. As of November 5, 2019, the forecast calls for that cold air to arrive on Monday, November 11.

"It could bring a little bit of wet snow even right here into parts of the Virginia Piedmont," CBS 6 chief meteorologist Zach Daniel said. "It's a long way off, but, you're going to hear about it out there, I'm telling you. You will hear about it. There is a chance. It's not a great chance. But we're watching what can happen a week from now."

Zach followed up his forecast with a tweet that indicated the two biggest snowfalls in Richmond's recorded history both took place in early November.

Interesting stat: the 2 biggest snowfalls in RVA recorded history in November both occurred in the first 11 days of the month. #rvawx #vawx @CBS6

This Tuesday we'll see a mix of sun and clouds, with mild afternoon readings in the mid 60s. Wednesday will be sunny and a little cooler with highs in the upper 50s and low 60s.

A strong cold front will move through Thursday night into Friday with some showers and much colder air. Temperatures Friday will likely stay in the 40s with gusty breezes making it feel even colder.

Next weekend is looking dry with highs in the upper 40s Saturday to the mid 50s on Sunday. Lows Saturday morning will be in the 20s to around 30.