For the 2nd day in a row, some Hawaii beaches are closed because of shark sightings 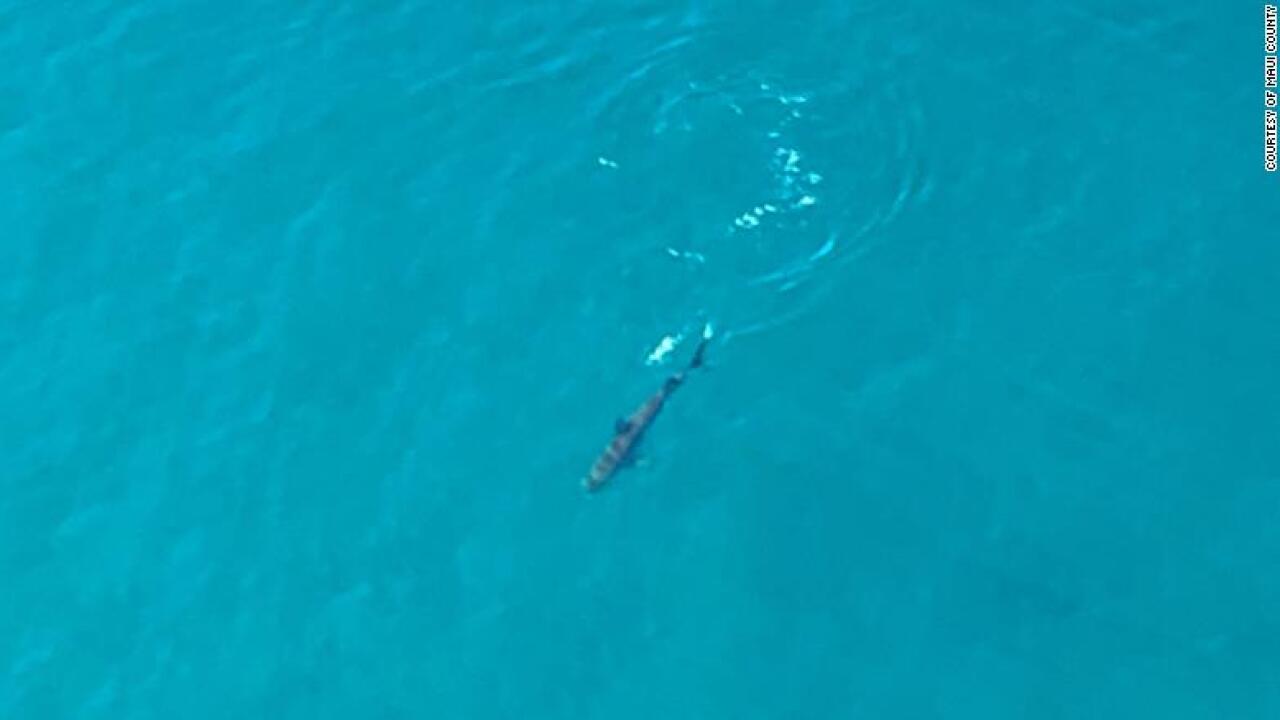 Officials spotted sharks from the air off of a Maui shoreline.

Officials spotted sharks from the air off of a Maui shoreline.

Beaches on the Hawaiian island of Maui were closed for the second straight day Tuesday after several tiger sharks were spotted in the water.

Authorities posted signs directing people to stay out of the water because of the sightings, the county said, and the Maui Fire Department was assessing the safety of the waters throughout the day Tuesday.

The beaches were closed Monday after three to five tiger sharks were spotted. A helicopter crew communicated with people still in the water to tell them to return to shore.

Tiger sharks are among the top three species of shark frequently involved in shark attacks, and they should be treated with extreme caution when encountered, according to the Florida Museum of Natural History.

There are no reports of shark-related injuries on this stretch of coastline from the past two days, Maui County said.

Other shark attacks this year in Hawaii

In April, a 65-year-old woman was attacked by a shark off Hawaii’s Big Island.

A month later, a 65-year-old man, optometrist Dr. Thomas Smiley, was killed while swimming off Maui’s Kaanapali Beach, about 30 miles up the coast from Kamaole, where this week’s sharks were seen.

A 16-year-old boy, Max Keliikipi, survived an encounter off Oahu in August after a shark took a bite out of his surfboard.

At the time, Keliikipi told CNN he didn’t have any plans to quit venturing into the waves, and he said knowing surfers who’ve been attacked by sharks was “not common, but it’s not uncommon, either.”