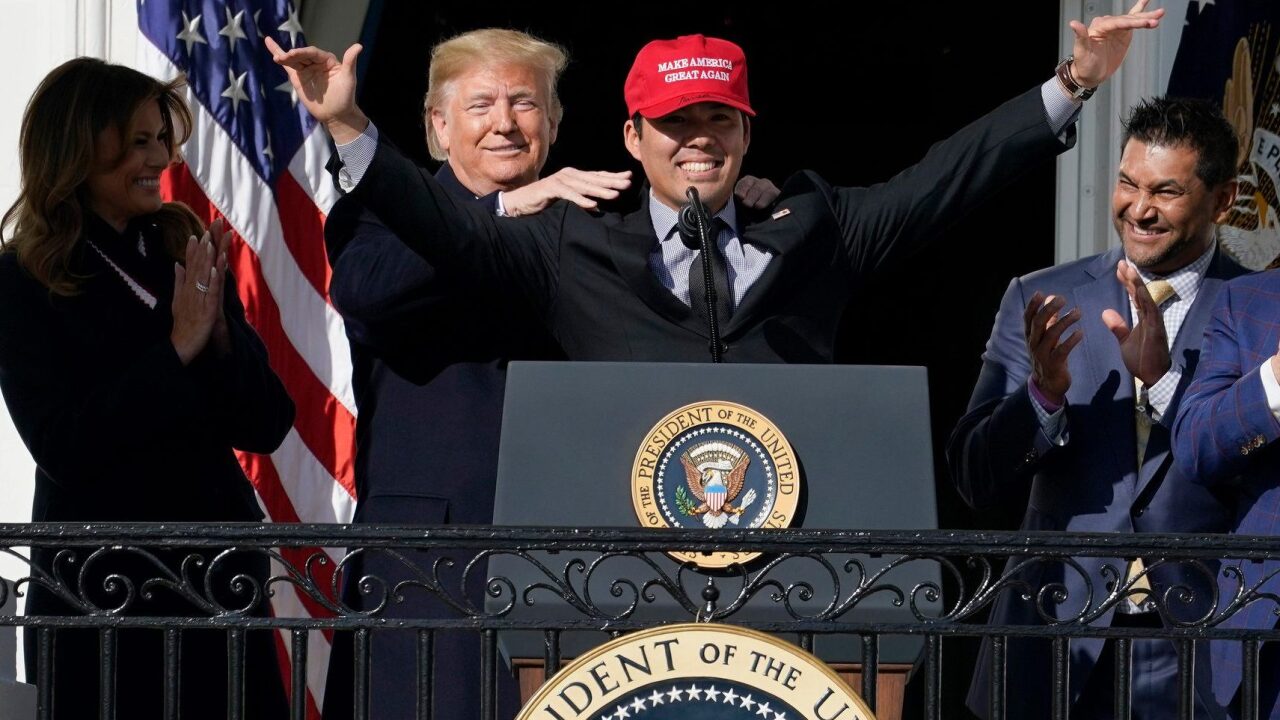 “For the first time in nearly 100 years, our nation’s capital is celebrating a World Series victory,” Trump said during a celebration from the South Portico of the White House. “The last time Washington, DC, was home to the World Series champs the president was a man named Calvin Coolidge.”

A few Nationals players were absent from the celebration, according to a list of anticipated attendees provided by the White House. Those not listed in attendance included Sean Doolittle, Anthony Rendon, Victor Robles, Michael Taylor, Joe Ross, Wander Suero, Javy Guerra and Wilmer Difo.

Doolittle, who’s been outspoken in his support for immigrants and the LGBTQ community, said he wouldn’t go to the White House because of Trump’s rhetoric. He told The Washington Post that he has a brother-in-law who’s autistic, and that he remains offended by Trump’s mocking of a disabled reporter during the 2016 presidential campaign.

The other baseball players have not publicly disclosed why they did not attend the event.

The Nationals team arrived to “Baby Shark” — National’s player Gerardo Parra’s walk-up song — and were greeted by thousands of fans on the South Lawn of the White House.

“You continue to make America the greatest country to live in the world,” he added.

The President couldn’t resist bringing up the impeachment inquiry during the celebration.

The President attended Game 5 of the World Series alongside several Republican members of Congress in Washington. Though Trump was a standout high school baseball player, he’s the only president to have not thrown out a first pitch to a Major League Baseball game while in office since at least 1910.