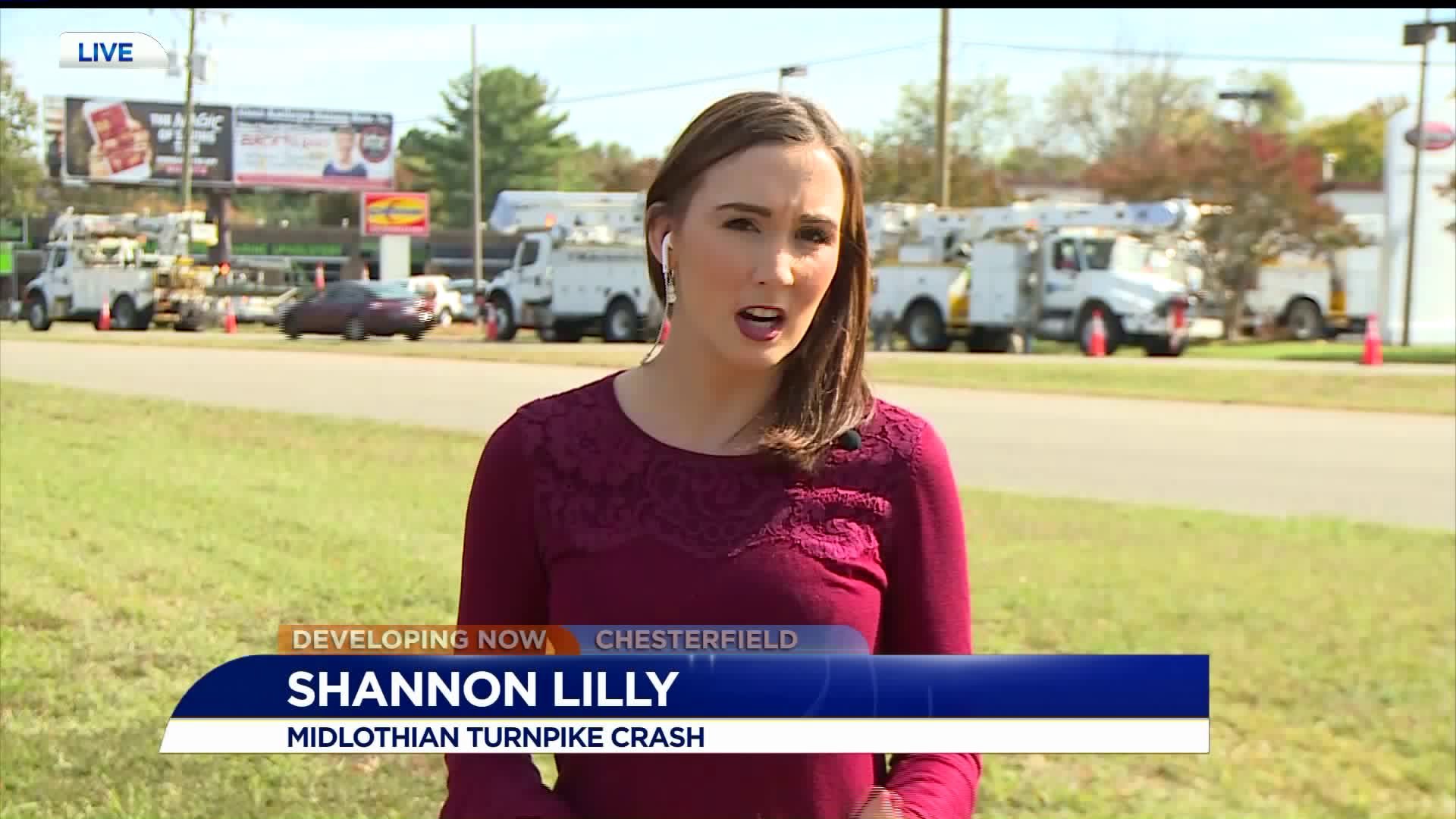 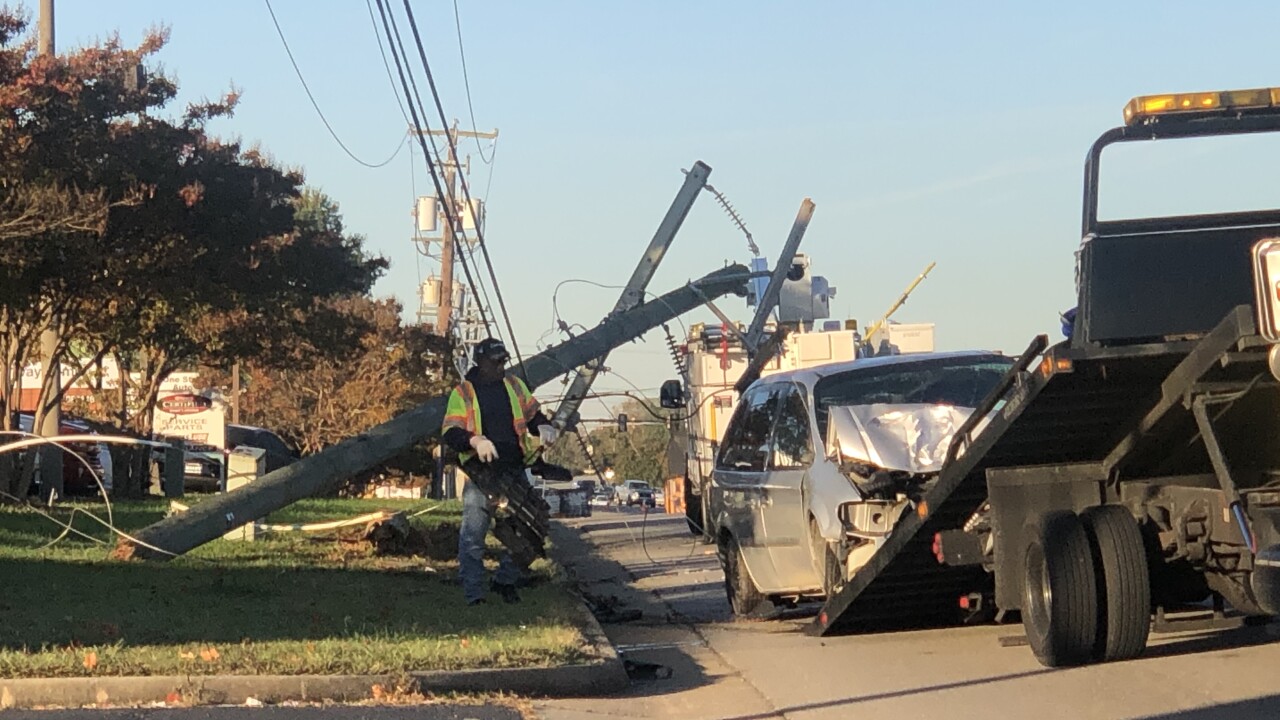 The vehicle crashed into a power pole, near Fairwood Drive, at about 6:15 a.m. and knocked out power to more than 2,000 Dominion Energy customers.

The driver was taken to the hospital with unknown injuries.

"I was brushing my teeth actually and poof! The light just went out. Like everything went out."

Rodriguez wasn't the only one to experience power outages. Businesses nearby like Sheetz and Tint World were also impacted.

"No power, no internet. no phones, no nothing," said Bill Snead, General Manager of Tint World.

Snead said he got stuck in the morning traffic, then had to send all of his employees home when he realized the power was out.

"Cancel or reschedule all of our jobs for the day, so it's kind of been a pain," said Snead.

Hours after power went out, Snead stayed near the business waiting for the power to come back on.

Crews stayed on scene throughout the morning, and expected the pole replacement to take several hours. 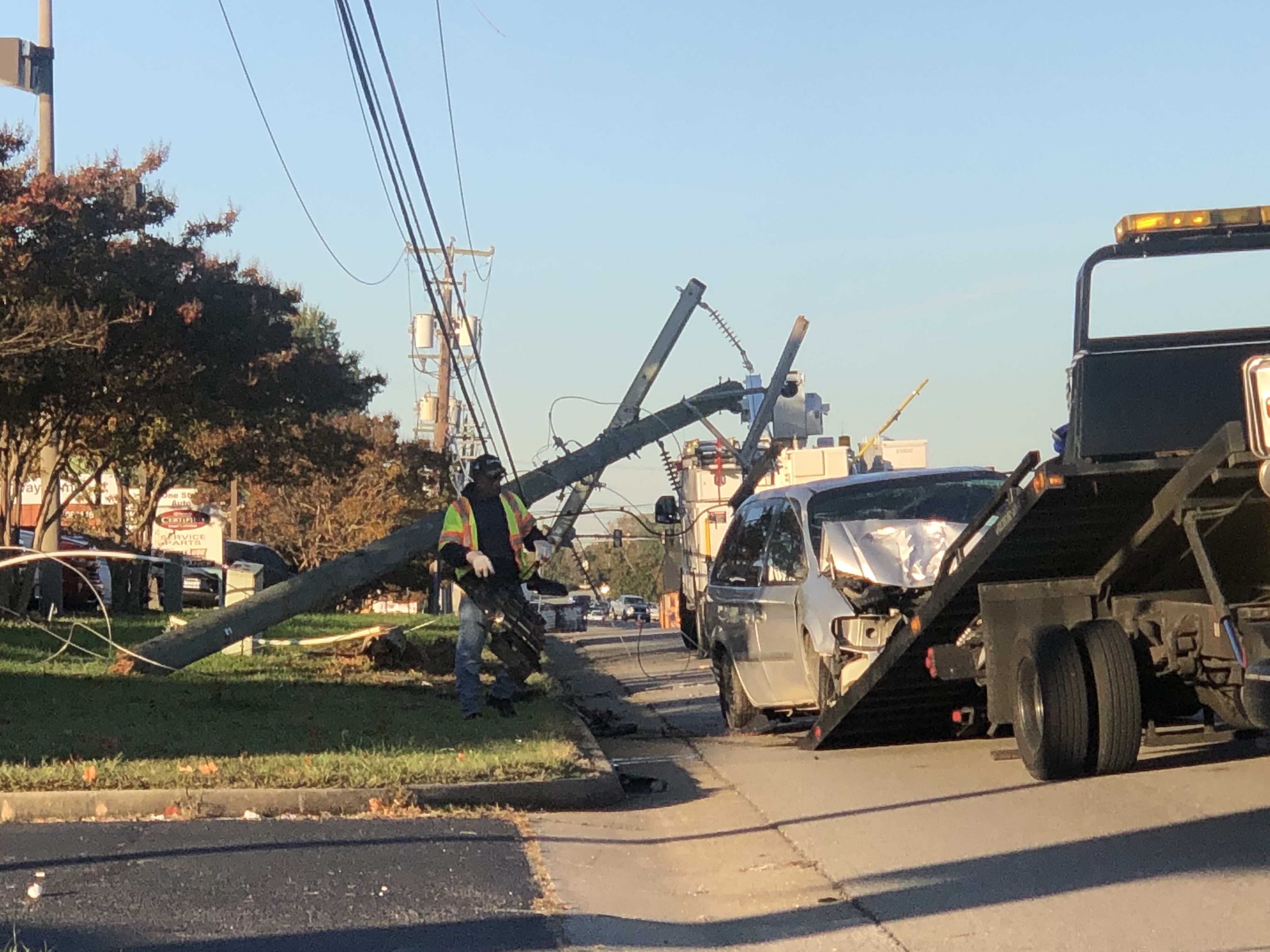