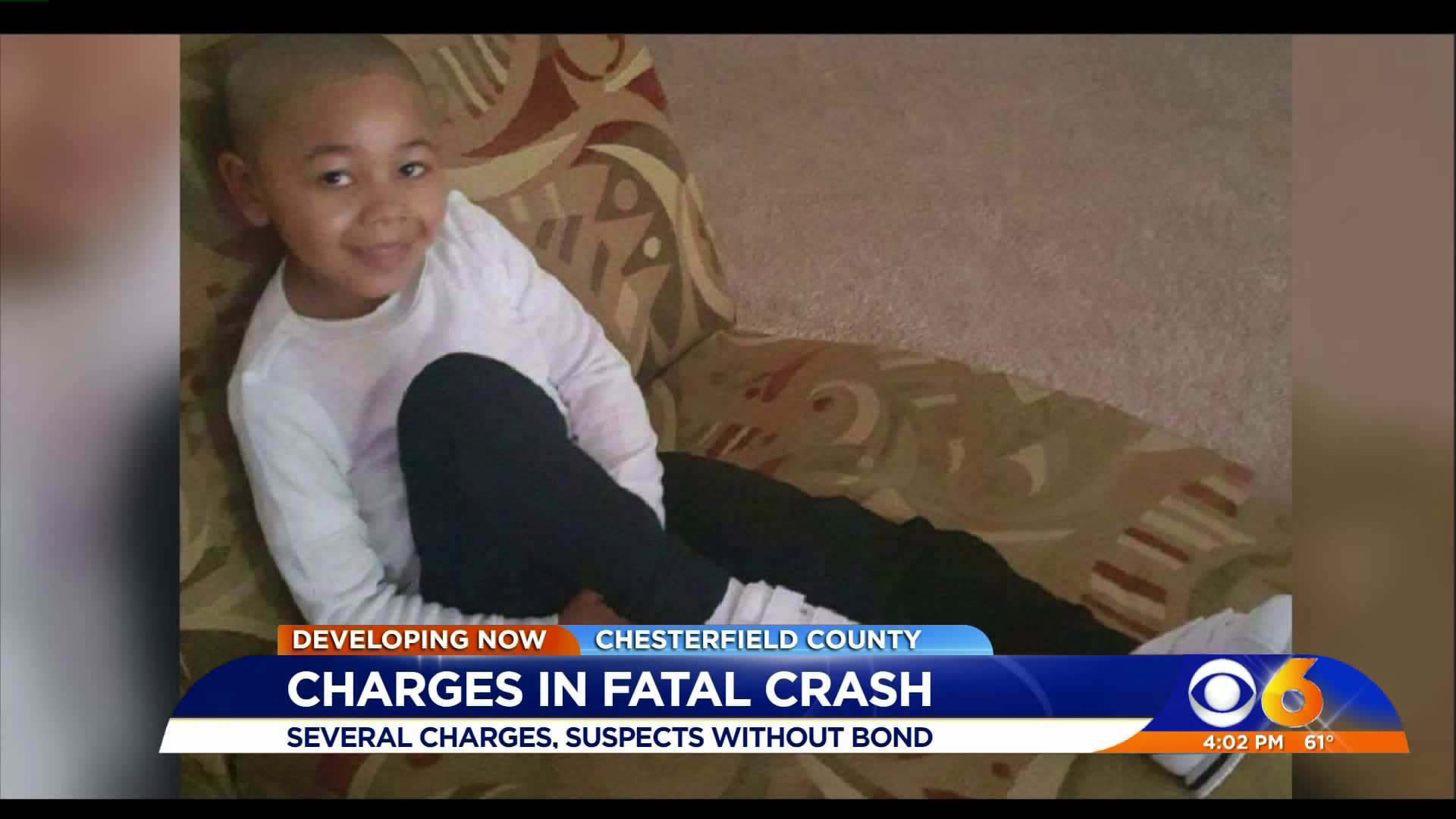 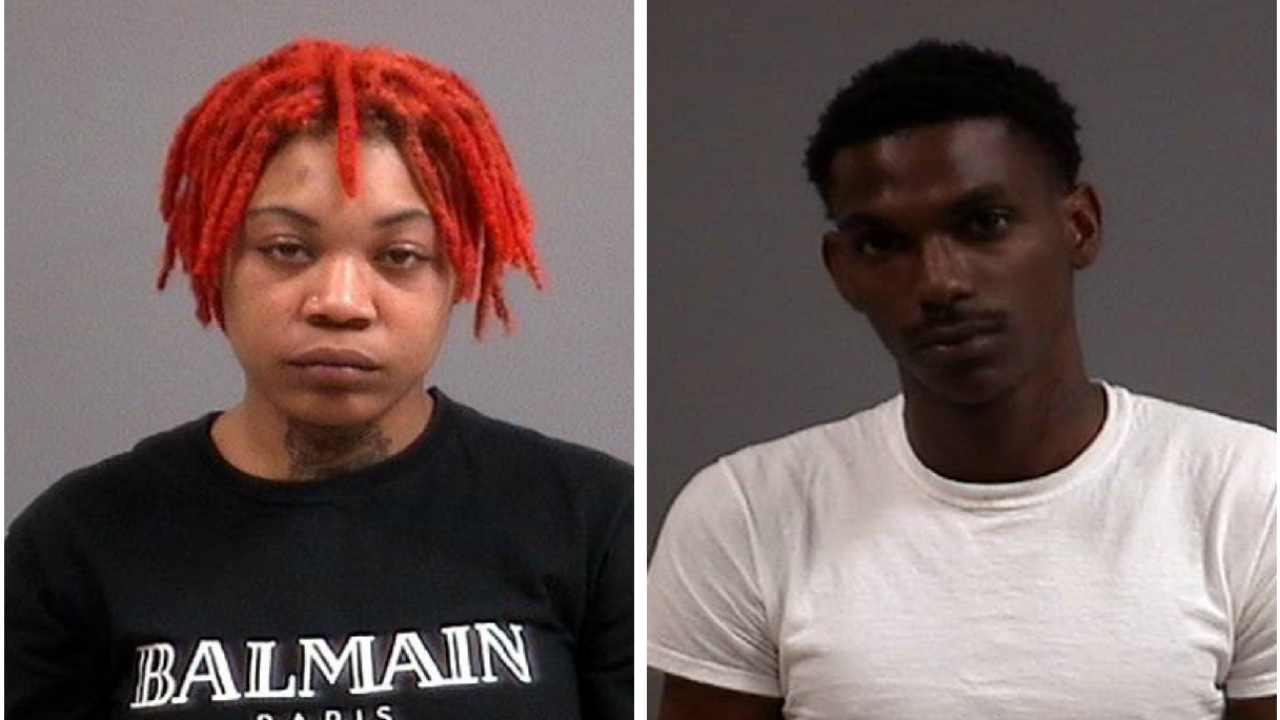 CHESTERFIELD COUNTY, Va. – A driver and passenger have been charged with several crimes, including aggravated DUI manslaughter, felony child endangerment, and drug charges, in connection to a fatal March crash that claimed the life of a 5-year-old boy.

The crash occurred on March 19, 2019, at the intersection of East Hundred Road and Meadowville Road in Chester.

Police said a Mazda Protégé was traveling east on East Hundred Road when it began to turn left at a crossover, but then reentered the eastbound travel lane.

That Mazda was then struck by a white Infiniti SUV, which was traveling behind the Mazda.

After the Mazda was struck from behind, both vehicles traveled into the westbound lanes, where the Mazda struck the rear bumper of a third vehicle.

A 5-year-old boy who was inside the Mazda, Bryan Hughes Jr., died from his injuries at the hospital.

Police say the passenger, identified as 24-year-old Mychae D. Goode, was holding an 18-month-old boy in her lap at the time of the crash. The boy was not injured.

Goode and the driver of the Mazda, 22-year-old Datron L. Pierce, were arrested on Friday, November 1 and charged in the crash.

Pierce, of Henrico, was charged with aggravated DUI manslaughter, driving under the influence of drugs, possession of marijuana, driving on a revoked license and driving with an unrestrained child.

Goode, of Chesterfield, was charged with two counts of felony child endangerment, possession of marijuana, allowing an unlicensed driver to operate a motor vehicle and operate/allow to operate an uninsured motor vehicle.

Pierce and Goode are being held at the Chesterfield County Jail without bond.