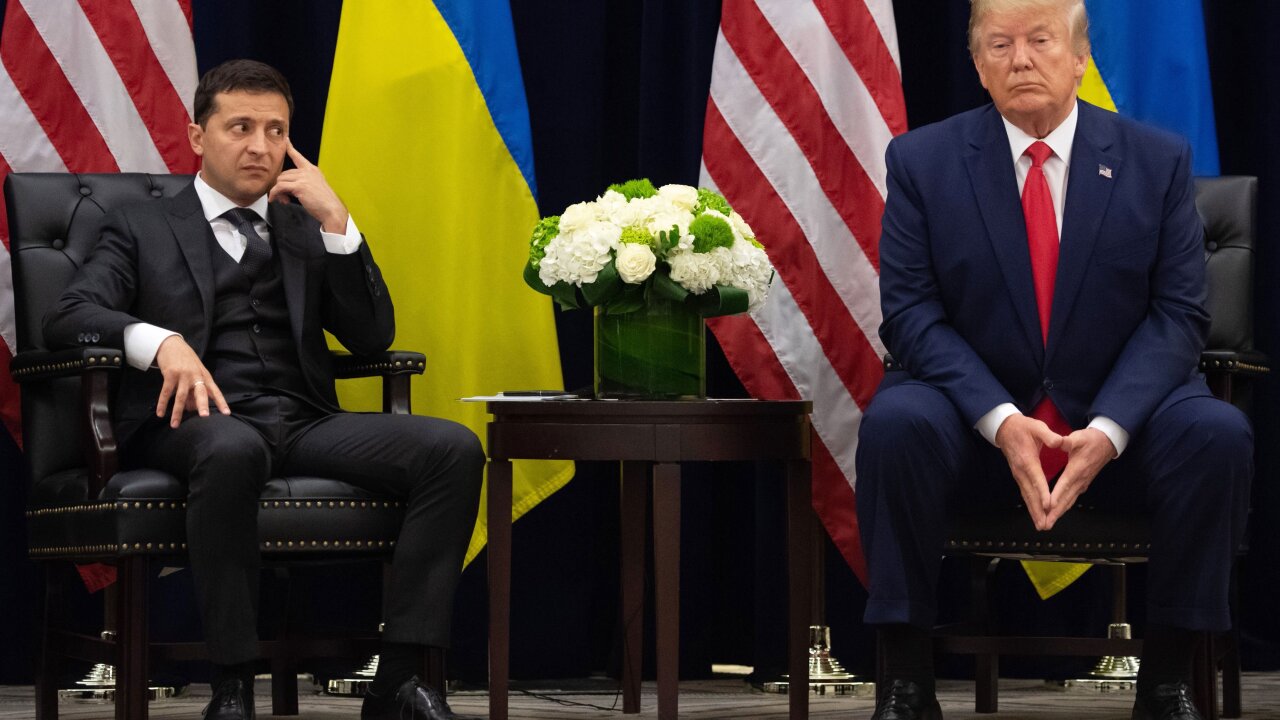 The whistleblower previously offered to answer lawmakers’ questions under oath and in writing if they were submitted by the House Intelligence Committee as a whole.

Mark Zaid, an attorney for the anonymous whistleblower whose allegations about President Donald Trump’s dealings with Ukraine ignited the House impeachment inquiry into the President, said Sunday he offered to have Republican lawmakers submit questions to his client directly without having to go through the committee’s Democratic majority.

The whistleblower previously offered to answer lawmakers’ questions under oath and in writing if they were submitted by the House Intelligence Committee as a whole. This new offer would be a direct channel of communication with the Republicans who are in the minority on that committee. Republican leadership has complained that the process is unfair and overly restrictive on their ability to question witnesses.

In a series of tweets, Zaid said Republicans on the House Intelligence Committee have sought to “expose our client’s identity which could jeopardize their safety, as well as that of their family.”

“Despite long standing policy of HPSCI to protect #whistleblowers, especially anonymity (btw, this was consistent with my efforts w/GOP on #Benghazi), GOP has sought to expose our client’s identity which could jeopardize their safety, as well as that of their family,” Zaid tweeted Sunday morning.

The lawyer continued: “We have offered to @DevinNunes, Ranking HPSCI Member, opportunity for Minority to submit through legal team written questions to WBer. Qs cannot seek identifying info, regarding which we will not provide, or otherwise be inappropriate. We will ensure timely answers. We stand ready to cooperate and ensure facts – rather than partisanship – dictates any process involving the #whistleblower.”

Zaid said Rep. Devin Nunes, the ranking member of the House Intelligence Committee, has acknowledged receipt of his offer to have GOP lawmakers submit written questions to his client, but said the California Republican has not yet provided a substantive response.

Zaid said the offer underscores his client’s desire to ensure his complaint is handled in a nonpartisan way. “Being a whistleblower is not a partisan job nor is impeachment an objective. That is not our role,” Zaid tweeted, adding that they “stand ready to cooperate and ensure facts – rather than partisanship – dictates any process involving” his client.

“The Whistleblower got it sooo wrong that HE must come forward,” the President tweeted Sunday morning. Trump also accused the whistleblower of partisanship though he said he had no personal knowledge.

In October, Republicans on committees leading the impeachment inquiry sent a letter to House Intelligence Committee Chairman Adam Schiff demanding he bring the whistleblower in to testify publicly. Democrats have said they will not do it over concerns about keeping the person’s identity secret.

“They have the right to remain anonymous,” Schiff said on Tuesday after the deposition of White House top Ukraine expert Lt. Col. Alexander Vindman. “They certainly should not be subject to these kind of vicious attacks and other words and actions that threaten their safety for doing their patriotic duty. And so we will make every effort to make sure that, notwithstanding the President or his allies’ desire to come out and exact political revenge on this whistleblower, that our committee is never used for that purpose.”

This story has been updated with additional developments.