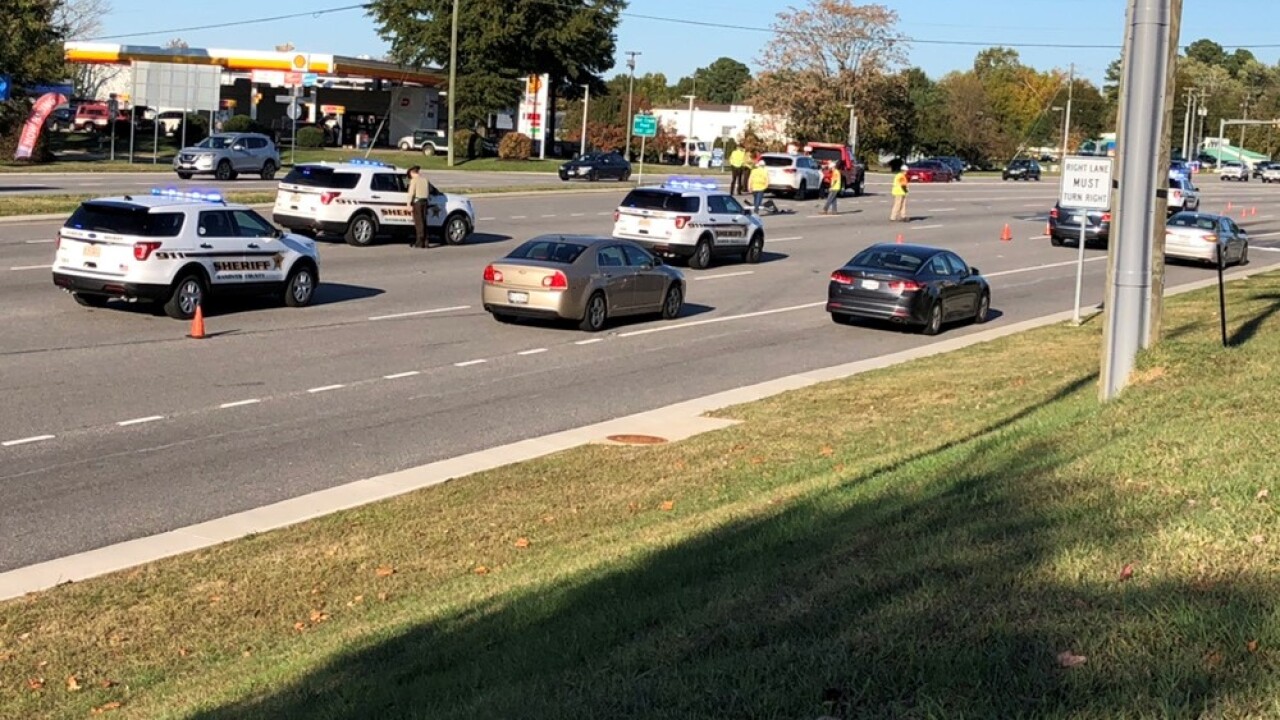 The vehicle was traveling eastbound on US-360 near the intersection of Bell Creek Road at noon when it struck a pedestrian walking along the shoulder of the road.

The pedestrian was transported to a local hospital where they were pronounced dead, Hanover County Sgt. Steve DiLoreto told CBS 6.

Officials said the driver, who remained at the scene, was not injured.

Eastbound lanes of US-360 were temporarily closed in Hanover at the ramps to I-295 north and south but have since re-opened.

The identity of the victim will be released pending next of kin notification.

The Hanover Sheriff’s Department asks anyone with information about the crash contact them at 804-365-6140.