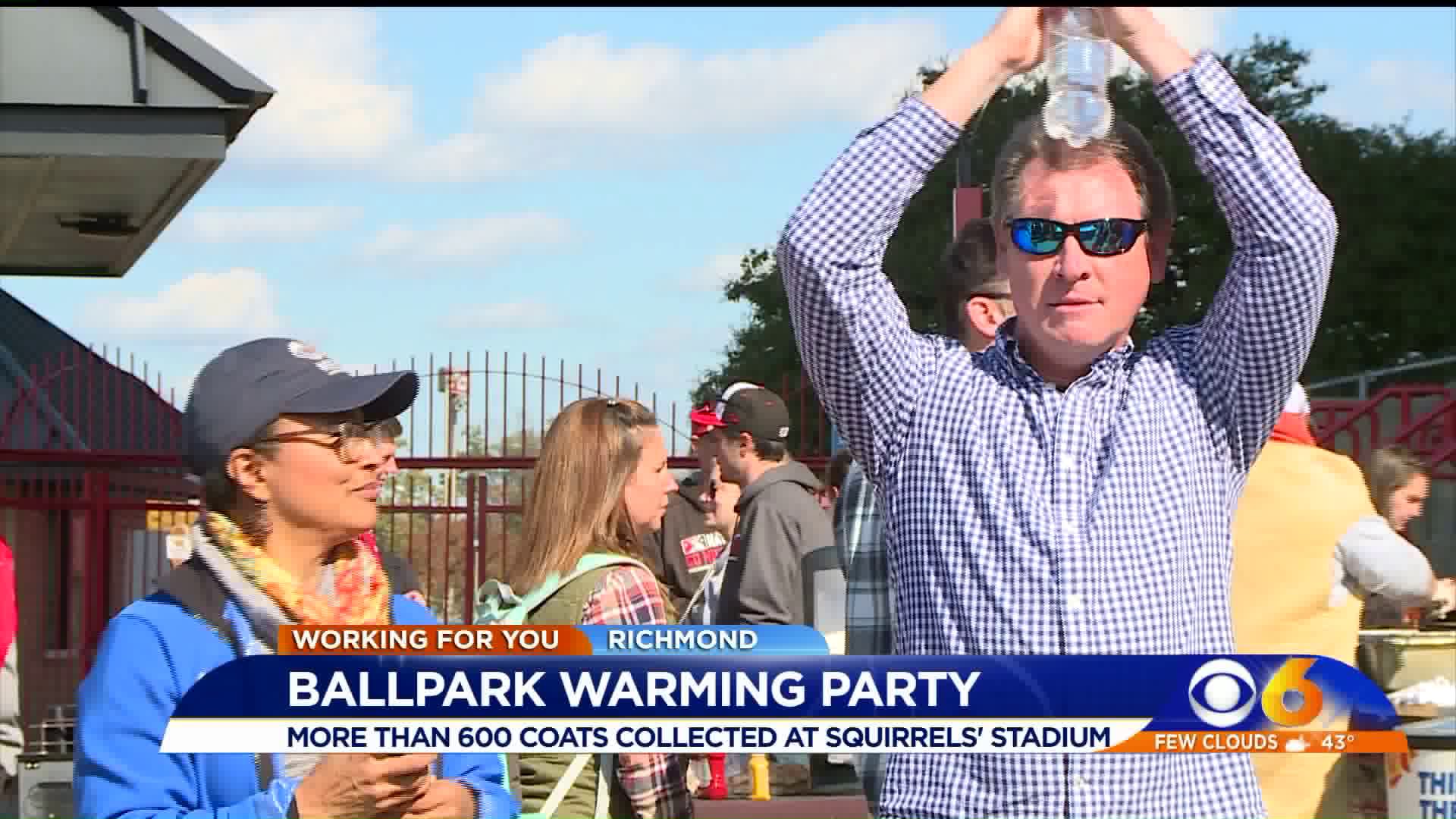 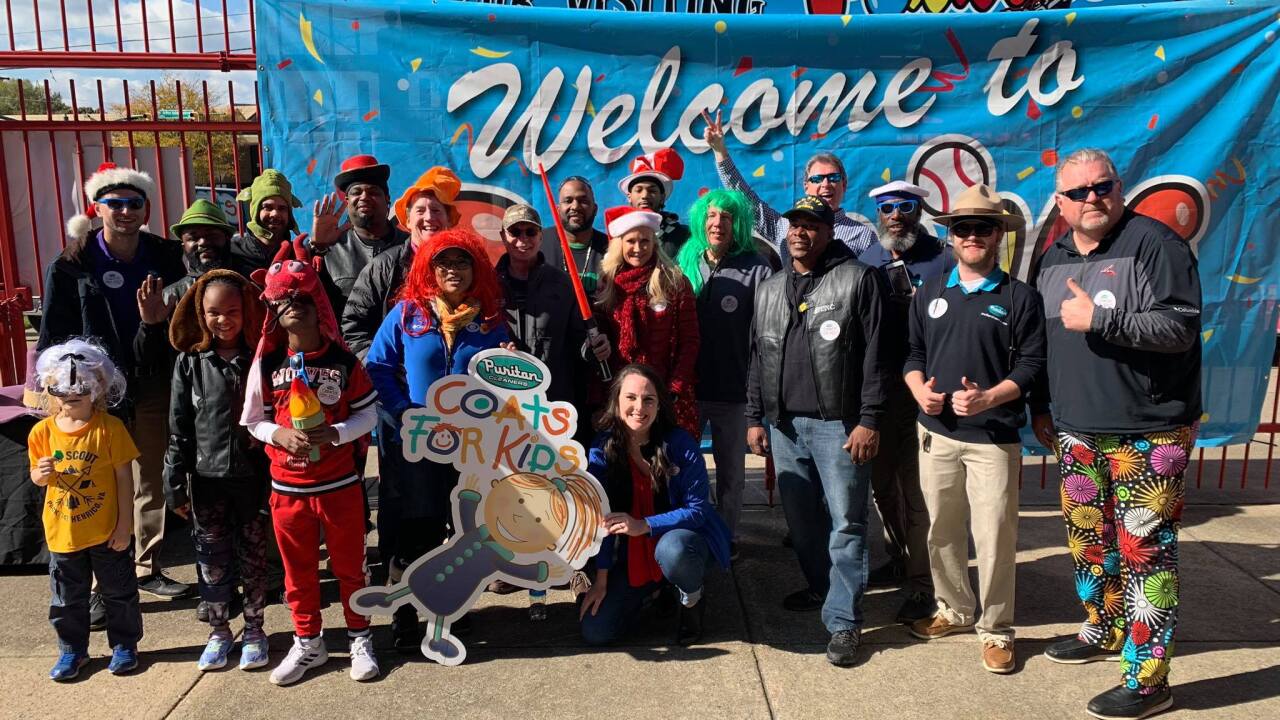 RICHMOND, Va. -- More than 600 coats were donated at the 11th annual Coats For Kids Ballpark Warming Party the Diamond Saturday.

CBS 6 is proud to be once again be partnering with Puritan Cleaners for the drive, which has collected more than 400,000 coats since 1988.

Squirrels fans were asked to drop off a coat while they enjoyed live music and samples of chili at Saturday's event hosted by Puritan Cleaners and the Flying Squirrels.

Several members of the CBS 6 News family were on hand as was Storm Rider 6.

The Squirrels won the golden ladle in the chili contest.

Parney helped stuff a van full of coats that were donated.

After the coats are cleaned by Puritan, they will be dropped off to the Salvation Army for distribution to needy families in Central Virginia.