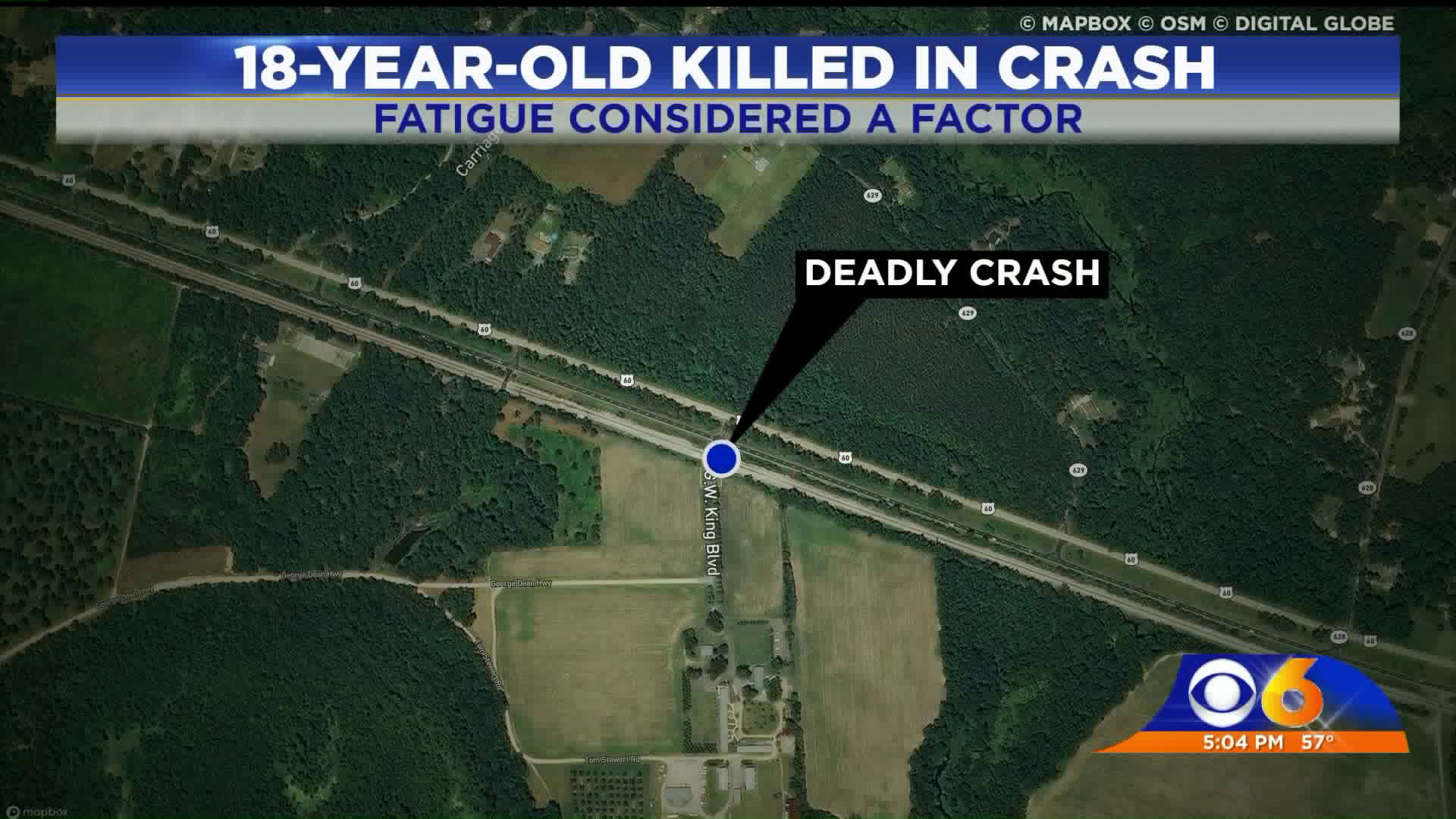 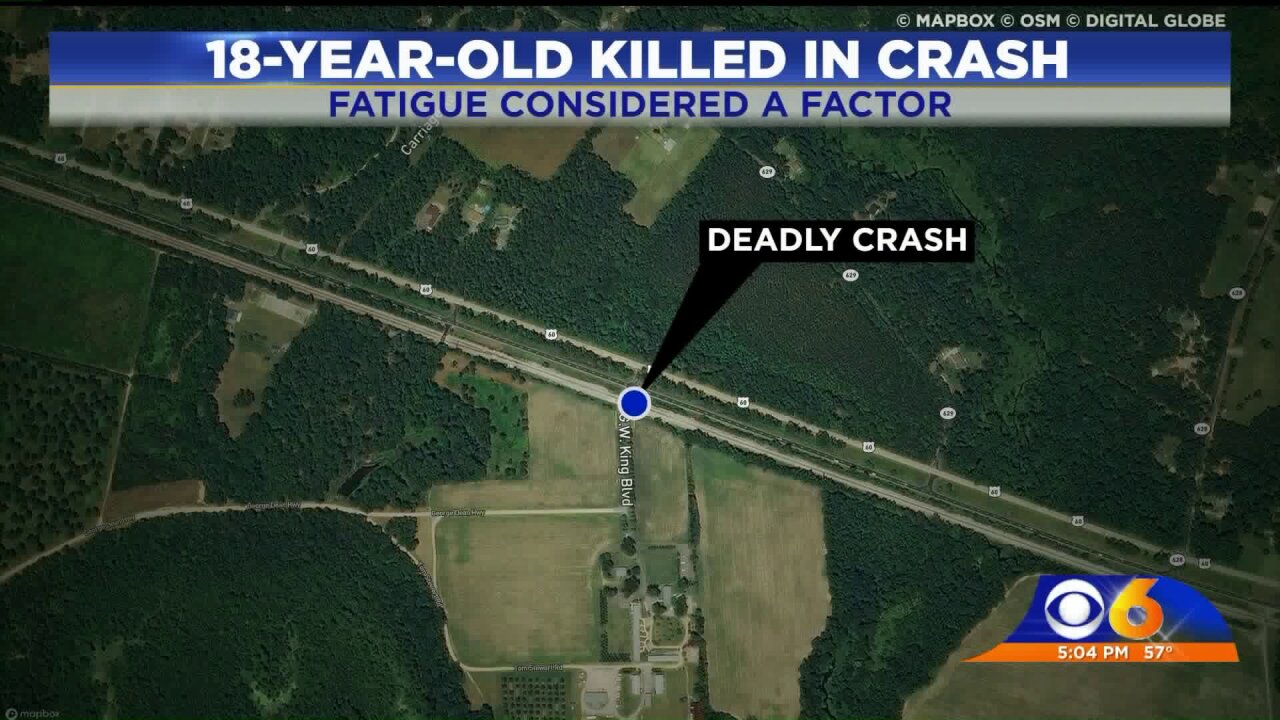 Jace T. Jefferson, of Providence Forge, was pronounced dead at the scene, near King Boulevard, at about 2:40 a.m.

"The trooper's preliminary investigation reveals that a 2012 Toyota Tacoma [driven by Jefferson] was traveling eastbound on Route 60 when he ran off road left striking several trees," a Virginia State Police spokesperson said. "Jefferson was not wearing his seat belt."

Investigators said it appeared driver fatigue played a role in the crash. The crash remains under investigation.