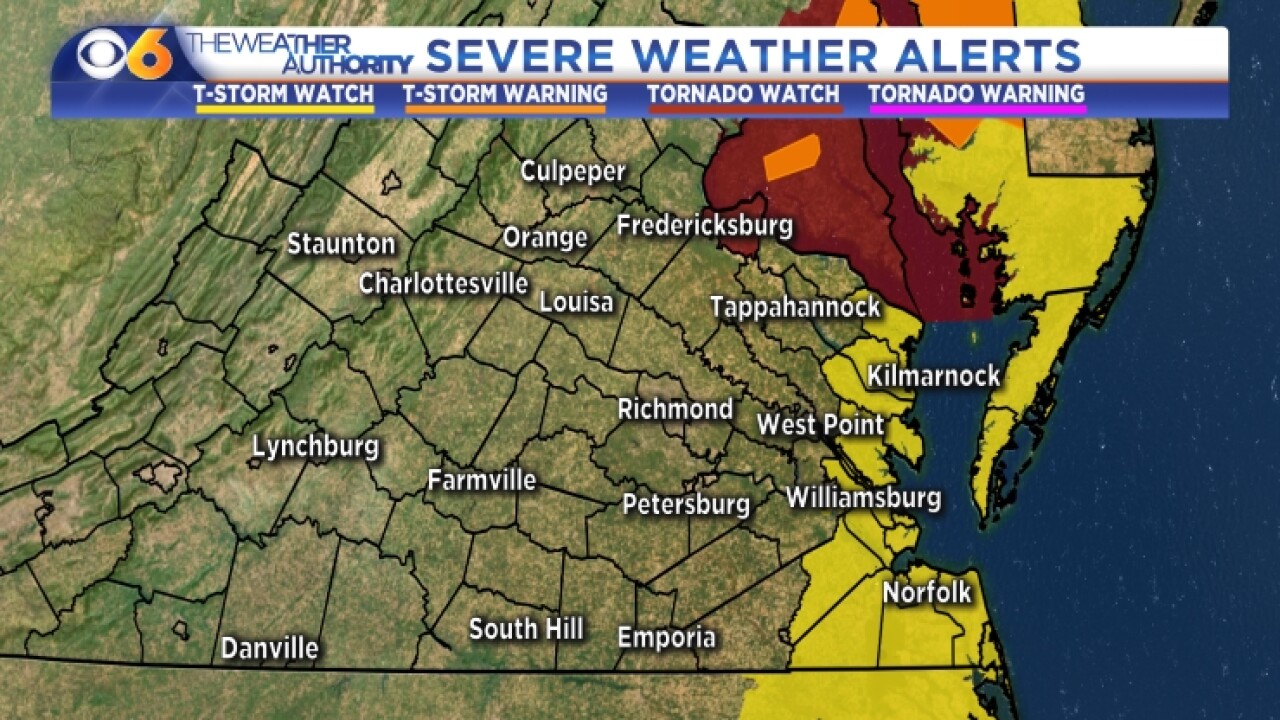 Stay with CBS 6 and WTVR.com for updates from Meteorologists Zach Daniel, Mike Stone and Frances Peyton.

RICHMOND, Va. — All tornado warnings issued for Central Virginia on Halloween have been cancelled or have expired.

A tornado watch remained in effect for Metro Richmond as well as parts of central, western and northern Virginia until 11 p.m.

Wind gusts were forecast to reach 30-40 mph, but some showers and storms produced much higher gusts, and wind damage was a possibility.

The window for these storms was between 8 p.m. and 10 p.m. in the Richmond metro.  Far eastern Virginia was forecast to see storms 9 pm-midnight.

Scroll down for a look at updates from our LIVE coverage as the storm rolled through Central Virginia from about 7:45 to 9:30 p.m.