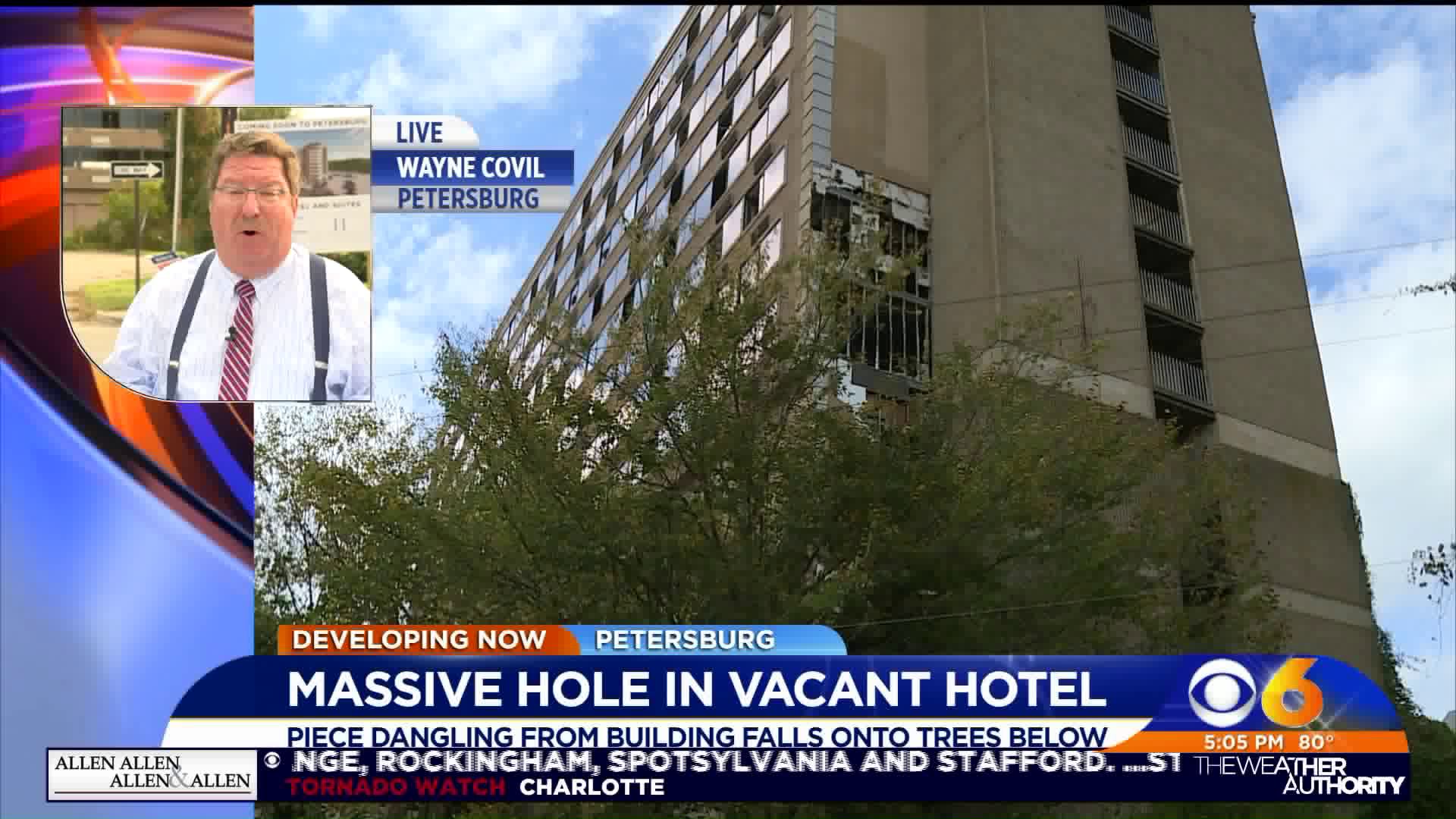 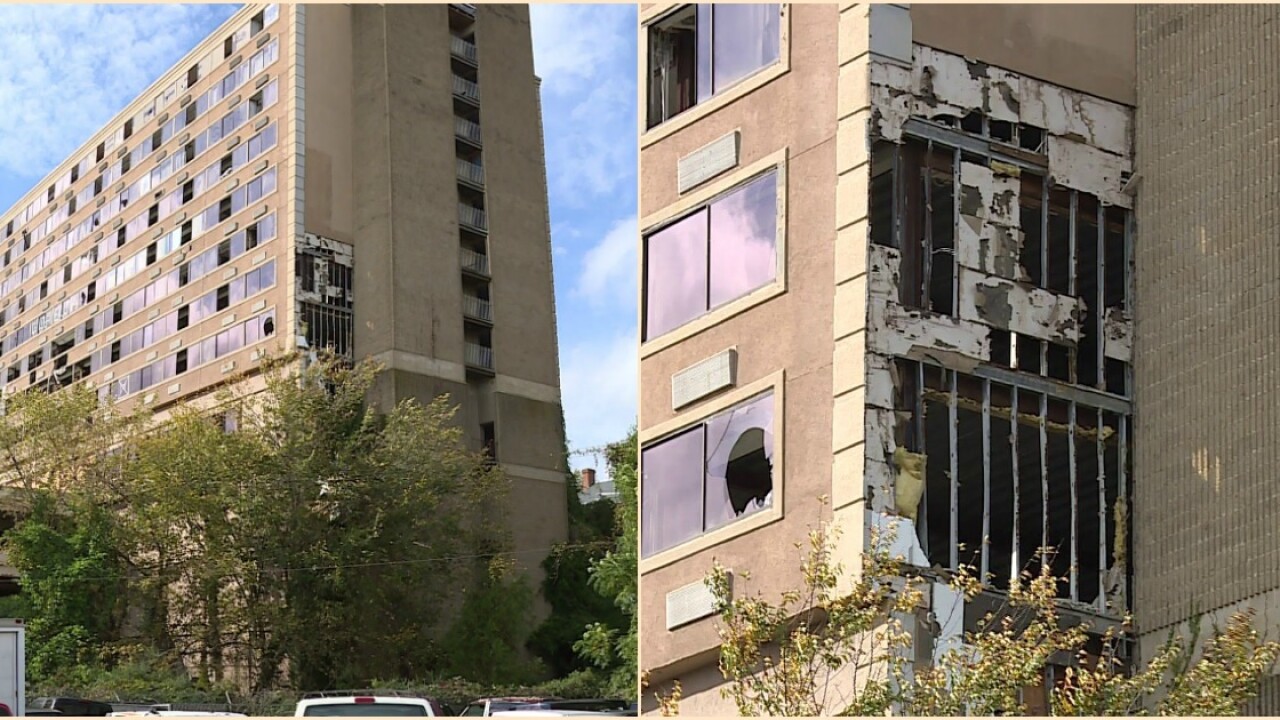 PETERSBURG, Va. – A vacant Petersburg hotel that some called an eyesore for the city, now has residents and city officials concerned about how stable it is.

The Petersburg Fire Department and the Fire Marshal's Office responded to a shuttered hotel between East Washington and Wythe streets, just west of I-95.

A citizen called after spotting a piece of the hotel dangling.

Officials say an estimated 24 feet long by 10 feet wide piece eventually fell and is now lodged in some trees below.

There is now a massive hole where that dangling piece once hung.

Petersburg Fire Marshal Jim Reid says he contacted the owner of the building, requesting a repair crew be sent immediately.

With a pending storm and now tornado watch Thursday evening, there are concerns gusting winds could pull unsecured pieces off the building.

"I'm extremely concerned, it's important that anything that can become airborne is removed from the building so that it lessens the possibility of any further damage and the safety of our citizens," said Petersburg Fire Marshal Jim Reid.

The shuttered hotel has been a problem for Petersburg for several years. Home and business owners continue to complain about its appearance as it sits at the gateway into the city.

The property owner contends it will be renovated and a 141-room hotel and suites will be built on the site.