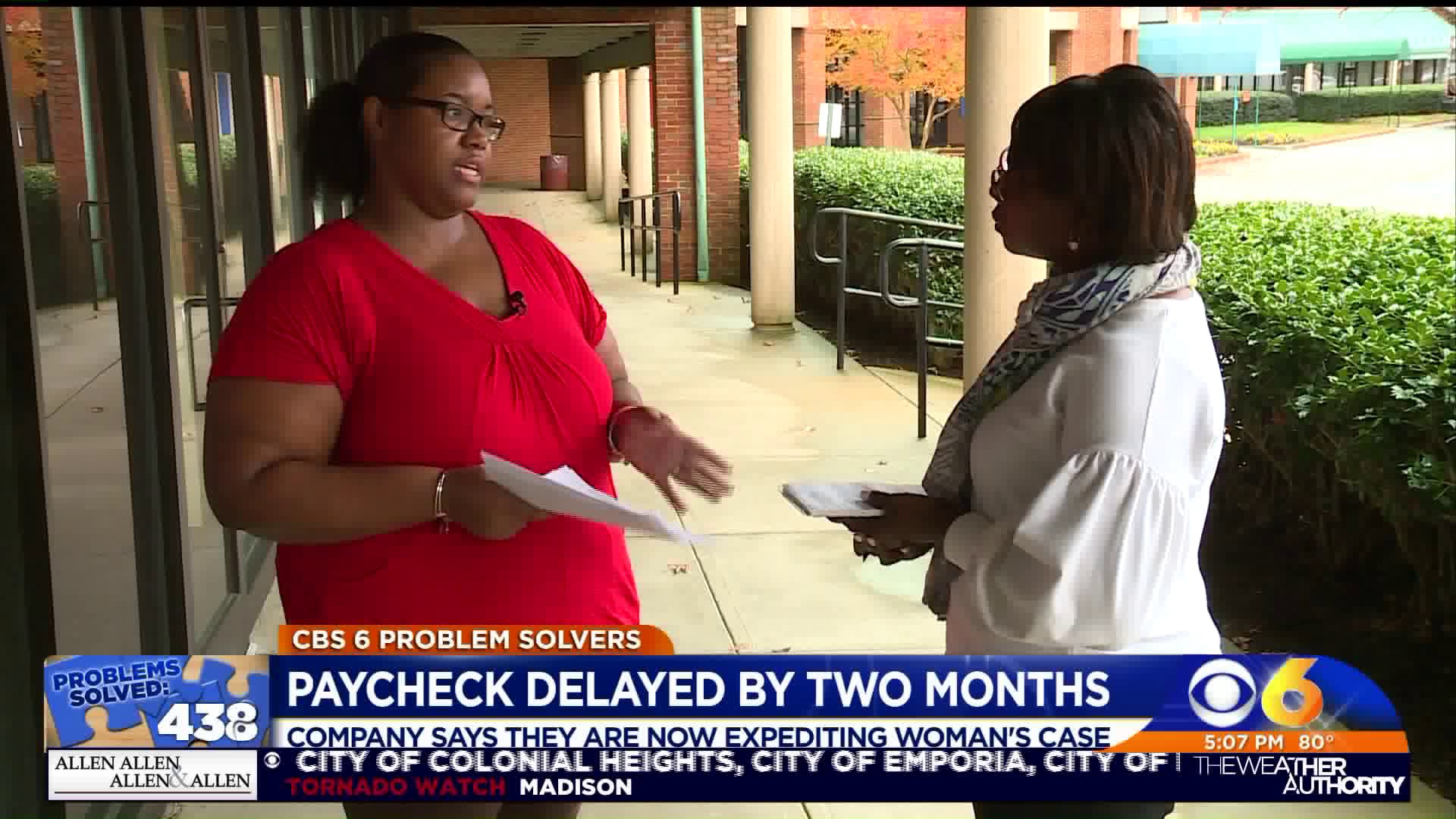 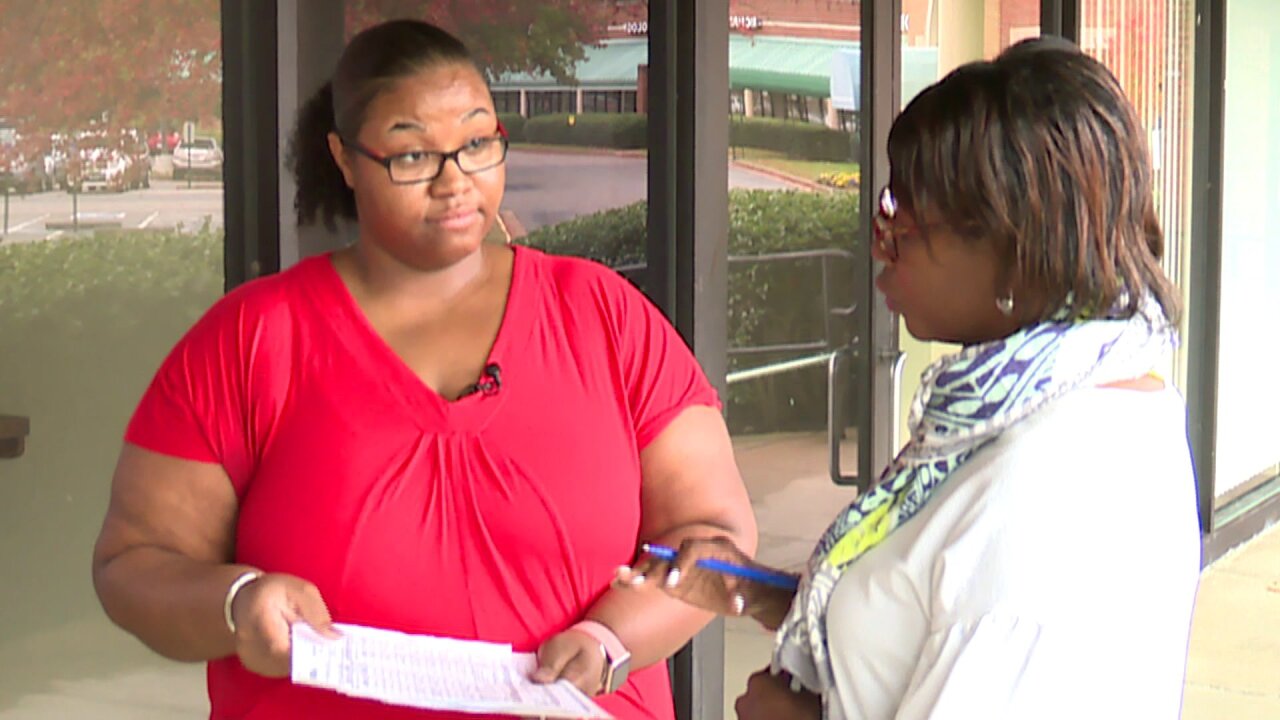 CUMBERLAND COUNTY, Va. -- When she stepped in as caregiver for a relative who is disabled, Shaunteshia Thornton never imagined being compensated by the company, Consumer Direct Care Network, would take so long. As of Thursday, she says she was four paychecks behind.

Thornton says she’s pretty meticulous about keeping track of the work hours she puts in as an aide for her cousin, who is partially blind and is a double amputee.

She says her timesheets go back to late August when she became a care giver for Latasha Brooks, and she qualified to receive payments through Consumer Direct Care Network.

She says she submitted all of the paperwork she was told was necessary, but after two months, numerous emails and phone conversations with reps at Consumer Direct Care Network, Thornton says she never received a paycheck.

“It’s very frustrating that multiple people see these messages from when I call in, but nothing is being done,” Thornton said.

The Cumberland County woman says one time she was told she needed a background check form notarized. After she completed that, she says she was told that all of her paperwork was in and she would be paid.

But Thornton says it never happened and she says when her cousin called to attempt to resolve the matter, there were mixed messages given.

“Someone reached out to her on Tuesday and said I had missed a form," Thornton explained. "The care coordinator had told me everything was completed except the background check. It’s just frustrating when one says this, and one says that.”

The CBS 6 Problem Solvers contacted Consumer Direct Care Network and within hours the President and CEO of the company, Ben Bledsoe,  called back and said he directed workers to look into her case and send her payment immediately.

While Bledsoe says they found a form was missing, he couldn’t explain why it took so long for Thornton to be notified.

Bledsoe acknowledged that Thornton ran into barriers that shouldn’t have existed.

He explained that his team will work to make any necessary changes to ensure a better experience for all.

Bledsoe said the plan was to cut her a paycheck on Thursday and she should receive her money by Friday.

Just after news time, Thornton contacted the CBS 6 Problem Solvers to report that Thursday evening she was able to pick up her paycheck.