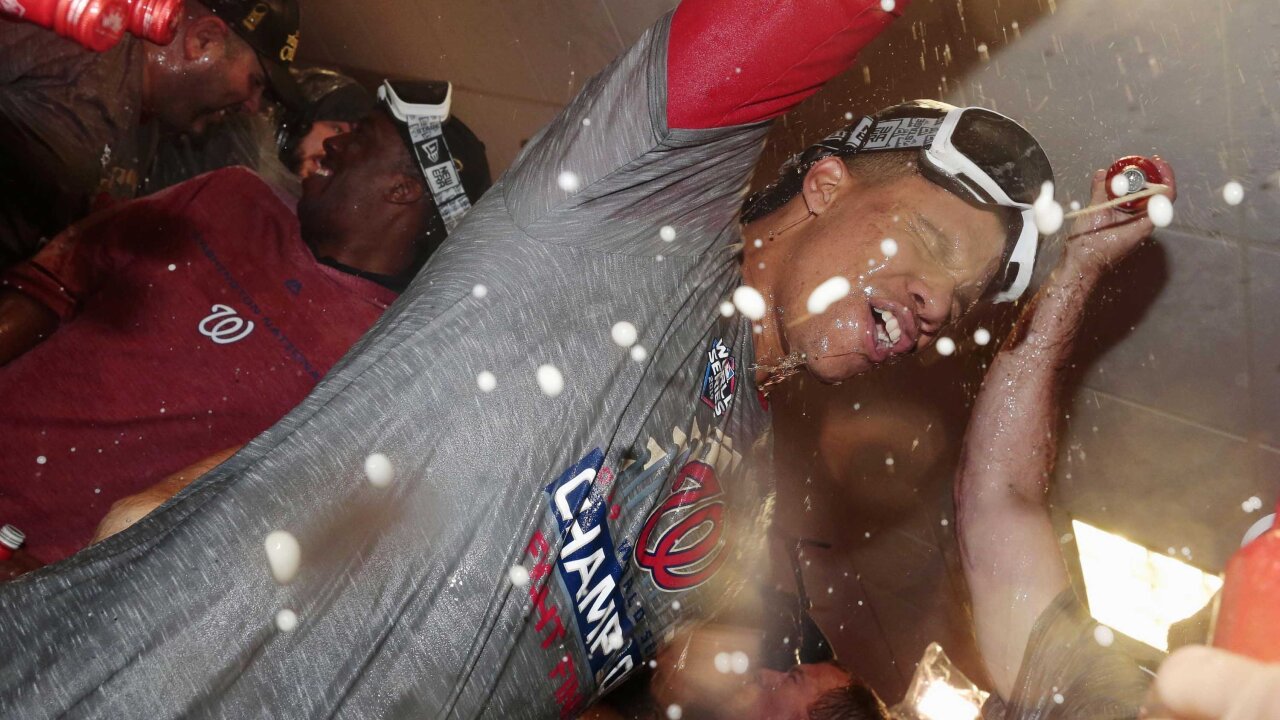 Washington Nationals outfielder Juan Soto is pictured in a champagne fight after the team’s World Series victory over the Houston Astros on Oct. 30, 2019, in Houston, Texas.

Washington Nationals outfielder Juan Soto is pictured in a champagne fight after the team’s World Series victory over the Houston Astros on Oct. 30, 2019, in Houston, Texas.

The Champagne and beer flowed continuously in the Washington Nationals clubhouse after the team won its first World Series in franchise history.

And for the first time, Juan Soto — who turned 21 on Friday — could legally drink with his teammates.

“I’m thankful to be celebrating this with my first beer with these guys,” Soto said Wednesday night, according to MLB.com. “This is incredible.”

Previously, Soto had stuck to beverages like sparkling grape juice for the Nationals’ previous celebrations as they advanced deep into the playoffs.

He doesn’t have to do that anymore.

While being interviewed by CNN’s Andy Scholes, Soto — donning goggles and holding his beer — was surrounded by his teammates, who giddily poured beer all over him.

“It’s amazing,” Soto said of the moment to Scholes. 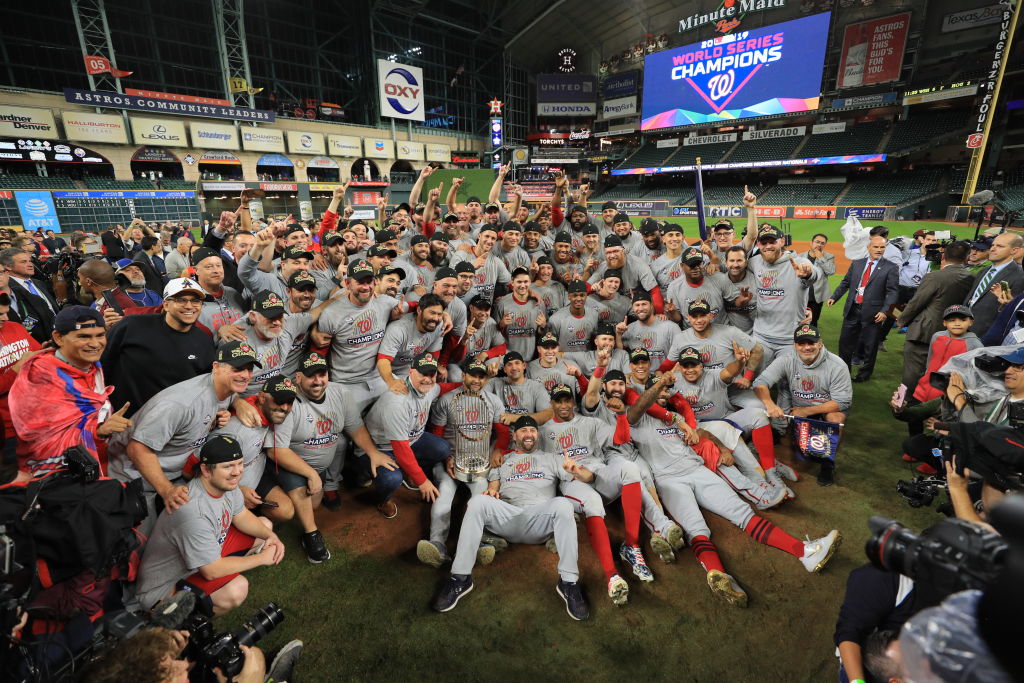 Hailing from Santo Domingo, Dominican Republic, Soto made his Major League debut in May 2018 and rose to stardom quickly. This year, in his first full season, Soto finished with 34 home runs, 110 RBI and a 4.7 Wins Above Replacement (WAR) in 150 games.

His production continued into the postseason. Soto had nine hits in the Fall Classic, including two in Game 7. On Wednesday, according to MLB.com, Soto became the second player to have an RBI in a World Series Game 7 at age 21 or younger, joining Mickey Mantle.

“He had his first beer tonight, which is kind of nice,” manager Dave Martinez said. “But you look at a 21-year-old kid that’s just out there having fun like he’s playing stick ball in the backyard. That’s who he is. He loves the moments. He loves going up there and picking up his teammates.”